22. A Chief of Defence Staff for India (with Admiral Arun Prakash and Lt. General Prakash Menon)

A Reform Idea Older Than the Republic! 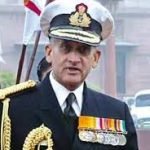 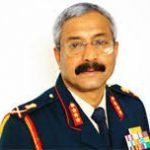 Admiral Arun Prakash and Lieutenant General (Dr) Prakash Menon discuss the creation of a Chief of Defence Staff (CDS) position in India in 2019-2020, a reform idea that is even older than the Republic of India. The Admiral and the General discuss the history of the CDS story, how the idea got new life after the Kargil war, and what was finally implemented in 2019 and 2020. They also discuss the path ahead for India’s first CDS, and the challenges that need to be tackled in defence policy, planning and strategy, as well as other defence reforms such as the creation of theatre commands or regional commands.

Admiral Arun Prakash served as India’s 20th Chief of Naval Staff, Chairman of the Chiefs of Staff Committee, and was a naval aviator. He also served on the 1999 Arun Singh taskforce as well as the Naresh Chandra Committee on national security reforms. He is on twitter at @arunp2810.

Lt General (Dr) Prakash Menon is Director of the Strategic Studies Programme at The Takshashila Institution, and former Military Adviser in the National Security Council Secretariat. He is the author of the book, ‘The Strategy Trap – India and Pakistan Under the Nuclear Shadow’, and is on Twitter at @prakashmenon51.