A Chief of Defence Staff for India (with Admiral Arun Prakash and Lt. General Prakash Menon)

A Reform Idea Older Than the Republic! 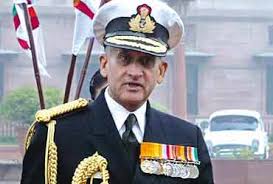 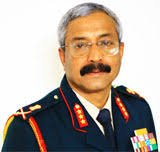 Admiral Arun Prakash and Lieutenant General (Dr) Prakash Menon discuss the creation of a Chief of Defence Staff (CDS) position in India in 2019-2020, a reform idea that is even older than the Republic of India. The Admiral and the General discuss the history of the CDS story, how the idea got new life after the Kargil war, and what was finally implemented in 2019 and 2020. They also discuss the path ahead for India’s first CDS, and the challenges that need to be tackled in defence policy, planning and strategy, as well as other defence reforms such as the creation of theatre commands or regional commands.

Admiral Arun Prakash served as India’s 20th Chief of Naval Staff, Chairman of the Chiefs of Staff Committee, and was a naval aviator. He also served on the 1999 Arun Singh taskforce as well as the Naresh Chandra Committee on national security reforms. He is on twitter at @arunp2810.

Lt General (Dr) Prakash Menon is Director of the Strategic Studies Programme at The Takshashila Institution, and former Military Adviser in the National Security Council Secretariat. He is the author of the book, ‘The Strategy Trap – India and Pakistan Under the Nuclear Shadow’, and is on Twitter at @prakashmenon51.

(Correction: Around 09:00 in the episode, Gen. Menon mentions that the Indian Navy and Air Force was commanded by Two-Stars before 1965. This should have been Three-Stars).

Admiral Arun Prakash served as India’s 20th Naval Chief and Chairman, Chiefs of Staff. An aviator by specialisation, during his 40 year career, he commanded a carrier-borne fighter-squadron, a naval air station and four warships; including the aircraft-carrier INS Viraat. He has also logged over 2500 hours in fighters, patrol aircraft and helicopters.In flag rank he commanded the Eastern Fleet, the National Defence Academy, the Andaman & Nicobar Joint Command and the Western Naval Command.

As staff, he served as the head of the Aviation and Personnel Branches of the navy and as the Vice Chief of Naval Staff. During his tenure at the helm, the navy saw many initiatives being launched in the fields of doctrine,strategy, transformation and foreign maritime cooperation.He is a graduate of the IAF Test Pilots School, Defence Services Staff College and the US Naval War College. During the 1971 War, he was awarded the Vir Chakra while flying with an IAF fighter squadron in the Punjab.

Post-retirement, he served two terms as a member of the National Security Advisory Board and was Chairman of the National Maritime Foundation.He served on the 1999 Arun Singh Task force as well as the Naresh Chandra Committee on national security reforms.

Lt Gen Menon joined the Indian Army in 1972. He has extensive operational experience in commanding counter-insurgency operations in Central, North and South Kashmir. He was the Major General Staff of the army’s Northern Command responsible for operations in J&K and the Commandant of the National Defence College, New Delhi. After his retirement in 2011, he continued in government as the Military Advisor and Secretary to Government of India and from 2015 as Officer on Special Duty in the National Security Council Secretariat.

He has a PhD from Madras University for his thesis “Limited War and Nuclear Deterrence in the Indo-Pak context”. He was appointed by the Union Cabinet as a member of an expert group for the creation of the Indian National Defence University. He is the author of ‘The Strategy Trap- India and Pakistan Under the Nuclear Shadow’.

Lt Gen Menon has been decorated with three Distinguished Service awards – PVSM, AVSM and VSM. Post-retirement, he continues to teach and research, with a special focus on the role of force in statecraft.