Women of the Records

An Archive of Indian Music Initiative 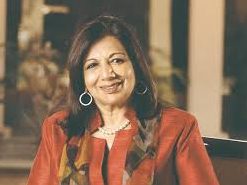 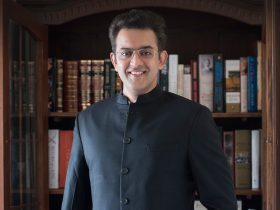 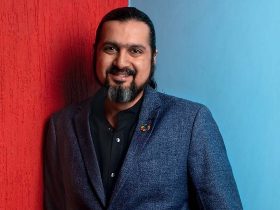 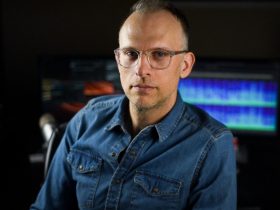 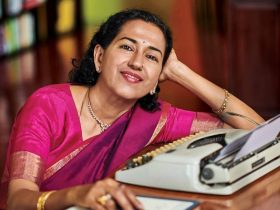 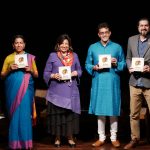 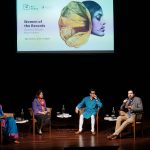 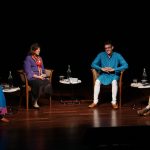 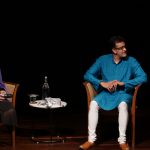 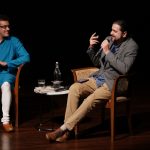 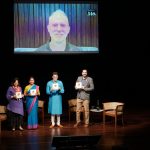 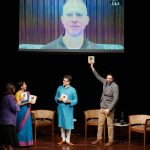 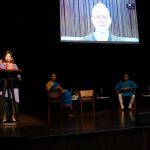 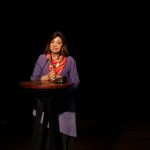 The session features a panel discussion on women in music interspersed with actual singing and playing of vintage gramophone records from the book. This event is based on the book ‘Women of the Records‘ authored by Vikram Sampath and has music mastered by Michael Graves; produced by Ricky Kej and Vikram Sampath. The book will be released by Kiran Mazumdar Shaw.

The advent of the gramophone to India in 1902 marked a path-breaking milestone in the annals of Indian classical music.  The Gramophone Company in London set its recording experts out on ‘expeditions’ across the world to record voices from different cultures and backgrounds. Interestingly in these early decades of recording, all over India it was women who embraced the challenge and went ahead and recorded, overcoming a lot of social and aesthetic taboos that plagued this nascent technology. These women largely belonged to the courtesan community of tawaifs and devadasis, in North and South India respectively. A majority of the male musicians kept away from recording. It is indeed a tribute to the grit, ingenuity, farsightedness, and creative genius of these women that they went ahead and recorded despite numerous shortcomings, thereby becoming pioneers of the music industry in the country.

Despite the pioneering role played by these women, their stories have largely been forgotten, thanks to the prudery of an entire generation of social reformers, Christian missionaries, the British Government and elite Indians, who consigned them to the bins of history by banning them as common prostitutes. The Anti-Nautch campaign that was waged against them in the twentieth-century has obliterated their life-stories and also their contributions to the art form. This book is a work of historical reconstruction—literally gathering fragments from the bin of history and putting them together to create a semblance of a largely distorted jigsaw puzzle.

This book features the indefatigable stories of the women and their adapting to recording technology, featuring 25 such inspiring women from 1902 to 1947. The book comes with a CD of digitized and mastered tracks of these artists. The 78 RPMs of these women have been sourced by the Archive of Indian Music (AIM) from the most pitiable conditions in flea markets and shanties across India

*Please note: BIC Venue events need attendees to be vaccinated with at least one dose and to comply with all health and safety protocols

A pioneer of the biotechnology industry in India and the head of the country’s leading biotechnology enterprise, Biocon, Ms. Kiran Mazumdar-Shaw is a highly respected businesswoman. Ms. Mazumdar-Shaw, a first generation entrepreneur, has made her country proud with a globally recognized biopharmaceutical enterprise that is committed to innovation and affordability in delivering world-class therapeutics to patients globally.

Kiran Mazumdar-Shaw is the Chairperson and Managing Director of Biocon, Asia’s leading bio-pharmaceuticals enterprise. Named among TIME magazine’s 100 most influential people in the world, she is recognized as a global thought leader for Biotechnology. Under her stewardship, Biocon has evolved since its inception in 1978 from an industrial enzymes company to a fully-integrated, innovation-led, emerging global biopharmaceutical enterprise committed to reduce therapy costs of chronic conditions like diabetes, cancer and autoimmune diseases.

As a global influencer, she is ranked among ‘World’s 25 Most Influential People in Biopharma’ by Fierce Biotech, Forbes magazine’s ‘World’s 100 Most Powerful Women’ and Fortune’s ‘Top 25 Most Powerful Women in Asia-Pacific.’ She has been recognized as the only Indian on Forbes’ list of ‘World’s Self-Made Women Billionaires.’ She has been featured in ‘The Worldview 100 List’ of the most influential visionaries by Scientific American magazine and named among the ‘100 Leading Global Thinkers’ by Foreign Policy magazine. She has ranked No. 1 in the Business Captains category on ‘Medicine Maker Power List’ 2018, an index of the 100 most influential people across the globe in the field of medicine, where she has been among the Top 10, consecutively since 2015. Most recently, she is elected as a full-term member of the Board of Trustees of The MIT Corporation, USA.

Importantly, she has been recognized with the Padma Shri (1989) & the Padma Bhushan (2005), two of India’s prestigious civilian honors. 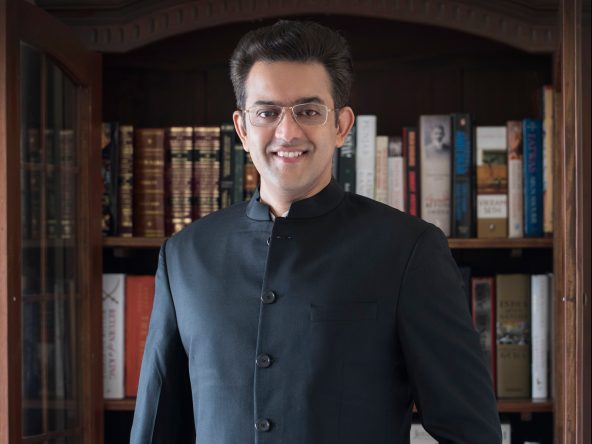 Bangalore based historian, Dr. Vikram Sampath is the author of six acclaimed books: Splendours of Royal Mysore: the Untold Story of the Wodeyars; ‘My Name Is Gauhar Jaan: The Life and Times of a Musician’, ‘Voice of the Veena: S Balachander -­‐ A Biography’ and ‘Women of the Records’. His latest books are the two-volume biography – ‘Savarkar: Echoes from a Forgotten Past’ and ‘Savarkar: A Contested Legacy’ from Penguin Random House India – both of which have gone on to become National Best Sellers.

Dr. Sampath was recently conferred the honour of being elected as a Fellow of UK’s prestigious Royal Historical Society. He was awarded the Sahitya Akademi’s first Yuva Puraskar in English literature and the ARSC International Award for Excellence in Historical research in New York for his book on Gauhar Jaan.

The book has also been adapted to theatre as a play “Gauhar” by Lillette Dubey and is being adapted to a Bollywood film by Ashutosh Gowariker. Dr. Sampath was among the 4 writers and artists to be selected as a Writer-in-Residence at the Rashtrapati Bhawan in 2015. He has a Doctorate in history & music from the University of Queensland, Australia and was a Senior Research Fellow at the Nehru Memorial Museum and Library, New Delhi. He is also an Aspen Global Leadership Fellow and an Eisenhower Global Fellow 2021.

An Engineer/mathematician from BITS-­Pilani and an MBA in Finance from S. P. Jain, Mumbai, Dr. Sampath is also a trained Carnatic vocalist. He has established the Archive of Indian Music, India’s first digital sound archive for vintage recordings, is the Founder-­Director of the Bangalore Literature Festival, Indic Thoughts Festival and ‘ARTH-­‐ A Culture Fest’. 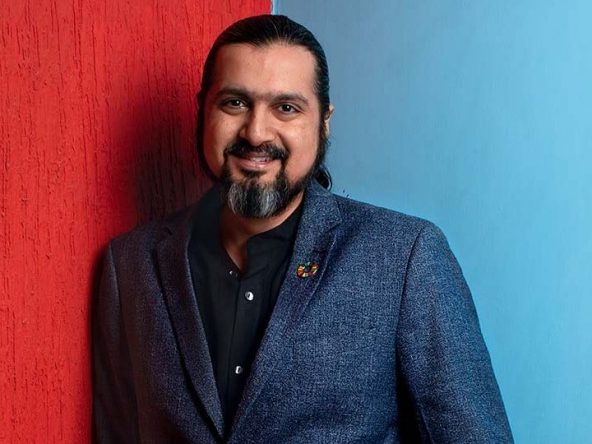 Grammy® Award Winner & US Billboard #1 artist, GQ Hero 2020, Ricky Kej is an internationally renowned Indian Music Composer and Environmentalist. He has performed at prestigious venues in over 30 countries, including at the United Nations Headquarters in New York and Geneva. Ricky has won more than 100 music awards in over 20 countries. He has been Awarded “United Nations Global Humanitarian Artist” and is also the “Youth Icon of India”.

Ricky has been named as one of the 100 Real Leaders who ‘Inspire the Future’. He is the UNESCO MGIEP “Global Ambassador for Kindness”, UNCCD “Land Ambassador”, UNICEF “Celebrity Supporter” & Ambassador for “Earth Day Network” 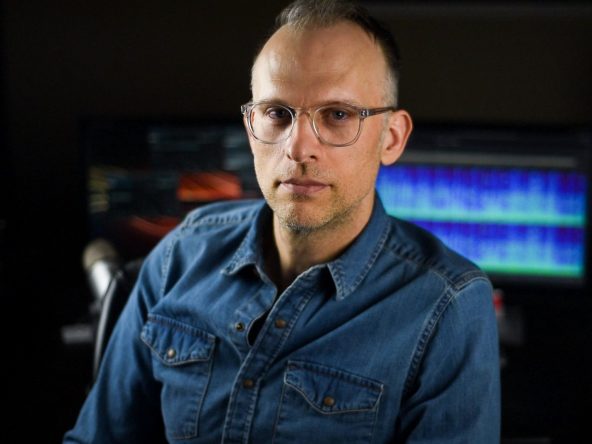 Michael Graves is an American mastering engineer. He specializes in audio restoration and audio preservation. Graves is a three-time Grammy award-winner and a ten-time Grammy nominee. He is widely considered one of the best audio engineers in his field. Country singer Hank Williams’ daughter Jett praised Graves’ work on her father’s Grammy-winning album The Garden Spot Programs, 1950, calling it “the best restoration I’ve ever heard before, the 1% of 1% of restoration engineering.”

Graves has worked on a wide variety of archival musical projects, working with clients from around the world. Graves’ main focus is historical audio that was recorded on deteriorating or obsolete media, as well as more recent recordings on which the sound is obscured for various reasons, utilizing tools and techniques to restore the original audio. His work has often been compared to that of an archaeologist because of Graves’ similarly painstaking process of cleaning and restoring old and often damaged archival material. He works with such record labels as Dust-to-Digital, Analog Africa and Omnivore Recordings, which specialize in historical recordings. He has also remastered recordings for commercial release by artists such as Hank Williams, Big Star, Blondie, Nina Simone, Erroll Garner, Buck Owens and Bobby Rush.

Graves owns and operates Osiris Studio, a Los Angeles-based mastering and audio-restoration services facility that provides audio services to the entertainment and archival communities. The studio is named after the Egyptian god of resurrection, reflecting Graves’ interest in bringing recordings “back to life”. 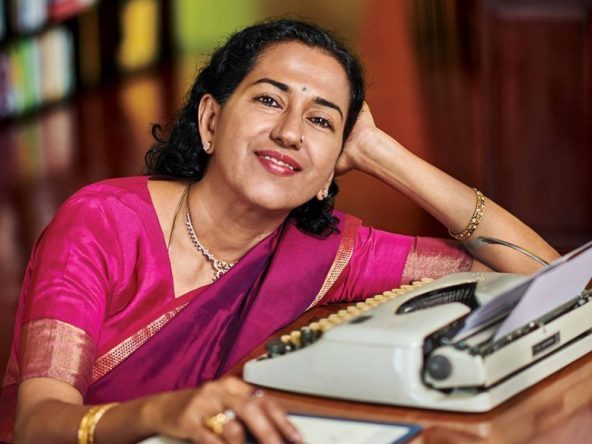 Shoba Narayan is the author of five books. She has been a journalist and columnist for over 30 years, writing about dance, music, the arts, travel, food and culture for global publications, winning a James Beard award and Pulitzer Fellowship. She is a trained Carnatic singer and an avid rasika of the performing arts. Her lifelong mission is to get fit without exercising and lose weight without dieting. She is nowhere near achieving this goal.