Who is Kabir, and Where Should We Look to Find Him? 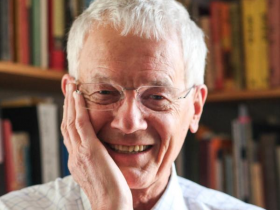 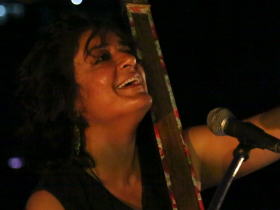 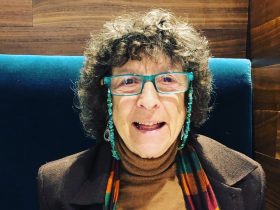 Kabir’s name means ‘great’, and as Prof. John Stratton Hawley has pointed out, the early anthologies and biographies show that his greatness was perceived differently by different people. In his talk titled ‘Kabir’s Ram, and his Loom’, Prof. Hawley explores a few poems in which Kabir works outward from his life as a weaver. How does his Ram relate to his loom, and if he is a Vaishnava, what kind? Prof. Hawley works with poems that are attested in the 17th century or earlier.

In her talk ‘Shabd Ki Dor: The Thread of the Word,’ Shabnam Virmani asks: What possibilities are held in the experience of a Kabir ‘poem’ as a ‘song’? Exploring questions of authenticity, orality, meaning and experience in the vibrant satsang traditions of Kabir and other mystics, Shabnam will share poems, sing snatches of some songs and offer some reflections based on her research and travels in the villages of Malwa, Rajasthan, Gujarat and Pakistan.

In her response to ‘Who is Kabir, and where should we look to find him?’ Prof. Linda Hess says: Kabir didn’t write anything, but other people collected and wrote down poetry attributed to him. I started my study of Kabir in 1976, working with written texts available in printed books. I changed my approach from 2002 to 2015, devoting myself to the study of oral traditions, spending countless hours with singers in India, learning how kabir vani is performed, interpreted, used, changed, and passed on in live oral situations. I thought about how to understand “orality,” and about the relations, both experientially and historically, between songs we hear live and poems we read in books. This work resulted in my book Bodies of Song: Kabir Oral Traditions and Performative Worlds in North India. In the last two years, I’ve had the opportunity to work on an important early manuscript of Kabir. This manuscript, now located in a private library in Jaipur, was written between 1614 and 1622 by a scribe associated with the Dadu Panth. It’s a huge collection of poems in different genres, opening a window on how Kabir became “Kabir” in a particular place 400 years ago. After a very brief description of my work on oral traditions, I will offer a few examples of poems from this manuscript, giving a taste of its range of content and styles. To answer the opening question: We should look everywhere to find Kabir−in oral traditions, written traditions, and newer media. 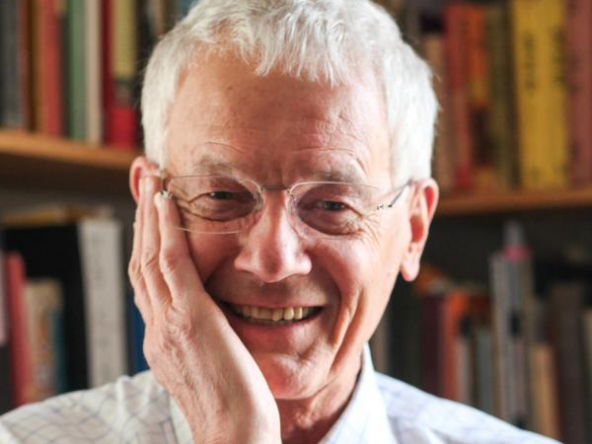 John Stratton Hawley—informally, Jack—is Claire Tow Professor of Religion at Barnard College, Columbia University. His most recent books on India’s bhakti traditions are A Storm of Songs: India and the Idea of the Bhakti Movement (Harvard, 2015), Sur’s Ocean (with Kenneth Bryant, Harvard, 2015), and a poem-by-poem commentary called Into Sur’s Ocean (Harvard Oriental Series, 2016). In the last chapter of Surdas: Poet, Singer, Saint (Primus, 2018), “An Afterlife in Art,” he changes medium, moving from text to miniature painting. Jack has been a Guggenheim Fellow and a Fulbright-Nehru Fellow, and is a member of the American Academy of Arts and Sciences.

Jack Hawley’s reflections on Kabir—both his poetry and his life story—appear in Songs of the Saints of India (with Mark Juergensmeyer, Oxford, 2004) and in Three Bhakti Voices (Oxford, 2012). Recently he asked “Can There Be a Vaishnava Kabir?” (Studies in History, 2016) and wondered whether Kabir really belongs to the fifteenth century, as most people say, or should rather be situated in the sixteenth. Of course, Kabir also belongs to our own time, and Jack has been interested to see how Kabir comes across to English speakers living in places like the United States. He is a great admirer of Linda Hess’s translations, but he has also tucked himself away at the back of Robert Bly’s much-read Kabir: Ecstatic Poems (Beacon, 2006) in an afterword called “Kabir and the Transcendental Bly.” As for present-day India, it is the subject of Krishna’s Playground: Vrindavan in the 21st Century, published earlier this year by Oxford University Press, Delhi. 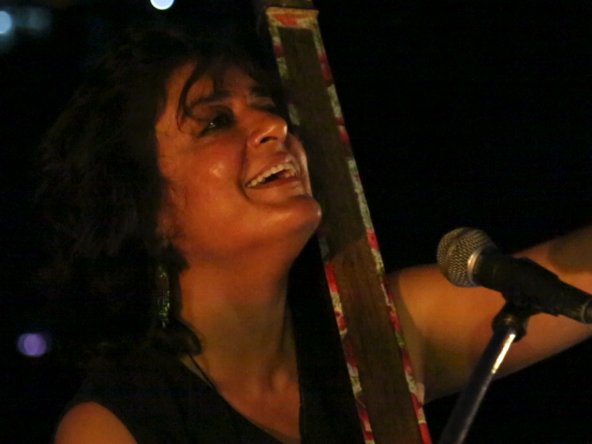 Filmmaker, singer and writer Shabnam Virmani has been exploring the philosophy of Kabir, Shah Abdul Latif Bhitai and other mystic poets through a deep engagement with their oral folk traditions for close to two decades, ever since the riots of Gujarat in 2002 propelled her on this quest. Her deep inspiration in this poetry and its wisdom has taken the shape of four documentary films on Kabir and the creation of a vast digital archive on mystic poetry and music called Ajab Shahar, as also translating, writing, curating and organizing urban festivals and rural yatras and more recently, infecting students with the challenge and wonder of mystic poetry. She has co-authored two books I Saw Myself: Journeys with Shah Abdul Latif Bhitai (Penguin, 2019) and One Palace, a Thousand Doorways: Songlines through Bhakti, Sufi & Baul Oral Traditions (Speaking Tiger, 2019) with colleague Vipul Rikhi, and is currently working on a third book Burn Down Your House: Life Lessons from Kabir (upcoming, Aleph). She also curates, interprets and sings a diverse repertoire of folk songs of the mystics to both rural and urban audiences. Her film ‘Kabira Khada Bazaar Mein’ won the Special Jury Prize at the 52nd National Awards in 2011, and the work of the Kabir Project was given the Sadbhavana Award for contributing to inter-faith understanding by Shri Morari Bapu and Vishwagram Trust in Gujarat in 2016. Her work is enabled by the Srishti Institute of Art, Design and Technology in Bangalore, where she is located as artist in residence and the Kabir Project is housed. 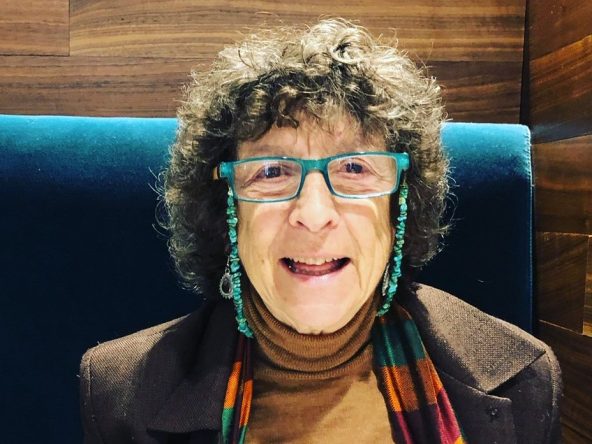 Linda Hess is a scholar-translator whose life-work has centered on the 15th-century poet Kabir. Her publications include The Bijak of Kabir (with Shukdev Singh, orig. 1983; 2nd edition, Oxford University Press, 2002); Singing Emptiness: Kumar Gandharva Performs the Poetry of Kabir (Seagull Books, 2009); and Bodies of Song: Kabir Oral Traditions and Performative Worlds in North India (Oxford University Press/USA and Permanent Black/India, 2015). She has also written about the 16th-century poet Tulsidas and the Ramlila of Ramnagar, an annual 30-day outdoor traveling performance in Varanasi that dramatizes Tulsi’s devotional rendition of the Ramayana. Linda taught in the Department of Religious Studies at Stanford University for 21 years, retiring in 2017. Her courses touched on many aspects of religion in South Asia. She also taught courses on violence, nonviolence, conflict and coexistence—for example, “Gandhi and His Legacy,” “Religious Perspectives on War and Peace,” and “Hindus and Muslims in South Asia.” She was founding co-director of Stanford’s Center for South Asia and co-director of the Peace+Justice Studies Initiative. Her honors include fellowships from the National Endowment for the Humanities and the Guggenheim Foundation.

Linda is happy to be teamed up today with Jack Hawley and Shabnam Virmani. She met Jack at a 1978 conference on bhakti literature in Berkeley, where she gave her first public presentations (which subsequently became her first publications) on Kabir. Jack’s smiling face, his profound knowledge, and his phenomenal output of work in our field have been a joyous presence in her life ever since. She met Shabnam in Malwa, Madhya Pradesh, in 2002. During three days of rushing through villages and listening to Kabir singers, they had so much fun that they haven’t stopped meeting every year since then–in villages and cities, in South Asia and North America, making films, writing books, and celebrating their good luck that what they call “work” is to be immersed in the poetry, song, and culture of Kabir.