US – China Relations: The Birth, Life and Death of Engagement 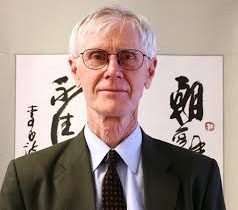 Orville Schell, Journalist and Scholar, a highly regarded China expert will provide a tour de horizon of US- China relations starting with the path breaking Richard Nixon meeting with Zhou Enlai in 1972 to the current low between Donald Trump and Xi Jinping with many in between markers involving multiple players and the 1989 Tiananmen massacre.  As he writes in this piece, ‘if a mourner was to erect a tombstone to engagement, the epitaph might read: Engagement: Born 1972, Died Tragically of Neglect, 2020′. 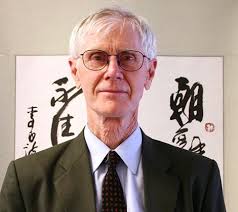 While best known as one of USA’s most well informed and thoughtful observers on China, Orville Schell has also been a ship-hand, a war correspondent in Indochina, a rancher, a journalist reporting for such magazines as The New York Times Magazine, Harpers, The New Yorker, TIME, Wired, and Foreign Affairs. He has been a contributor on China for PBS, NBC, and CBS, where a 60 Minutes program of his won an Emmy. He has also served as a correspondent for several PBS/Frontline documentaries on China and Tibet and covered the war in Iraq for The New York Review of Books.

Orville Schell served for many years as Dean of the Graduate School of Journalism at UC Berkeley. While he remains on the UC Berkeley faculty as Professor Emeritus, he is now Director of the Asia Society’s newly established Center on US-China Relations in New York City. In this capacity, he leads new programs on the environment, the media and foreign policy in an effort promote more constructive dialogue between key Chinese and American leaders. He is also a Fellow at Whetherhead Institute of Asian Studies at Columbia University.

Schell served on the boards of the Climate Policy Institute, Current TV and is a member of the Council on Foreign Relations. His written work includes some fifteen books, ten of them about China, including Virtual Tibet, Mandate of Heaven and Discos and Democracy, as well as the five-volume China Reader. Orville Schell’s book, Wealth and Power: China’s Long March to the Twenty-first Century, examines the factors and personalities that have catalyzed China’s current economic boom and place it in a historical context.

His lecture topics include: “Why There is No Solution to Climate Change Without China”; “Meltdown: Melting Glaciers in The Himalayas: Threat To Asia’s Rivers”; and “Does China’s Economic Development Threaten The US?”

Schell has been honored with fellowships from the Alicia Patterson Foundation, the MacDowell Colony, the Guggenheim Memorial Foundation and the Freedom Forum at Columbia University. He has also received numerous honors, including the Overseas Press Club of America Award, a Page One Award, and, most recently, the Shorenstein Journalism Award from Stanford and Harvard Universities for the best coverage of Asia. He is currently working on issues relating to the environment, politics and economic reform in China. His novel I will lift up mine eyes  will be published by Knopf in 2021.

Schell, who has an active interest in photography, has also written the opening essays for such books as Jack Birns’ Assignment Shanghai, James Whitlow Delano’s Empire: Impressions from China, and Sebastiao Salgado’s Sahel: The End of The Road. In 2018 he was the Executive Producer for Coal + Ice, a documentary photography and video exhibition that charts the effects of climate change on our planet.

Nirupama Rao is a former Indian Foreign Service officer. She retired as Foreign Secretary to the Government of India, the senior most position in the Foreign Service, being the second woman to occupy the post (2009-2011). She was the first woman spokesperson (2001-02) of the Indian foreign office. She served as India’s first woman High Commissioner (Ambassador) to Sri Lanka (2004-2006) and to the People’s Republic of China (2006-2009). She was Ambassador of India to the United States from 2011 to 2013. In retirement she has been a Senior Visiting Fellow in International and Public Affairs at the Watson Institute at Brown University where she has taught an undergraduate seniors course on “India in the World” and George Ball Adjunct Professor at Columbia University’s School of International and Public Affairs. She is currently working on a book entitled “Tell it on the Mountain: India and China, 1949 to 1962”. Ambassador Rao was a Fellow at the India-China Institute of The New School, New York in 2016 and a Public Policy Fellow at The Wilson Center, Washington D.C. in 2017. She was a Jawaharlal Nehru Fellow from 2015-2016 and a Practitioner-in-Residence at the Rockefeller Foundation’s Bellagio Center in Italy in 2017. She is a member of the Board of Governors of the Indian Institute of Management, Bangalore and a Councillor on the World Refugee Council. She has an honorary degree of Doctor of Letters (2012) from Pondicherry University, India. She is a staunch believer in the power of social media as an advocacy platform for policy and currently has over 1.4 million followers on Twitter. In 2016, she received the Vanitha Ratna Award from the Government of Kerala. She also received the Fellowship of Peace Award of the Mahatma Gandhi Memorial Center in Washington D.C in 2018.