A wacky comedy linking ancient Rome and modern Japan via a time tunnel. 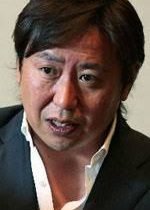 In Collaboration with Consulate-General of Japan, Bengaluru

This movie is based on Yamazaki Mari’s original manga series with the same name “Thermae Romae”, that won “Manga award 2010” and short film award in the “14th Tezuka Osamu cultural prize “.

This wacky comedy whizzes from ancient Rome (128 CE) to modern-day Japan as sacked palace architect Lucius Modestus, providentially as it turns out, finds himself sucked into a time tunnel concealed in the local public bath – surfacing at the other end in a Japanese sento or neighbourhood bathhouse! (Both societies of course being fervent fans of the bathhouse culture, wherein visits to the public bath are social ritual besides washing practice.)

Unclothed Lucius rises like some god in the Japanese bathhouse waters to stun the senior citizens gathered there who Lucius presumes are ‘flat faced slaves’. On the run and naked, he encounters aspiring manga illustrator Mami Yamakoshi who is entranced by his classical features and torso. It is she who is at last able to communicate with him – that is, after taking a crash course in Latin!

What does modern Japan do for the surprise Roman caller?  Starting with fruit-flavoured milk and tummy toners, he discovers the toilet roll (which he assumes is a papyrus scroll), healing hot springs, even jacuzzis. Above all, he is bowled over by the automatic toilet with its built-in bidet-like spray (or ‘washlet’ which according to unconfirmed reports was inspired by the Indian jet spray.) So trip after trip, Lucius returns home with startlingly innovative ideas to delight the minds and bodies of the Romans – above all, Emperor Hadrian himself.

The film is based on Mari Yamazaki’s award-winning manga series with its message of humans bonding as equals in a state of clotheslessness.  The adaptation went on to be one of the top grossers of its time, picked up a number of awards, notably the ‘Best Actor’ for heartthrob Hiroshi Abe, and travelled to film festivals from Japan to Italy to Canada’s prestigious Toronto filmfest.

While English sub-titles blunt the impact of Romans speaking Japanese, established Japanese actors with un-Japanese features were cleverly cast as the Roman characters. Sets at Rome’s Cinecitta studio though were packed with 2,000 extras 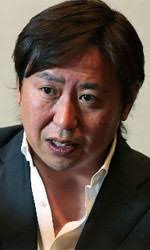 Director Hideki Takeuchi, who began his career in Japan’s noted Fuji Television in 1990, has directed many hit TV dramas. Nodame Cantabile I & II were the movie version of a TV drama, and Thermae Romae his first comedy feature. Thermae Romae II followed. Recent films are Colour Me True (2018), a romantic fantasy about a princess from an old film who comes alive, and Fly Me to Saitama (2019), a fantasy epic on the battle between the ‘uncool’ Saitama province and the ‘cool’ Tokyo city.