Implications for India and China 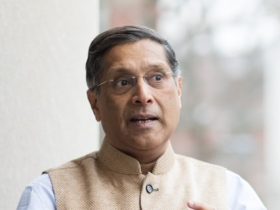 In this session, Arvind Subramanian, Former Chief Economic Adviser, Gov. of India will spell out the five major shifts taking place in the world economy – finance, hyperglobalisation, convergence, geo-politics and global cooperation, and domestic politics in the 2 superpowers. It will focus in particular on the changes occurring in globalisation and how they will differentially impact China and India; China for the worse and India for the better. Can China offset this adverse development to sustain its growth machine? And can India convert these new opportunities into better outcomes? The talk will elaborate on both these questions. 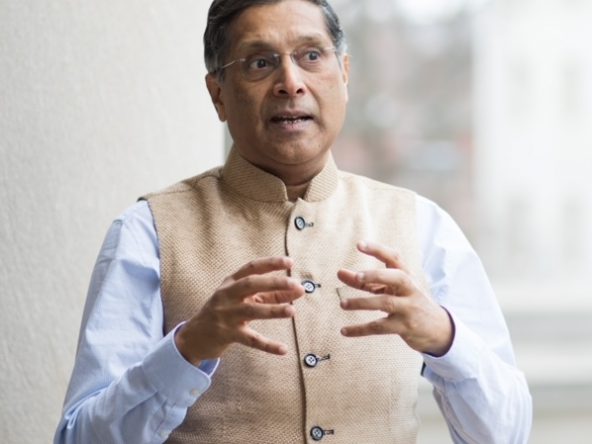 Arvind Subramanian, Chief Economic Adviser (CEA) to the Government of India between 2014 and 2018, is now Senior Fellow, Brown University’s Watson Institute for International and Public Affairs and Distinguished Senior Fellow, Center for Global Development. Previously, he was Professor at Ashoka University (2020-21), taught at the Harvard Kennedy School (2018-2020), and was the Dennis Weatherstone Senior Fellow at the Peterson Institute for International Economics (2011-2014).

Foreign Policy magazine named him as one of the world’s top 100 global thinkers in 2011. As CEA, he oversaw the publication of the annual Economic Survey of India, which became a widely read document on Indian economic policy and development. For example, the 2018 Survey had 20 million views from over 190 countries in its first year of publication.

Among the major ideas and policies he initiated and helped implement were a simplified goods and services tax (GST), attempts to tackle the Twin Balance Sheet challenge, creating the financial and digital platform for connectivity (the so-called JAM trinity), charting a new fiscal framework, and Universal Basic Income. Announcing his departure as CEA, the former Finance Minister, Mr. Arun Jaitley wrote a Facebook post, “Thank You, Arvind.”

His award-winning book Eclipse: Living in the Shadow of China’s Economic Dominance was published in September 2011 and had printed 130,000 copies world-wide in four languages. His latest, best-selling book, reflecting on his time in India, Of Counsel: The Challenges of the Modi-Jaitley Economy, was published by Penguin Random House in December 2018.