The Saga of a Braveheart 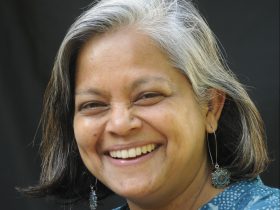 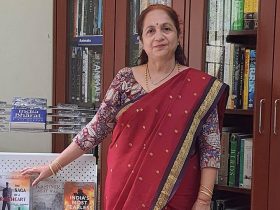 A documentary inspired by the true story of a decorated veteran soldier Lt. Col Ajit V Bhandarkar, Shaurya Chakra who sacrificed his life for the nation on October 30, 1999, while neutralizing terrorists with fierce valor and conviction in Fazal Abad, Jammu district. This documentary is a labor of love by Team MAYA and has been filmed at actual locations where Lt. Col. Bhandarkar served and was martyred. A biography, ‘The Saga of a Braveheart’ has also been written by his wife, Mrs. Shakunthala Bhandarkar. As part of  ‘Azadi Ka Amrit Mahotsav Abhiyaan’, the film has been screened across the nation at more than 50 venues. The movie sheds light on the extent of sacrifices made by the Indian army and their families on a daily basis.

Post the screening of the film, Ms. Maya Chandra and Ms. Shakunthala Ajit Bhandarkar will engage in a conversation. This will be followed by a Q&A. 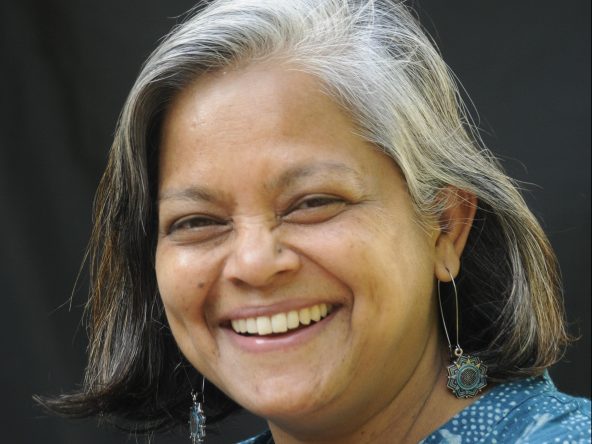 Maya Chandra is a veteran film production entrepreneur and has been in the industry for over 25 years. Armed with a Masters Degree in Mass Communication with a specialization in video film making from Boston, and work experience from Columbia Broadcasting Service, Boston, Maya returned to her roots in Bangalore. At that time, the corporate film industry was in its very nascent stage, and Maya found it an ideal situation to set trends and make a mark. She started off as an editor, one of the few woman editors in Bangalore and then ventured into corporate film productions.

Her creativity and innovative approach to corporate film making earned her several premier clients in the corporate world. Maya Chandra then set up her company – MAYA equipped with the latest technology, offering end-to-end services in video film production. MAYA has worked on a wide variety of domains, and created path-breaking trends in Government & Healthcare Communications. She has worked on an array of socially relevant topics like Armed Forces, Organ donation, Rare Diseases, Special and underprivileged children as part of the company’s ethos of leveraging the power of video for creating awareness, sensitizing about our culture and heritage, national pride and patriotism. 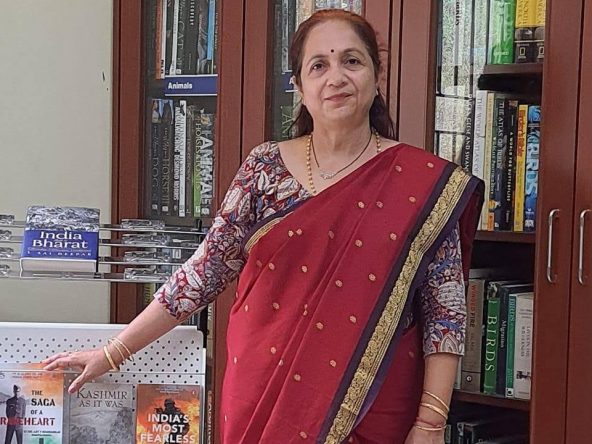 Mrs Shakunthala Ajit Bhandarkar, has done her masters in English literature, and her BEd to follow her passion for teaching. Having served in school across India, she relocated to Bangalore after the martyrdom of her dear husband Lt.Col Ajit Bhandarkar, Shaurya Chakra. She is a trained counselor from Banjara Academy, guided by Dr Ali Khwaja and has completed a certificate course, Nuturing Creativity and Excellence, from IIM Bangalore. Recently she completed a certification from IIMA on Strategic Leadership during changing times. Since the pandemic, she has taken a break from her career as a Edu leader and is presently a social entrepreneur, Founder Director of Metamorphes Foundation and works for the welfare of veterans and families of brave hearts of the Indian Armed Forces. She enables and works towards instilling patriotism through the Lt Col Ajit V Bhandarkar SC Memorial Award in schools across India.

With a total of 3 decades of teaching and administrative experience in school, she has been a CBSE resource person and a CBSE evaluator, for English Senior Secondary level and also well versed with the CBSE affiliation process. She has mentored and groomed about 10,000 students and guided about 1000 teachers in her professional career and going on. She has also worked as an Edu/Academic Consultant for some start up schools in Bengaluru.

She has been awarded and felicitated by various institutions and organizations. She won the second place, in the best teacher award, conferred by Rustomji Foundation Mumbai. In recognition of her services, the Rotary club has awarded the Kalasha Award in the year 2015. She is also a recipient of the Gaurav Puraskar from the Gowda Saraswat Mahila Vrind on Women’s day, 2017 and other great Institutions like Infosys , BMEL, New Horizon Group of Institutions, PES University etc. In year 2021 she was awarded the GSB Saadhaki on Women’s Day by Abaran Timeless Jewellery, Bengaluru.

Recently she has authored a book on her husband, ‘The Saga of Braveheart, Lt Col Ajit Bhandarkar Shaurya Chakra’ and is presently screening the bio pic, The Saga of a Braveheart, by Maya Films, in association with Metamorphes which is based on her husbands biography. This is a part of the Azadi Ka Amrit Mahotsav initiative to bring in awareness about the Service lives and their contribution to the country. Metamorphes Foundation has also initiated the Lt Col Ajit Bhandarkar SC memorial award in schools across India. ‘Shaku the making of the Veernari‘ is a book authored by Capt Ramdass Kamath, which is the biography of Mrs Shakunthala Ajit Bhandarkar.