The Narthaki and Her Repertoire 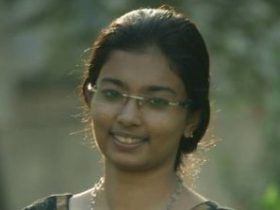 This lec-dem will introduce the elements of Kuchupudi dance forms, highlighting the movements and nuancing the individual expression of style within the larger umbrella of the art form. There will be an exploration of the socio cultural spaces within which this art form originated, showcasing the differences from the dance form of bharatnatayam from the neighbouring state.

Sree Veena Mani began her lessons in Kuchipudi at the age of six in Chennai under Smt Malleswari, subsequently joining gurus Natya Vishardha Smt Seetha Nagajothy and Shri P. Nagajothy. Guru Seetha has been senior teacher at the Kuchipudi Art Academy and has moulded Narthaki Sree Veena Mani in the same manner her guru moulded her years ago strictly in the guru – Shishya Parampara. Now, Narthaki has also begun nurturing the next-generation in the same style. She believes that the best way to spread classical dance is by decoding it and bringing it down to the lowest common denominator while presenting it to young ones. She has taken her teaching all the way to the Caribbean Islands by teaching online.
Sree Veena Mani will also present a performance as part of this session. There will be a Q&A at the end. 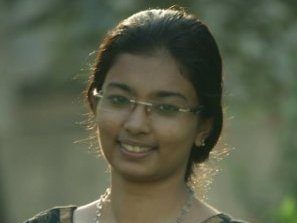 Sree Veena Mani is a Kuchipudi Artiste and Journalist. She is an alumni of Miranda House where she graduated with a B.A. (Hons) degree in History. She is also an alumni of Bharatiya Vidya Bhavan, Delhi Kendra. She has been empanelled with the Ministry of Culture for its Festivals of India Abroad and a winner of the Young Artists’ Scholarship from the Ministry of Culture.

She began her lessons in Kuchipudi at the age of six in Chennai under Smt Malleswari, subsequently joining gurus Natya Vishardha Smt Seetha Nagajothy and Shri P. Nagajothy. She is also a research scholar and has contributed to Nartanam – A quarterly journal on dance. One of her research papers for Nartanam is the origin and relevance of Bhamakalapam – magnum opus of the Kuchipudi repertoire, in the modern context. She has endeavored to document the condition of Kuchipudi in Kuchipudi village, Andhra Pradesh in the form of a documentary.

She has worked with the New Indian Express as an art and culture writer. She has been a journalist with leading business daily – Business Standard, and has won a special mention at the Seema Nazareth award for excellence in print journalism. She covers sectors like insolvency and bankruptcy, civil aviation, railways, pharmaceuticals and corporate affairs. She also writes special features on art and culture. She is currently with the Deccan Herald as a Special Correspondent.

She has been performing as a solo artiste at a number of events such as the Mamallapuram Indian Dance Festival, Taj Mahotsav (organized by Uttar Pradesh Tourism), Baithak (at the Pracheen Kala Kendra in Chandigarh), the 50th Jagannath Rath Yatra Celebrations (at Shri Jagannath Mandir), Cuttack Mahotsav, and Divine Inspirations – an evening of dance (organized by Ministry of Culture at the Lok Kala Manch, New Delhi). She has also performed during the famous kutchery season in Chennai at Narada Gana Sabha at the Vishesh Kala Poshakam Utsavam (a programme organised by Sri Mylapore Trio). She has further performed as a solo artiste during the prestigious Sasthapreethi festival (at Noorani Village, Palakkad, Kerala). Her other solo performances have been at the Panguni Uthiram celebrations (organized by Uttara Guruvayurappan Temple, Delhi), the Epicentre (Apparel House, Gurgaon) and also during the Vaikuntha Ekadasi celebrations (at Uttara Guruvayurappan Temple, Delhi). She has also given solo performances during various functions organized by Miranda house, University of Delhi as also at the inaugural ceremony of Antardhvani – the multidimensional cultural festival organized by University of Delhi.

Some of her other performances along with her Dance school include the Rukmini Devi Arundale Festival (organized by Bharatanatyam Guru Smt Jayalakshmi Eshwar in New Delhi) and the dance festival organized by International Federation of Kuchipudi Artists (IFKA) in October 2011 at Chennai in honour of Padma Bhushan Guru Dr. Vempati Chinna Satyam’s 80th Birthday. She has performed at the Festival on Arts of Andhra Pradesh (organized by Andhra Pradesh Tourism at Delhi). Further, she has performed at the Republic Day celebrations organised by ONGC at Dehradun. She has performed at the 35th Annual Cultural Festival 2011 on the occasion of the 89th birth anniversary of Padmashri Ghantasala at the Andhra Bhavan as also the Ugadi festival celebrations at Tamil Sangam and Andhra Pradesh Bhavan.

Narthaki Sree Veena has choreographed excerpts of Rabindranth Tagore’s Chandalika for the annual history department festival of Miranda House – Tarikh. Considering the nature of children, Veena has attempted to choreograph a nottuswaram for her students to keep them engaged and understand Kuchipudi better, and has been performed too.