The Ironman from Bengaluru 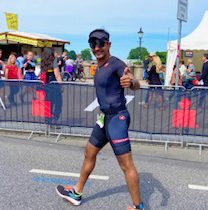 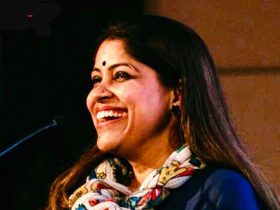 The Ironman Triathlon is widely considered one of the most difficult single day sporting events in the world. Most Ironman events have a time limit of 16 or 17 hours to complete the race, course dependent, with the race typically starting at 7 am and concluding late into the night. The mandatory cut off time to complete the 3.8 km swim is 2 hours 20 minutes.

Shreyas Hosur from Bangalore became the first officer from the Indian Railways and the first officer from the non-uniformed Civil Services to complete the gruelling Ironman Triathlon held at Hamburg in Germany on June 5th 2022. Thirty-four-year-old Shreyas completed the race, considered to be the toughest single-day event in the world, in 13 hours 23 minutes 36 seconds.

In Nov 2016, Shreyas was chosen for deputation to the National Technical Research Organisation (NTRO) under the PMO. For his contribution in a critical assignment, he was awarded with the second highest award – the Vishwakarma Award. During his stint at NTRO, Shreyas also worked with the Indian Army in the Counter Terrorism Operations in the North East for a short duration.

Shreyas has been an avid athlete and an adventure enthusiast. He has several firsts to his name. Among the notable ones, in 2022 Shreyas created history by becoming the first officer in the history of Indian Railways and the first officer from the non-uniformed Civil Services to complete the Ironman triathlon held in Hamburg, Germany. In 2015, Shreyas became the first officer from the Railways to have trekked with the Indian Army up to Kumar Post (16,000ft), on the Siachen Glacier. An NDTV documentary titled ‘Siachen – Journey to the World’s Highest Battlefield’ features Shreyas’ journey to the glacier. In 2018, Shreyas along with his wife (and batchmate from the Indian Defence Estates Service), Divya Hosur, currently serving as General Manager, Bengaluru Metro Rail Corp Ltd, became the first couple from the Civil Services to summit Stok Kangri Peak (6,070m) in Ladakh, together.

In sports, Shreyas has also been active in taking part and winning several prizes. At the 2021 State Level Masters Swimming Meet held in Bengaluru, Shreyas won 2 Silver Medals and 1 Bronze Medal. He is an avid runner and a long distance swimmer. Shreyas is also a certified Skier, Scuba Diver and Paraglider. He has also trained in the equestrian form of horse-riding.” 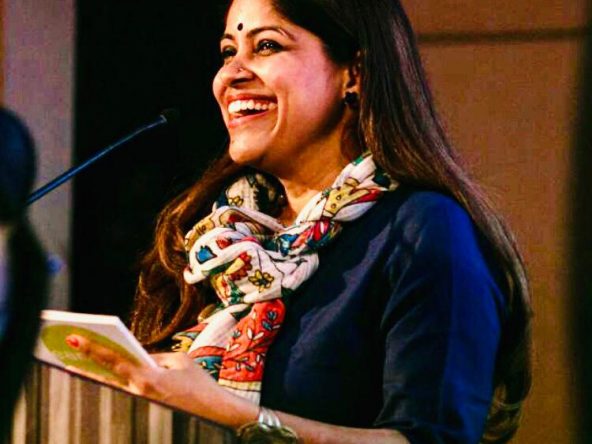 Vasanthi Hariprakash is an award-winning radio anchor and journalist, a public speaker and a podcast host. Her career this far has taken her through The New Indian Express, Radio City FM, All India Radio, NDTV 24×7 and a South Asia series documentary on the BBC World News. She is the Founder-Editor of Pickle Jar, a media content company that helps organisations tell stories via podcasts, video stories & articles. Pickle Jar has also curated film festivals & symposia centred around culture, literature & cinema.

She was nicknamed Bangalore’s Sunshine Girl by her listeners over a decade back for being the voice of Bangalore’s primetime show Good Morning Bangalore. Vasanthi uses new media to tell her stories of travel, that she undertakes mostly solo and via public transport through towns and villages of India. She is the host of the popular podcast The Dosa King on Spotify, and is presently working on a series that focuses on children who are caught in parental conflict due to divorce and separation.

For her in-depth reporting and focus on women in her reportage in rural Karnataka during elections, Vasanthi was given the UNFPA-backed Laadli award in 2020 for Gender sensitivity in Journalism. In 2007, she won the India Radio Excellence Award for being ‘English RJ of the Year’ nationwide. She has also been the recipient of the Dazzling Daughter Award by PRCI as well as the Rotary Vocational Excellence Award.

Right from her radio programs to her stage shows and social media videos, she is known for connecting with the audiences by speaking Kannada Tamil Telugu Hindi & English. Vasanthi is also a classical music singer, recites Sanskrit shlokas, hums ghazals in Urdu, and loves telling tales.