Why Do Western Classical Musicians Play the Notes They Are Given? 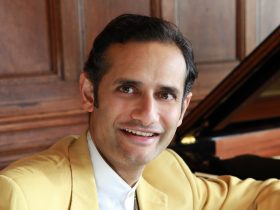 When we hear a popular music cover version, we experience the performance as an interpretation of the earlier work even though it may sound quite different. Indeed, in concert, we usually hope that pop performers will bring something to the stage that we haven’t heard on the recording even in their own works. However, in the field of Western classical music, changing the notes written by the composer is considered as sacrilegious an act as changing a religious text. It wasn’t always so… Karl Lutchmayer explores the history of such cover versions in the Western classical tradition and asks whether they may be better suited to modern audiences in an era where popular cover versions, film remakes and commercial versioning are commonplace.

The programme will be followed by a wine and cheese reception.

In collaboration with the International Music and Arts Society, JSW and Furtados 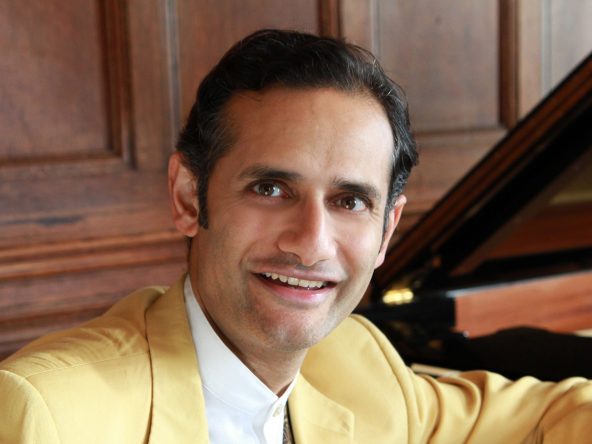 Karl Lutchmayer is equally renowned as a concert pianist and a lecturer. A Steinway Artist, Karl performs across the globe, and has worked with conductors including Lorin Maazel and Sir Andrew Davis, and performed at all the major London concert halls. He has broadcast on BBC Television and Radio, All India Radio and Classic FM, and is a regular chamber performer. A passionate advocate of contemporary music, Karl has also given over 90 world premieres and had many works written especially for him.

Karl’s lecture recital series, Conversational Concerts, has garnered critical and public acclaim, and following his landmark recitals in London celebrating the Liszt and Alkan Bicentenaries, he has received invitations from four continents to give concerts and lecture recitals. In 2019, he was part of the team introducing the London Prom concerts for BBC television, and he curated and performed in a three day festival of the music of Busoni in London, including a performance of the Piano Concerto for which he received extensive media attention. Karl held an academic lectureship at Trinity Laban (formerly Trinity College of Music) for 15 years and is a regular guest lecturer at conservatoires around the world, including the Juilliard and Manhattan Schools in New York.

An Overseas Citizen of India, of Goan parents, in recent years Karl has focussed much of his time and attention on nurturing the burgeoning Western classical music scene in India, his family home. Here, as well as giving regular concerts in the major cities, he helps young musicians and music teachers to fulfil their potential through developing educational opportunities and programmes, and has recently created an international pre-college music programme in collaboration with Musee Musical in Chennai. It was for this education work that he was awarded the Bharat Gaurav (Pride of India) Lifetime Achievement Award in 2015.

Karl studied at the Junior Department of Trinity College of Music, then at the Royal College of Music and undertook further studies with Lev Naumov at the Moscow Conservatoire. His research interests include the music of Liszt, Alkan, Busoni and Enescu; The Creative Transcription Network; reception theory; the history of piano recital programming; gesture and performance; and the piano concert arrangement as a challenge to the work concept.

For the last two years, Karl has been undertaking research at New College, Oxford where he was awarded with a Master of Philosophy degree, and is now at Cambridge University working towards his doctorate. However, he usually resides in London, where he is sometimes spotted in his alternative incarnation as keyboard, percussion and theremin player in the prog rock band The Connoisseur.