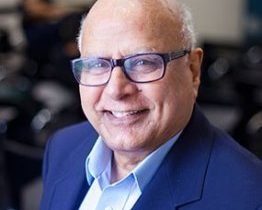 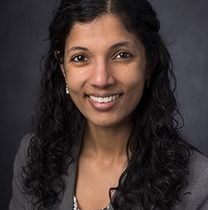 Kṣētrayya is the attributed author of Telugu padams (short lyrical poems) dedicated to Muvva Gōpāla, a form of the Hindu deity Kṛṣṇa. Kṣētrayya is commonly described as a peripatetic Telugu poet from the village of Muvva who wandered south to the Nāyaka courts of Tanjavur in the seventeenth century. Contrary to popular and scholarly assumptions about this poet, Dr. Kamath argues that Kṣētrayya was not a historical figure, but rather, a literary persona constructed into a Telugu bhakti poet-saint through the course of three centuries of literary reform. A close reading of selected padams attributed to Kṣētrayya reveals the uniquely tangible world of female sexuality painted by the speakers of these poems. Countering the longstanding narrative of solo male authorship, Dr.Kamath raises the possibility that these padams were composed by multiple authors, including vēśyas (courtesans).

The session will begin with a brief contextualising of Telugu poetry by Velchuru Narayana Rao followed by a talk by Harshita Mruthinti Kamath. 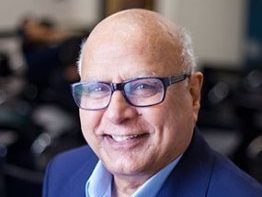 Writer & translator
Velcheru Narayana Rao taught Telugu and Indian literatures for thirty eight years at University of Wisconsin-Madison. He also taught at the University of Chicago, and he recently retired as a the Visiting Distinguished Professor of South Asian Studies at Emory. He has written more than fifteen books, many of them in collaboration with David Shulman and Sanjay Subrahmanyam. Textures of Time: Writing History in South India, in collaboration with David Shulman and Sanjay Subrahmanyam, (New York: Other Press, 2003), Girls for Sale, Kanyasulkam: A Play form Colonial India ( Bloomington: Indiana University Press, 2007), and How Urvasi Was Won, a translation of Kalidasa’s Vikramorvasiyam, in collaboration with David Shulman, (Clay Sanskrit Library, 2009), are among his recent works.
Narayana Rao‘s work spans many areas of cultural and literary history. Some of his ideas and perspectives, especially related to the early modernity, and the Oral communities are very unique. 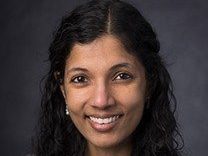 Harshita Mruthinti Kamath is Visweswara Rao and Sita Koppaka Assistant Professor in Telugu Culture, Literature and History at Emory University. Her research focuses on the textual and performance traditions of Telugu-speaking South India in conversation with theoretical discourses on gender and sexuality in South Asia. Her monograph, Impersonations: The Artifice of Brahmin Masculinity in South Indian Dance (University of California Press, 2019) analyzes gender impersonation in the Telugu dance style of Kuchipudi. Dr. Kamath’s next research project focuses on the padams (short lyrical songs) of fifteenth-century Telugu poet Annamayya.