The Beatles and India

A Film on their Immersion in Indian Culture 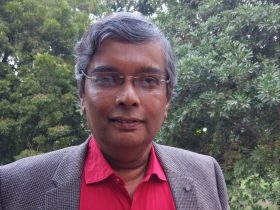 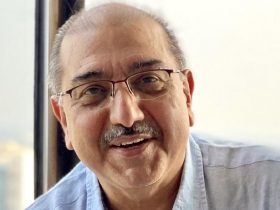 The Beatles and India is a 2021 documentary film directed by Indian author and political journalist Ajoy Bose. It covers the Beatles‘ immersion in Indian culture and philosophy during the 1960s and the band’s influence on India.

The film was inspired by Ajoy Bose’s book Across the Universe: The Beatles in India, published in 2018, fifty years after the Beatles‘ highly publicised stay in Rishikesh, India. It was Bose’s directorial debut. Cultural researcher Peter Compton co-directed and Reynold D’Silva, head of Silva Screen Music Group, produced the film.

The Beatles and India explores the band’s three-year immersion in Indian culture. Bose said he was keen to show that “the India part of the Beatles saga” was more substantial than merely the group’s sojourn in Rishikesh and their studying Transcendental Meditation (TM) there under teacher Maharishi Mahesh Yogi. The Beatles and India includes input and recollections from 1960s Indian pop musicians. It also explores news reports from 1968 in which communist and socialist Indian politicians claimed that the Maharishi’s ashram in Rishikesh was a camp run by the CIA. The film reveals that the KGB dispatched its agent Yuri Bezmenov to investigate the ashram. Footage from the late 1980s shows Bezmenov talking with satisfaction about how he believed TM students such as actress Mia Farrow unwittingly contributed to the destabilising of American society by returning home and disseminating a message of “sit down, look at your navel and do nothing”. 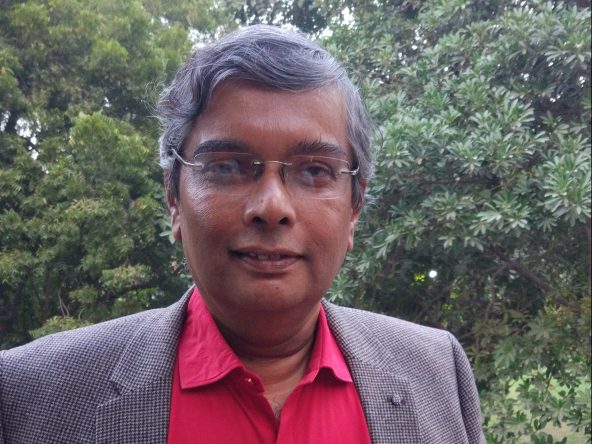 Ajoy Bose has been associated for over four decades with a wide range of media at home and abroad including print and online publications, radio networks and television channels. He began his journalistic career in Patriot newspaper and Link magazine going on to become Delhi correspondent of Sunday magazine and later start the Delhi edition of The Sunday Observer and then on to become Executive Editor of the Pioneer newspaper.

Ajoy was also India correspondent of The Guardian, London from 1978 to 1996 and later the New Delhi representative for The Khaleej Times, Dubai. In India his columns and articles have been printed in The Pioneer, The Indian Express, Times of India, Economic Times, India Today and Outlook newsmagazines as well as a number of online publications including Scroll, Firstpost, Quint and The Wire. Abroad he has been published apart from The Guardian and Khaleej Times in the Sunday Times in London, and Time magazine in the United States. He has broadcast extensively on the BBC, Voice of America and Radio Nederlands. Ajoy Bose has been associated with television in India right from its growth in the mid-1990s.

During the 1998 national elections he co-hosted along with Vinod Dua and Mark Tully the popular television poll programme Chunauv Chunauti for Sony television. In 2004, he along with Arati Jerath produced a weekly foreign affairs television show Global Challenges on Doordarshan News.

He is a leading political commentator and expert on various television news channels like Times Now, NDTV and CNN IBN where he used to be the Resident Commentator. Ajoy Bose is also a well known author who has written four books – For Reasons of State: Delhi under Emergency published by Orient Paperbacks and Vision Books (1977), The Shah Commission published by Orient Longmans (1979), Behenji – a three edition political biography of Mayawati published by Penguin Viking (2008-2018) and Across the Universe: The Beatles in India published by Penguin Random House (2018) which in turn inspired his film directorial debut the award winning documentary The Beatles and India in 1921. 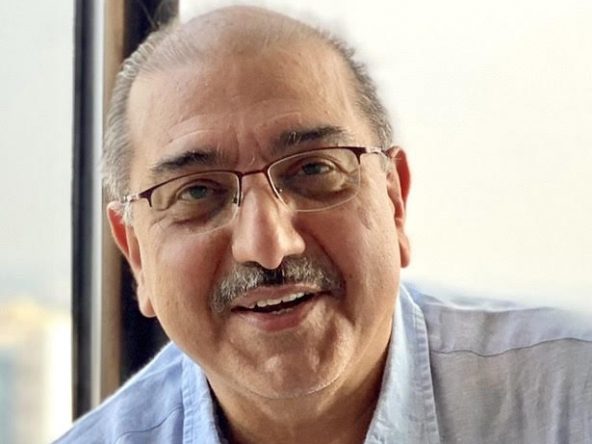 Biren Ghose is the Country Head for Technicolor India. The company is a 103 year old arts and sciences pioneer. The Company and its brands are world leaders in Animation, Games & VFX offering creative services to the media & the entertainment industry.

He has worked across a range of industries as a futurist and strategist and for the past two decades has evangelized the Indian creative technology industry with a focus on animation and VFX globally.

He provides thought leadership and believes that visual communications & digital arts will provide jobs and socio-economic development in India. He runs the world’s largest single hub for Animation, Visual Effects and Games with approximately 6000 artists and technicians in India across all disciplines. 8 Emmy Awards, 3 Academy Awards and a clutch of other accolades like the Cannes Lions Gold; British Arrows; the VES & BAFTAs are testimony to the quality of the company’s efforts bringing Indian talent to the forefront on the world stage.

Biren is multi-faceted and in his personal time is a part of several forums that share his passion for art, music, formula 1, wines & spirits.