This is a BIC venue event* 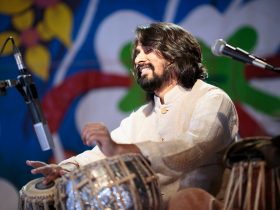 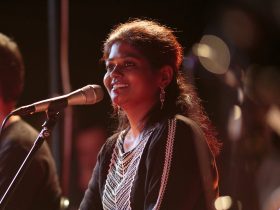 If we were to identify the one defining element that qualifies us as alive, it would be our heartbeat. The rhythmic life force that keeps all of us going. And perhaps that is why we respond so instinctively to music – because its nature is that of life itself. Sometimes this rhythm can alter itself, making the heart beat too fast or too slow.

Taking inspiration from this very idea of playing with the structure of rhythm and breaking its predictable patterns, Aritmija is a Slovenia-based band, committed to exploring unusual musical arrangements. It skillfully combines traditional Balkan music with rock, jazz, flamenco, Indian classical, Sufi and folk.

Originally formed by two Slovenian musicians, Tilen Stepišnik and Šemsudin Džopa, Aritmija has performed in over 500 concerts and reputed festivals across Slovenia, Switzerland, Germany, France, Italy, UK, Austria and Uzbekistan in the last 15 years. In 2016, Aritmija collaborated with two classically trained musicians from Mumbai, India – vocalist Sabiha Khan, and tabla player Vinayak Netke, resulting in a unique new sound palette for the band. Tilen’s and Šemsudin’s masterful chord-play on the guitars, elevated by the emotive power of Sabiha’s vocals and Vinayak’s exquisite rendering of the tabla, blended together in many intuitive compositions that created magic on stage.

The collaboration continued during the winter of 2016-17 with a short Indian tour in Mumbai and Jaipur. This was followed by a month-long summer tour in Central Europe in 2017, with concerts in several reputed music festivals. True to its open-ended improvisational style of creating music, the band was joined by accomplished guest artists in many of these shows. The momentum continued strongly through 2018-19 with winter and summer tours in India as well as in Europe, which included their innovative Morse Art Project, a combination of music and painting where the patterned signal durations of morse code form the base of their compositions, unfolding on stage with artful interpretations of the codes on canvas. Such cross-cultural collaborations not only result in the creation of fresh new music, they also set a fine example of global solidarity in troubled times, relevant now more than ever before.

With a rich ensemble of high-octane instrumentals, complimented with soulful Indian vocals, Aritmija blends different styles and genres, experimenting with an inclusive approach and adding layers to its compositions which speak to a universal audience.

Fondly known as Dino, he is a multi-instrumentalist, composer, philosopher and guitar teacher from Slovenia. He plays the acoustic, classical and electric guitar, mandolin and saz. Dino is the co-founder of Aritmija. Along with fellow-guitarist Tilen Stepišnik, he forms the backbone of the band. Together they have created most of the band’s compositions, taking it from strength to strength since the time it was first formed in 2002. He has been involved in various music projects, not just with musicians but also with poets and filmmakers, and has  performed in more than 600 concerts across Europe, Argentina and India. Another key project of his is Sedef, a band that arranges and plays traditional Bosnian sevdalinka songs.

Tilen Stepišnik is the other founder member of Aritmija, who not only invests his energy in the band as an instrumentalist, composer and arranger, but also spearheads its participation in concerts, state-supported cultural projects and album creations. A keen interest in harmonic minor scales, their variations, odd rhythms and ethno music, drives Tilen’s compositions as a guitarist. He also plays the baglama, tres, double bass and electric bass.  As a cultural worker and teacher, Tilen is committed to various institutes in Slovenia and also plays for various bands. Representing Aritmija with Dino, he has created music for a few note-worthy documentaries, films and animation projects as well. 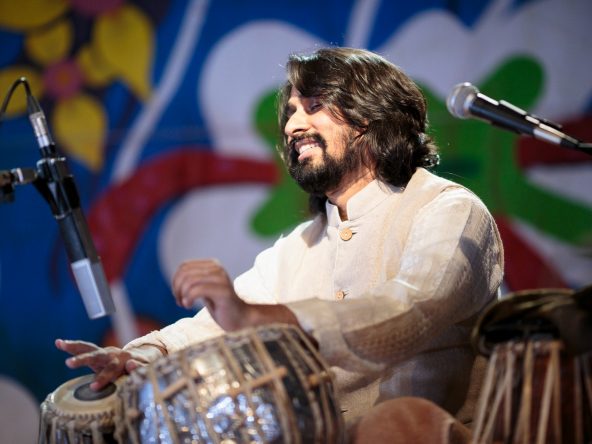 A trained tabla player with an in-depth knowledge of Indian Classical music and a flair for writing and composing, Vinayak wears many hats at the same time, be it that of a composer, percussionist, arranger, lyricist or fusion artist. He has produced music for several radio and TV commercials and TV shows in India, and also composed songs and background scores for feature films. He performs across the globe with many acclaimed musicians, generously bringing to the table, his sharp understanding of musical grammar, which helps him contribute richly to every ensemble band he collaborates with. To Aritmija, he brings an energy that rises in sync with the band’s two extraordinary guitarists, elevating the overall impact of each piece they create. 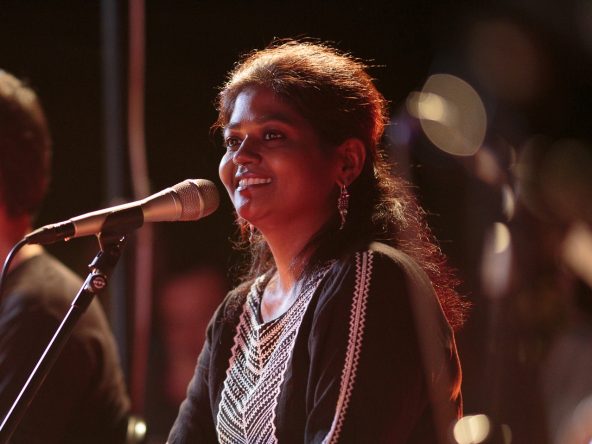 A strong foundation in semi-classical Indian music gives Sabiha the wings to explore the mystical possibilities of Sufi renditions and infuse her own special touch to songs of love, devotion, joy and melancholy. Right from playback singing to performing on stage and taking workshops, she adapts effortlessly to every platform and revels in the opportunity it gives her to connect with the audience, alternately making them laugh with her spontaneous wit and moving them to tears with her soulful singing. Sabiha lends Aritmija its vocal component, including the rendition of not just songs but complex mnemonic syllables that correlate to the various beats of the tabla. Back home in India, she has sung for many popular radio and TV commercials and documentaries. She is also the co-founder and lead Indian vocalist of another Indo-Balkan fusion band, Zamee.