The Amazing Flabby-Breasted Virgin and Other Sordid Tales

A reading of the female body in Indian medical textbooks. 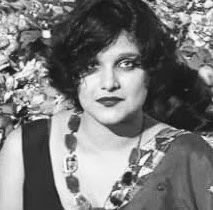 Ayesha Susan Thomas has spent the last several months, buried in medical textbooks – not, as one might suspect, because she’s a medical student trying to pass an exam, but because her research centres around approaches to the female body in Indian medical textbooks. At EET 2.4 we will read some parts of these and look at the consequences of violence and misogyny codified in our health care systems.

India’s population is often conflated with the poverty epidemic, suddenly making women’s sexual choices political. Virgins are prized because they are the future of the nation. Deflorate women are considered to be ruining the population metric, increasing poverty and working against the national interest. Conversely, upper caste and class women are encouraged to reproduce (within the patriarchal family structure of course) in order to populate the country with more upper class, upper caste people in a very eugenics-esque masquerade. Forced female sterilisation is still India’s most-used contraceptive method. Usually, these are funded by population control plans that blackmail women into the operations at risk of losing ration cards or by promising their family members fridges and cars. Hysterectomies are also common in farming communities like Beed, Maharashtra, where female farm workers are told they could choose to either undergo the procedure or face unemployment.

The obsession with virginity manifests in strange ways across the consumerist spectrum. The semantic virtue attributed to the virgin is demonstrated in the way we describe so many other things, from olive oil to un-furrowed land. In this dynamic, the female body is no different from a bottle of extra virgin cold-pressed olive oil or in a more literal sense, a patch of land on which seeds must be sown for eventual harvest. While the explicit ownership of the female body may be condemned and illegal today, these implicit markers of ownership remain and are in fact widely encouraged.

Nobody cares what part of the foreskin tears or doesn’t tear the first time a man has sex. Nobody analyses a rapist’s penis to determine whether or not it has raped. What we choose to study and how tells us as much about our own preoccupations and obsessions as it does about the subject of study itself, if not more.

Because women are things

In the blue forest

Under a tree heavy with scent

You will find a woman

That’s been sitting in the sun

And smell the juice that runs down your chin in rivulets

Blue blood that stains your fingers and leaves prints

Of palm and foot and knee 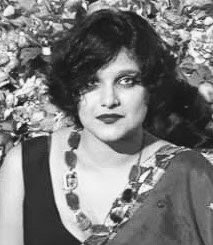 Ayesha Susan Thomas is an Applied Theatre Practitioner who works primarily at the creative intersections of education, gender and sexuality.

Until June 2019, she taught IBDP/IGCSE Theatre at Dhirubhai Ambani International School in Mumbai.

She has also worked as a workshop facilitator, dramaturge (The Inspire Passion Project 2014), and director on a range of projects.