Arthropods 101. Illustrated talk. For all ages. 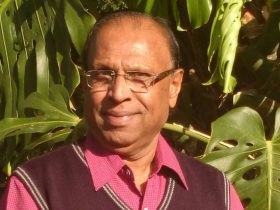 Spiders are very distinct with eight legs and eight eyes and have gone global. They are masters of biodiversity and integral part of ecosystems around us. Spiders commonly feed on insects. Spider webs, spider fangs and spider venom are made for hunting and not at all for hurting human beings. We will understand why male spiders are killed by the female. You will understand ‘crab spiders’, ‘wolf spiders’, ‘bird dung spiders’, ‘fishing spiders’, ‘pirate spiders’, Tarantulas etc. 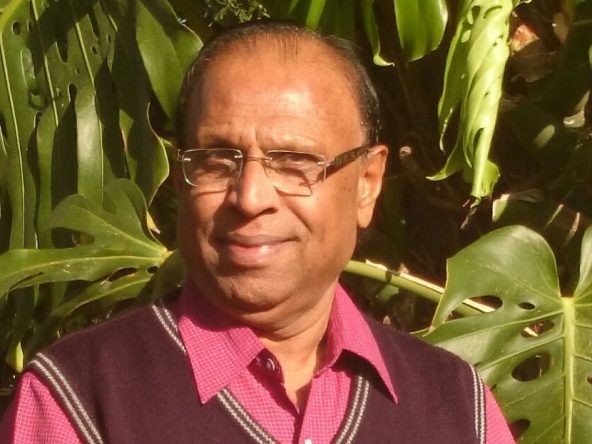 M Seenappa graduated with a Ph. D from the University of Waterloo Ontario, Canada in 1979. Having Joined UNICEF in Tanzania as Programme Officer for the Food and Nutrition for the Joint WHO/UNICEF Nutrition in Iringa in 1986, he served UNICEF country programmes in Tanzania including Zanzibar, Zambia and the Caribbean Area Office in Barbados for over 20 years.

He has provided professional support in the areas of programme planning in nutrition, primary health care, malaria control, HIV/AIDS, and early childhood education. Seenappa’s major accomplishments include participation in development and testing of Triple A approach (assessment, analysis and action) in community empowerment.

The  Iringa Nutrition Programme was awarded the WORLD HUNGER AWARD 1991 by the Brown University New York. Other awards include UNICEF Distinguished service award and by Government of India a Young Scientist award.
After retiring from the United Nations, worked as Visiting Professor at Bangalore University teaching Microbiology and Immunology for M.Sc Molecular Biology programme. Have given over fifty awareness lectures on Bird Flu, Chikungunia, Dengue, H1N1 and COVID 19 at several schools and colleges in Karnataka. Currently President of the UN retirees Association of India and member of few committees at the UN Head Quarters that report ultimately to the UN General Assembly.

Photography of spiders and birds has been his hobby for over a decade. His exhibits of spider photographs were made at the Chitrakala Parishat Bangalore, Asian Arachnology Conference at Amaravati and at a similar conference in Taiwan. He has published a few research papers on spider behaviour and has been invited to present lectures on Indian spiders at Harvard University, Boston., University of Agricultural Sciences Bangalore, Mt. Carmel College, National College, Karnataka Vignana Parishath lecture series among other places at Bangalore, Mysore, Bidar, Gulbarga, Raichur, Gowribidnur .