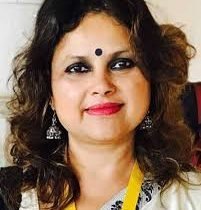 Pratima, then a kid, is being told the tale of Hastir Kanya, a neglected first wife of a priest who acquires as his second wife the spoil daughter of a wealthy priest. The lonesome first wife weeps by the river that turns salty. Elephants, attracted by the salty water hear her tale of woes and anoint her. She is transformed into an elephant. Young Pratima is mesmerized by this tale. Once, as she and her friends are wandering in the fields, she notices a group of folk performers and ventures to go near them. The maid accompanying them dissuades her. At home, once, as she is learning songs sung during Kartik Puja from the maids, her guardian summons her to the palace. Things are different when she is with Lalji, her father, who encourages her to learn the soulful folk songs from the mahouts.

Popularly nicknamed Hastir Kanya, (daughter of the elephants) Pratima Baruah was born in the royal family of Gauripur in present day Dhubri district of Assam adjoining West Bengal in India and neighboring Bangladesh. Legendary filmmaker Pramathesh Chandra Baruah was her uncle. As a child, as she accompanied her father Prakitish Chandra Baruah alias Lalji to many an elephant hunting expedition, she maintained close relations with the mahouts to learn their unique ways of singing. However other royal family members disapproved of the young girl humming rustic ballads, many of them warning her that nobody would marry her if she continued to practice these folk songs, the songs of the masses. Wedded to music as she was, the child, thoroughly captivated by the lilting notes that resonated in the air around her, also mastered other forms of folk songs and was brought to the tinsel world by none other than filmmaker Dr. Bhupen Hazarika, another singing maestro of that generation, in his debut feature Era Bator Sur in which Pratima sang a Goalpariya Lokageet. That was the beginning. The rest is history.

Popular songs, folk songs, all practically hits with the music lovers, came one after the other in her mesmerizing voice. It was her pioneering efforts that popularized Goalpariya Folk Songs and brought it to wide acceptance and national recognition. Although she was born and educated in Kolkata, she never shied away from her close touch with the people of her ancestral place. Her innocent nature, a down-to-earth personality, devoid of ersatz, ensured she always was in the hearts of the common people. She had always sung for the pure love of folk music. 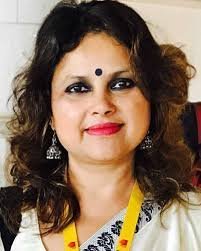 Bobby Sarma Baruah is an Indian Film maker, Producer and Screenwriter whose narrative content on socio cultural issues in Assam and the North East has been highly appreciated. Her debut feature film Adomya in which she explored the sensitivity and emotional world of women was awarded best film in spiritual category at the 13th Dhaka International Film festival. Adomya was also screened as an official selection for more than fifteen international film festivals across the world. Her second venture, Sonar Baran Pakhi, a biopic based on life and time of the legendary folk singer Padmashree Pratima Barua Pandey of Assam has been included as an official entry various festivals besides winning the Grand jury prize for the Best Feature Film in the 15 th Indian film festival of Los Angeles and the Best Audience Choice award at the 15 th Dhaka International Film Festival. As director, producer and scriptwriter, Bobby Sarma Baruah has a number of short films, documentaries, music videos and TV serials on various indigenous folk cultures blending into one, to her credit. She is also an accomplished poet and short story writer in Assamese language. She has also served as juror at the prestigious 14th Dhaka International Film Festival and Lucknow Children’s International Film Festival, both in 2016. Currently she is pursuing her doctoral research for a PhD on influence of folk culture of Assam in Assamese cinema.