Seeing the Edge of the Universe 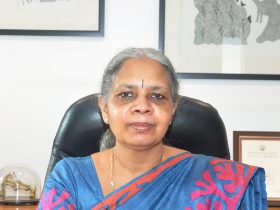 The newly launched James Webb Space Telescope is a large multi-mirror space telescope designed to study the universe. It is far more sensitive than the Hubble space telescope (HST) and takes high resolution pictures of objects that are far and faint. Webb collects infra-red light to trace distant galaxies, cradles of planet and star formation, traces of water and habitability signatures in planets orbiting other stars in the Milky Way. This engineering marvel, launched on 25 December 2021 and positioned at 1.5 million km away from Earth, has started taking detailed pictures of the night sky with unprecedented sharpness.

In this talk we will cover what is JWST, why is it making headlines and what to expect in the next few years. 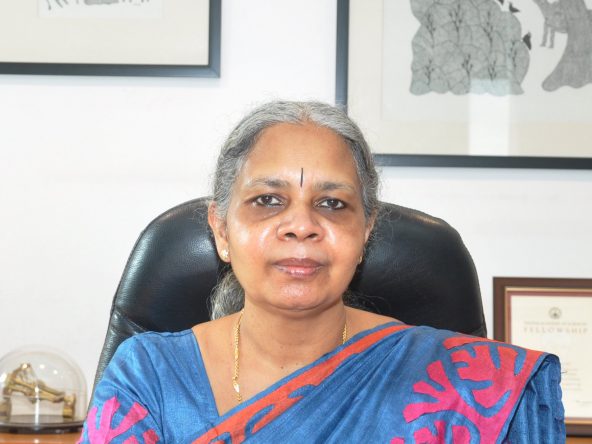 Annapurni Subramaniam is the Director of the Indian Institute of Astrophysics, Bangalore. She has about three decades of research experience and has published about 175 research publications in topics such as star clusters, stellar populations, galaxies, and ultra-violet astronomy. She has trained a large number of students for projects and she has guided 22 students for PhD (partial & full).

She is currently the Chief Editor of the Journal of Astrophysics and Astronomy, jointly published by the Indian Academy of Sciences and Astronomical Society of India. She is also a scientific Editor of Research in Astronomy and Astrophysics, published by the Chinese Academy of Sciences. She also heads the membership committee of the International Astronomical Union.

She was involved in two major projects; 1. She is the calibration scientist for the UV Imaging Telescope (UVIT) on board India’s first space observatory, ASTROSAT, 2. She was heading the Indian team of the Observatory software, completed the delivery of Common software in 2019 for the Thirty Meter Telescope (TMT), which is being built by an international consortium with India as a partner.

She is the Principal Investigator of the proposed next generation UV-Optical space telescope (INSIST), leveraging on the experience gained from AstroSat and UVIT.