Restoring Nature in a Crowded Subcontinent 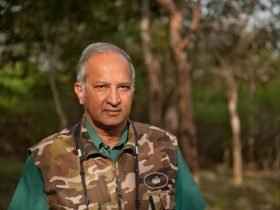 The talk will cover Ullas Karanth’s personal engagement with wildlife conservation and science over the past 50 years in India. The presentation will cover, how his boyhood passion for ‘tiger watching’ led to a professional career as a wildlife biologist and conservation advocate. It will include glimpses of how he studied tigers for three decades, and, what he found out about their conservation needs in the context of changing human impacts, aspirations and traditions. The core of the talk will demonstrate how sound science helped to develop effective conservation interventions involving multiple partners to address conservation challenges rooted in both ecology and social context. The concluding part of the talk will explore the key issues that need urgent resolution: How we can accommodate survival needs of threatened species, while also addressing social and economic aspirations of millions of people. 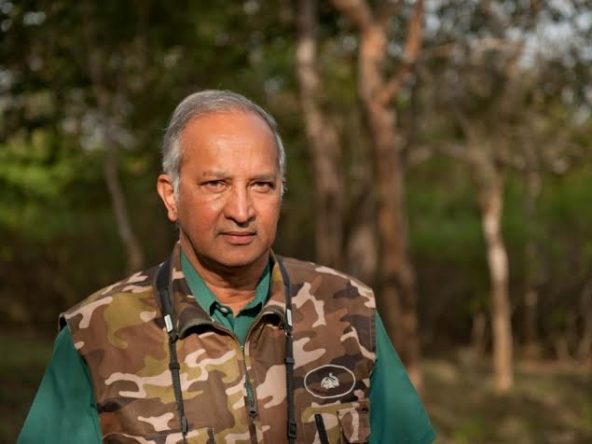 Ullas Karanth, was born in 1948, in wilderness landscape of Malenad. His interest in nature was nurtured by his father, the writer Shivarama Karanth. After graduating as a mechanical engineer from National Institute of Technology Surathkal in 1971, Dr. Karanth was inspired to pursue a career in wildlife science by the legendary field biologist Dr. George Schaller.

Following his passion, he obtained his Masters degree from the University of Florida, USA in 1988 and Doctorate from Mangalore University, India in 1993. Recruited to the Wildlife Conservation Society (WCS), by Schaller, Dr. Karanth led the WCS India Program for next 30 years. He is now the Director of Centre for Wildlife Studies that he founded in 1984. Dr. Karanth is an Adjunct Professor at the Universities of Florida and Minnesota as well as the National Centre Biological Sciences-TIFR, India.

Dr. Karanth has conducted long-term research on the ecology of tigers, leopards and their prey in India. His expertise covers large carnivore ecology, modeling animal populations as well as conservation policy. He has published over 150 scientific articles in prestigious international journals and authored/edited 12 technical and popular books. He was elected a Fellow of the Indian Academy of Sciences (2008)

Dr. Karanth is a member of the World Conservation Union’s specialist groups on Cats, Elephants, Wild Cattle and Small Carnivores. He has served on several high level National committees including the the Indian Board for Wildlife, National Tiger Conservation Authority and the Wildlife Institute of India.

In recognition of his contributions to wildlife conservation, Dr. Karanth has been awarded the Sierra Club’s EarthCare award (2006), World Wildlife Funds’s J. Paul Getty Award (2007), Fellowship of the Indian Academy of Sciences (2008), Karnataka Rajyaprashsti (2011) and the National Civilian Honor Padmashree by the President of India (2012).