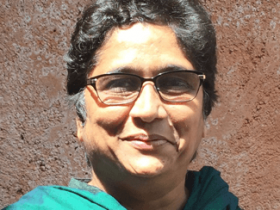 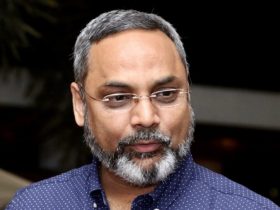 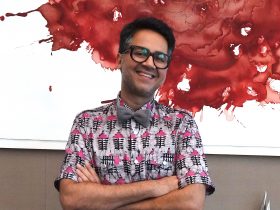 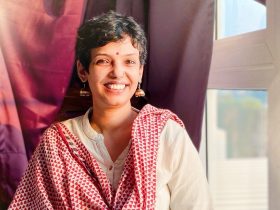 Boys will be boys is an adage that is often used to pass off lewd and discriminatory behaviour towards women and girls. The underlying premise is that boys are ‘hard-wired’ in this way and the course of nature cannot be altered so one has to accept that boys will always be discriminatory towards women and girls. This reasoning is not only deterministic and flawed as it completely negates the role of socialisation in this process, it is also very detrimental to society at large. Through this panel discussion we would like to tease apart the role that patriarchal gender norms play in how boys are raised, the role that parents can play to counter patriarchal norms and raise their boys to behave and act in ways that promote gender equality and non-violence.

Some questions that panel will respond to based on personal and professional experiences may include:  Why is it important to talk to men and boys about gender equality?  Basic concepts such as the difference between gender and sex? How do gender norms play a role in our choices as parents? What are some of the gender roles and gender norms that we subscribe to in our own homes?  What are different forms of violence and why is it important to call out these forms?

About the Two-Part Webinar with Equal Community Foundation

Research shows that how parents treat each other plays an important role in the transfer of inter-generational norms. Children in equitable and non-violent homes are more likely to propagate those positive behaviours as adults and vice-versa. How do we create gender-equitable, non-violent environments in our homes?

Patriarchal gender norms are limiting outcomes in programming for women and girls. A recent report by Dasra (2019) has demonstrated how “the pace of social change, … maybe thwarted by the unintended adverse consequences of, or backlash against attempts to challenge existing power structures and relations.”

Millions of men and boys in India continue to be socialised into a culture that normalises gender-based violence and discrimination. Men and boys will continue to grow with the same attitudes and learn discriminatory behaviors if civil society does not actively create opportunities for them to understand and learn gender equitable behaviour. Hence, if we are to make progress towards achieving gender equality, we need to start including boys in the solutions alongside women and girls, and move closer to a gender-synchronized approach . Currently, very few organisations working to end violence against women engage men and boys in their work.

A study conducted by the Equal Community Foundation to understand the enablers and barriers to engaging boys and men towards gender equality, found that 90% of the 101 respondent organisations agreed that working with boys and men is important to reach their organisation’s goals. However, the organisations identified that a lack of structured tools and resources, a skilled team, evidence and funding were barriers for them to start integrating the approach of raising Gender Equitable Boys into their existing programmes with women and girls.

As part of Project Raise’s efforts to promote the approach of engaging boys in gender-transformative programmes focus has been on raising awareness, unlocking the felt need, providing capacity building support to CSOs and educating funders. These efforts have done well to create momentum and to prepare organisations to launch programmes to engage boys and men. This two-part webinar series has been envisioned in order to ensure that this momentum continues.

Project Raise is a Collaborative of civil society organisations, funding organisations, government institutions and intermediaries committed to the common social outcome of raising Gender Equitable Boys. The platform is currently facilitated via but not limited to an online portal: www.projectraise.org.

– Gender-Equity and Male Engagement: It only works when everyone plays (2018)

– The National Conversation: Barriers and Enablers to Engage Men and Boys towards Gender Equality (2018) 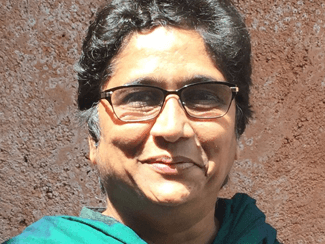 Sujata, a grassroots feminist is co-founder of CORO India. She was formerly an Assistant Engineer in Maharashtra State Electricity Board (MSEB), Mumbai when she was deputed for adult-literacy-related work initiated by the Government of Maharashtra and CORO. She received MA in Gender, Education, and international development from the University of London and was a fellow in the Leadership Development Program of MacArthur Foundation, India.
Empowerment of grassroots women and gender equality has been Sujata’s focus of personal and professional interventions over the last 28 years. She firmly believes that the leadership of social change has to emerge from ‘within’. CORO’s grassroots leadership development program being implemented in Maharashtra, Rajasthan, and Delhi is Sujata’s dream project.

Sujata has authored a book in Marathi “Aashevin Aasha’ (Hope without Hope) based on her community-related work. She has represented CORO in national and international forums and has contributed to many publications. Grassroots movements, grassroots mobilization, construction of masculinities and femininities have been the focus of Sujata’s activism and writing.

Sujata is currently pursuing her Ph.D. on ‘meanings of women empowerment’ with a focus on collective knowledge building from grassroots. 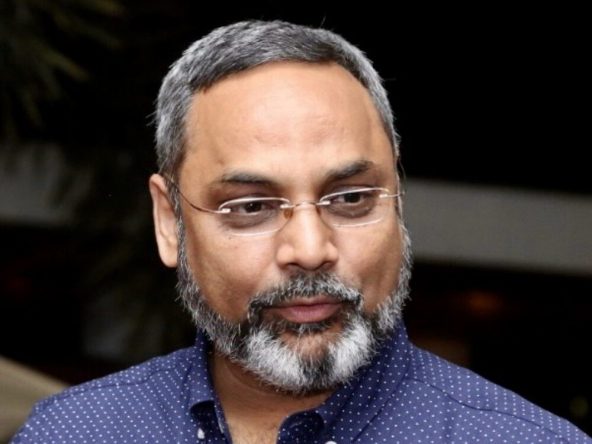 Viiveck has over 30 years of work experience in well-known corporate houses, with a proven track record for excellence and dynamic leadership. He has successfully executed key positions of diverse nature and capacities during his career before turning into a thriving entrepreneur. He has effectively handled operational and strategic responsibilities. He is a result oriented individual and has seen immense success at managing profit center operations, corporate planning and business development.

Viiveck is known for high levels of integrity, professional loyalty, and maturity. His leadership skills, strong commitment to ethical and professional standards whilst maintaining flexibility in changing socioeconomic conditions were duly recognized by being awarded for “Best Ethics in Business”. He was recognized by the “Travel Industry” as a thought leader as well.

Academically astute, Viiveck is armed with a PGDBA (Marketing) from the Institute of Management Development and Research in Pune and is an LLB in Labor Laws and Taxation from Pune University. He is a university topper in his graduation studies in Geology. The Neuroleadership Group certified Viiveck as a professional “Coach”. He has also been a Zenger Miller Frontline Leadership Certified Trainer.

Besides Coaching and Investing Viiveck decided to focus on Social causes among other things and runs a society called SAHE (Society for Advancement of Human Endeavour), which focuses on social impact actions. He brings to the table understanding of the corporate world, network he built over years to be able to connect the players in social space and create social impact.

His interests are Business Networking, Travel, Music Reading and Philanthropy. 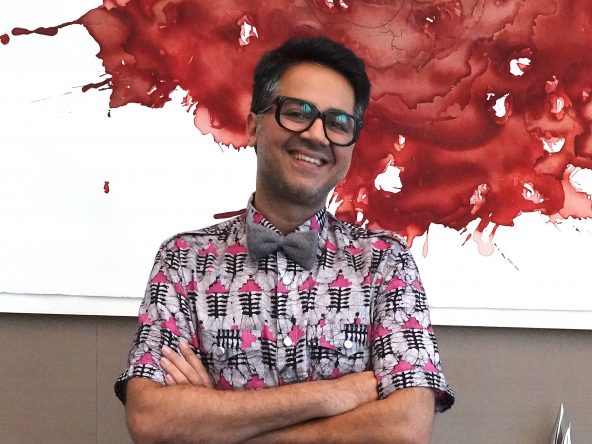 Parmesh Shahani is Vice President at Godrej Industries Ltd. and the founder of the Godrej India Culture Lab. He is a passionate advocate for LGBTQ inclusion in corporate India and has guided many of the country’s leading companies on their inclusion journeys. His first book Gay Bombay: Globalization, Love and (Be)Longing in Contemporary India (Sage Publications) was released in 2008 and re-released in June 2020 as an updated edition.

His second book Queeristan: LGBTQ Inclusion in the Indian Workplace (Westland Business) was released in August 2020. Parmesh holds an MS in Comparative Media Studies from MIT. He has been a TED Senior Fellow, a Yale World Fellow, and a World Economic Forum Young Global Leader. He is a member of the FICCI task force on diversity and inclusion and a board member of KHOJ International Artists’ Association. 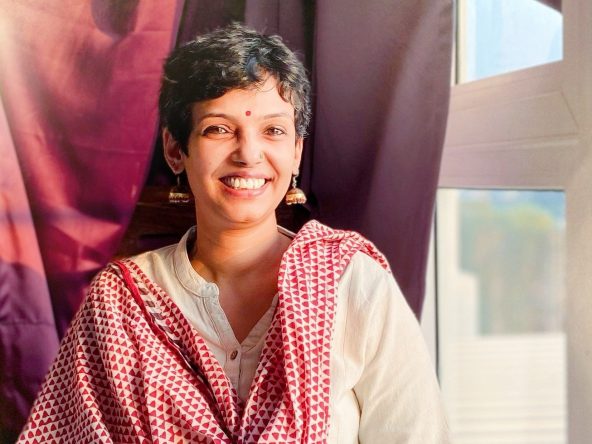 Anusha believes in the power of girls to transform communities and nations. It is with this conviction that she lead a group of passionate individuals at VOICE 4 Girls, a social enterprise that educates and empowers marginalized adolescent girls with the vision to eliminate gender inequality and violence. VOICE has impacted the lives of over 108,000 adolescents and 4500 young camp counselors. She is also the Founder Director of SoCh for Social Change, a platform that offers young women a chance to become ‘future-ready’ and to develop their leadership capacities and enable them to become agents of change. SoCh has reached out to 500 young women in Tier 2 towns of Telangana. She has also curated unique Social Impact Leadership Programs that helps young women embrace social impact as their career paths.

Recognising her work, she has been invited to speak at two TedX events, TedXWomenHyderabad as well as TedX VCE. She has also won four awards, Great Indian Women of the Year 2021 by Golden Signatures #GIWA 2021, WEF 2019 Award of “Exceptional Women of Excellence”, Balika Bandhu Award in 2017 and Leader in Volunteer Engagement in 2017. Anusha facilitates leadership workshops and training for social entrepreneurs and leaders in global forums.

Anusha is an alumnus of the Asia Pacific Leadership Program (2013-14), East West Center, USA; 1st Cohort of Harvard-Dasra Social Impact Leadership Program (2014-15); a Cordes Fellow (2017) and Kalinga Fellow (2020). She is an Advisor to Fairshare International, a feminist organisation promoting women leadership; Board Member of Bodhi Education Society, an NGO that runs an affordable English medium private school in rural Telangana; the NSS Advisory Committee at the Hyderabad Central University; an Advisor to Disom School of Leadership, Initiatives of Change; an Executive Member of Andhra Pradesh Mahila Samata Society (APMSS); and an Executive Committee Member of RVBRR College for Women.