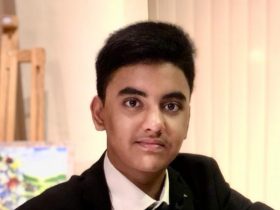 This concert is a musical tribute on the occasion of the birth centenary of Rani Vijaya Devi Kotda-Sangani, a concert pianist and veena player, who founded the International Music and Arts Society in December 1974 on a suggestion by her brother, Maharaja Jaya Chamaraja Wadiyar of Mysore, to augment Bangalore’s existing cultural landscape by providing an international forum for Indian and foreign musicians and artistes.

Rani Vijaya Devi was born to Yuvaraja Kanteerava Narasimharaja Wadiyar and Yuvarani Kempu Cheluvaja Amanni of Mysore, their second child, and eldest daughter in 1922. Her early life was spent in Mysore where the cultural atmosphere prevailing in the Mysore Palace had a profound influence on her and her brother, Jaya Chamaraja Wadiyar, the future Maharaja.

She started studying the piano at the age of six, when her grandmother invited the nuns of the Good Shepherd Convent of Mysore to teach the ladies of the court English, and her grandchildren music. She also studied Carnatic music and the veena under the renowned maestro Veena Seshanna. She passed the Fellowship examination of the Trinity College of Music, London and studied for a year and a half with Dr. Alfred Mistowski, an examiner of the Trinity College of Music who had settled down in Mysore during the war years. On a trip with her family to Europe in 1939, they visited the famous composer Rachmaninoff at his villa in Lucerne where she played for him, and he presented her with a bouquet and signed photograph in acknowledgment of her performance.

Later after her marriage to the Thakore Saheb of Kotda Sangani and the accession of the princely states to the Indian Union, her husband joined the Foreign Service and they were posted to New York. While there she continued her music studies under Professor Edward Steuermann of the Juilliard School of Music.

The International Music and Arts Society gratefully acknowledges Rani Vijaya Devi’s contribution to the arts as a performer and patron who brought some of the finest exponents of the performing and visual arts to our city. An important objective of the Society has been its work, through the medium of music and dance, to provide a platform for young and upcoming artists. 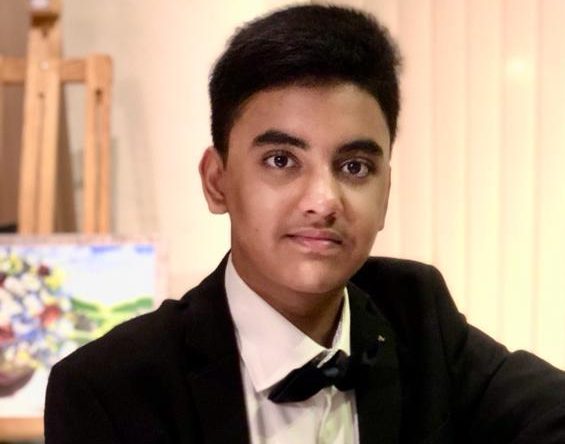 Syed Fateen Ahmed is a 14-year-old Western classical music student and pianist from Bangalore who was conferred with the prestigious award of Pradhan Mantri Rashtriya Bal Puraskar in 2022 for his outstanding achievements representing India in the field of Art and Culture. The award was presented virtually by the Honourable Prime Minister Mr. Narendra Modi.

Fateen began learning the piano at the age of three and his interest and talent grew under the tutelage of well-known Belarusian concert pianists and teachers, Natallia Kapylova and Liudmila Drazhnik. Fateen is one of the youngest Indians to score a Distinction in the London College of Music Diploma, at the age of 12, in 2020. He also passed the ABRSM Grade 7 exam with Distinction.

The solo recitals Fateen has performed include concerts for UNESCO World Art Day 2021 and the Stop-Gaps Cultural Academy Young Talent Concert Series – The Budding Brigade 2020 at the NCPA, Mumbai, among other engagements. Many of his awards include upcoming performances at prestigious international venues.

Fateen also plays the guitar and is a Western classical vocalist. His hobbies include playing chess, swimming, photography, drawing and painting.