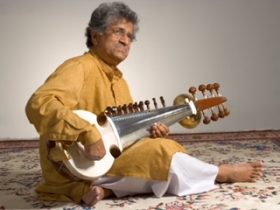 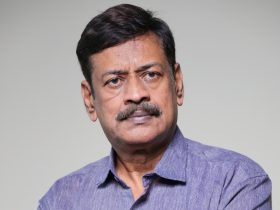 Internationally acclaimed performer, Rajeev Taranath is today one of the world’s leading exponents of the Sarod. A distinguished disciple of Maestro Ali Akbar Khan, his performances masterfully combine the depth and rigor of the tradition of Hindustani classical music with an inspired imagination and emotional intensity. His eloquent insights into music help ignite a greater awareness of the extraordinary creative forces that artists connect and work with. His reflections will challenge, provoke and give glimpses into his experiences as an artist and practitioner. They will also serve to elucidate his remarkable contribution to the field. At 90, a deep humility toward the tremendous scope of the art form and its possibilities is always present in him. His extraordinary musicianship, reflected in his ever-present riyaaz, performances and teaching give us a profound example of what sustained love for music and the disciplined pursuit of artistic excellence means.

A lecture presented by Pandit Rajeev Taranath will be followed by the screening of his documentary, made by Amshan Kumar. A Q&A with the audience will follow.

The documentary, ‘Pandit Rajeev Taranath – A Life in Music’ is a tribute to the musical genius of Pandit Rajeev Taranath. He is a disciple of the illustrious sarod exponent Ustad Ali Akbar Khan and hailed as one of the chief exponents of Maihar Senia Allauddin gharana that traces its origin to Saraswathi, daughter of Tansen.

In this documentary, the musical journey of Panditji is narrated by himself. Besides recounting his life when considered a child prodigy of vocal music, the discovery of the path he undertook as a sarod player and his teaching of the art, he shares his views on originality of musical expression, guru- shishya parampara and approach to the understanding of classical Hindustani music. The film has interviews of eminent musicians and people closely associated with him. Rare documents, clippings of his concerts over the years and his most recent public performance captured live are some of the highlights of the film. The documentary is a tribute to one of the great masters of sarod. The documentary was released in 2022 and runs for 40 minutes. 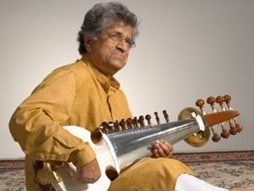 Acclaimed performer, Rajeev Taranath is today one of the world’s leading exponents of the Sarod. A distinguished disciple of Maestro Ali Akbar Khan, his performances masterfully combine the depth and rigor of the tradition of Hindustani classical music with an inspired imagination and emotional intensity. Born into a highly creative family from Bangalore, India, Rajeev Taranath began studying music, song and poetry with his father at a very early age. Under the tutelage of the great sarod maestro Ustad Ali Akbar Khan, Taranath became dedicated to the sarod. Throughout his career, he would also receive crucial guidance from two other legendary musicians of this musical lineage, Pandit Ravi Shankar and Srimati Annapurna Devi. He has received wide acclaim and honors nationally in India, including the Padma Shri in 2019 and the Sangeet Natak Akademi award in 2000. Karnataka has conferred many awards on him, including the Sangeet Vidhwan (2018), the Kempe Gowda award (2006), the Chowdiah award (1998), the Kannada
University, Hampi’s Nadoja award (2018), SVN Rao National Award (2020) and Basavashree Award (2021).

Currently living in Mysore, India, Pt. Taranath travels worldwide, both teaching and performing. His concerts have included performances at major Indian music venues and internationally at universities, conservatories and world music festivals.  In India, these have included the Tansen Sangeet Samaroh, the Dover Lane Music Conference, Sawai Gandharv Mahatsov, Sangeet Research Academy Sangeet Sammelan, Swar Samrat Music Festival and many others. From 1995 to 2005, Taranath served on the music faculty of the California Institute of the Arts in Los Angeles. As an organizer and founder of the Pt Taranath foundation, relating to the great musical and social values of his father, he has striven to foster Hindustani music in south India for many years. 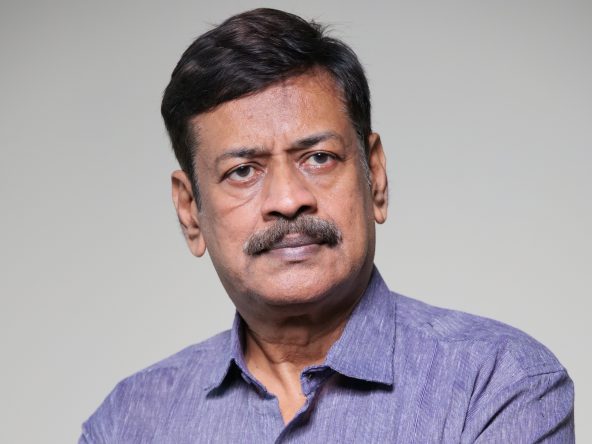 Amshan Kumar  is a national award winning film maker and writer. His feature films Oruthi and Manusangada have won Sankaradas Swamigal award from the Puduchery Government in 2005 and 2018. He has made a number of  documentaries on art, eminent persons and environment that have won wide acclaim. His book on film appreciation ` Cinema Rasanai` is prescribed as a text in many universities in Tamil Nadu and Sri Lanka. His most recent work is the English translation of Va.Ra`s Tamil biography of Poet Subramania Bharati. He frequently writes on books and films. He has conducted  courses on  film appreciation, film making and digital archiving