From the Black Arts Movement to Black Lives Matter 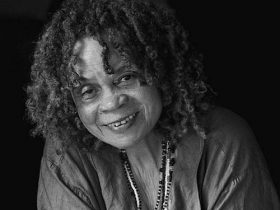 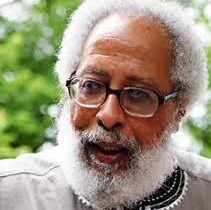 Sonia Sanchez and John H.Bracey discuss the intermingling of poetry and politics from the Black Arts Movement of the 1960s to the Black Lives Matter movements of today. Professor Bracey offers an overview of some of the differences and similarities between the two movements. Professor Sanchez’s presentation includes reading from her own work to illustrate the continuities. 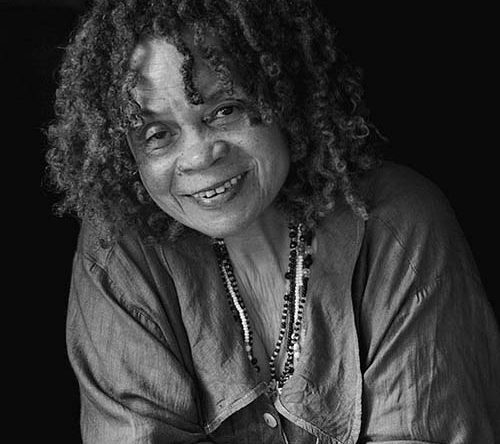 Poet. Mother. Professor. National and International lecturer on Black Culture and Literature, Women’s Liberation, Peace and Racial Justice. Sponsor of Women’s International League for Peace and Freedom. Board Member of MADRE. Sonia Sanchez is the author of over 20 books including Homecoming, We a BaddDDD People, Love Poems, I’ve Been a Woman, A Sound Investment and Other Stories, Homegirls and Handgrenades, Under a Soprano Sky, Wounded in the House of a Friend (Beacon Press 1995), Does Your House Have Lions? (Beacon Press, 1997), Like the Singing Coming off the Drums (Beacon Press, 1998), Shake Loose My Skin (Beacon Press, 1999) and most recently, Morning Haiku (Beacon Press, 2010). In addition to being a contributing editor to Black Scholar and The Journal of African Studies, she has edited an anthology, We Be Word Sorcerers: 25 Stories by Black Americans. BMA: The Sonia Sanchez Literary Review is the first African American Journal that discusses the work of Sonia Sanchez and the Black Arts Movement.

A recipient of a National Endowment for the Arts, the Lucretia Mott Award for 1984, the Outstanding Arts Award from the Pennsylvania Coalition of 100 Black Women, the Community Service Award from the National Black Caucus of State Legislators, she is a winner of the 1985 American Book Award for Homegirls and Handgrenades, the Governor’s Award for Excellence in the Humanities for 1988, the Peace and Freedom Award from Women International League for Peace and Freedom (W.I.L.P.F.) for 1989, a PEW Fellowship in the Arts for 1992-1993 and the recipient of Langston Hughes Poetry Award for 1999. Does Your House Have Lions? was a finalist for the National Book Critics Circle Award. She is the Poetry Society of America’s 2001 Robert Frost Medalist and a Ford Freedom Scholar from the Charles H. Wright Museum of African American History. Her poetry also appeared in the movie Love Jones. Sonia Sanchez has lectured at over 500 universities and colleges in the United States and has traveled extensively, reading her poetry in Africa, Cuba, England, the Caribbean, Australia, Europe, Nicaragua, the People’s Republic of China, Norway, and Canada. She was the first Presidential Fellow at Temple University and she held the Laura Carnell Chair in English at Temple University.

She is the recipient of the Harper Lee Award, 2004, Alabama Distinguished Writer, and the National Visionary Leadership Award for 2006. She is the recipient of the 2005 Leeway Foundation Transformational Award and the 2009 Robert Creeley Award. Currently, Sonia Sanchez is one of 20 African American women featured in “Freedom Sisters,” an interactive exhibition created by the Cincinnati Museum Center and Smithsonian Institution traveling exhibition. In December of 2011, Philadelphia Mayor Michael Nutter selected Sonia Sanchez as Philadelphia’s first Poet Laureate, calling her “the longtime conscience of the city.” BaddDDD Sonia Sanchez, a documentary about Sanchez’s life as an artist and activist by Barbara Attie, Janet Goldwater, Sabrina Schmidt Gordon, was nominated for a 2017 Emmy. 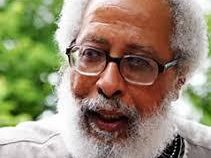 Prof. John H. Bracey, Jr., has taught in the W.E.B. Du Bois Department of Afro-American Studies at the University of Massachusetts at Amherst since 1972. His major academic interests are in African American social history, radical ideologies and movements, and the history of African American Women, and more recently the interactions between Native Americans and African Americans, and Afro-Latinos in the United States. During the 1960s, Prof. Bracey was active in the Civil Rights, Black Liberation, and other radical movements in Chicago. Since his arrival at UMass he has maintained those interests and commitments both on campus and in the wider world. His publications include several co-edited volumes, Black Nationalism in America (1970); the prize winning African American Women and the Vote: 1837-1965 (1997); Strangers and Neighbors: Relations between Blacks and Jews in the United States (with Maurianne Adams, 1999); and African American Mosaic: A Documentary History from the Slave Trade to the Twenty-First Century (with Manisha Sinha, 2004).