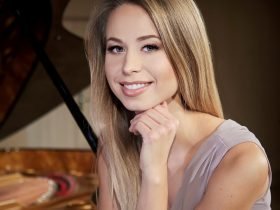 Presented in collaboration with the Consulate General of the Republic of Poland in Mumbai and the International Music & Arts Society, the programme will include a selection of works composed by Fryderyk Chopin, Poland’s most famous composer. Polish pianist Anna Lipiak will play a range of Chopin’s lyrical compositions on the piano, from the delicate Nocturnes and elegant Waltz, to the technically demanding Etudes and the dramatic Sonata in B minor Op. 58.
Anna Lipiak believes that the universal and moving music of the Polish composer must be experienced by audiences all over the world.
Programme:
Intermission

With the support of Kirloskar Electric 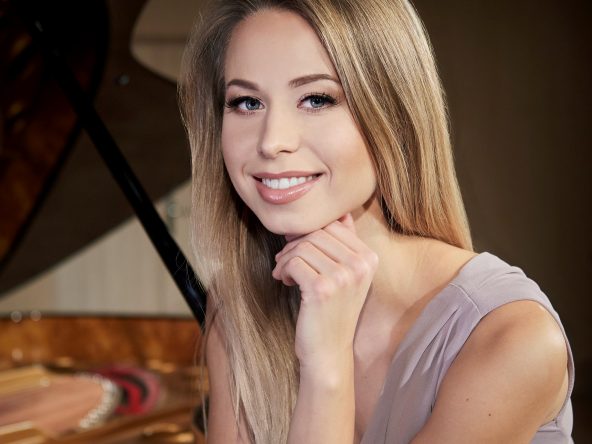 Polish Pianist
Anna Lipiak is considered one of the most talented Polish pianists of the young generation, admired for her poetic musicality, beautiful tone and a sense of freedom on stage. Her talent was discovered very early; at the age of 5 she was introduced to the piano. She has already performed 270 piano recitals in 13 countries on 2 continents: Vietnam, Nepal, Italy, Germany, Bulgaria, Turkey, and France, among others. She has also appeared in Poland in such prestigious concert halls as: The National Philharmonic Hall in Warsaw, The Pomeranian Philharmonic Hall in Bydgoszcz, and others.

In 2018 she graduated from the Music Academy in Bydgoszcz in the class of Professor Katarzyna Popowa-Zydron and Jerzy Sulikowski. From 2010-2016 she was studying with Grzegorz Niemczuk, one of the most active Polish pianists.

In December 2013 she made her debut as a soloist performing Chopin’s 2nd Piano Concerto in F minor Op. 21, together with the Polish Radio Orchestra directed by Marek Mos in Warsaw. In 2016 she did a concert tour in Italy. In 2018 Lipiak, as one of the best in her graduating class, performed the Liszt Piano Concerto No.1 in E flat major in the Pomeranian Philharmonic Hall in Bydgoszcz conducted by Michal Dworzynski.

In 2017 Anna Lipiak became a laureate of the prestigious scholarship programme “Young Poland” granted by the Ministry of Culture and National Heritage. The same year she was honoured to receive the Student Nobel Prize for the best student of arts in Poland. She also received scholarships from: the Marshal of the province Pomerania (2018), Yamaha Music Vietnam (2018), and the Ministry of Science and Higher Education
in Poland, among others.