2 shows by Manalmagudi Theatre Land on Migration, Alienation and Estrangement 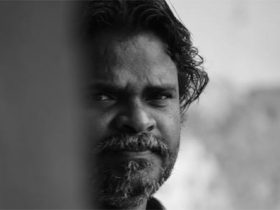 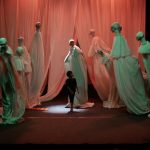 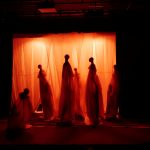 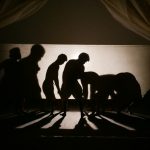 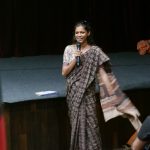 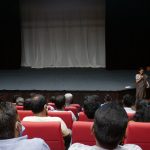 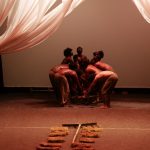 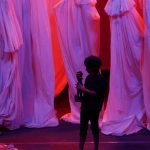 Actors emerge in different forms and shape, taking us back to an earlier civilisation, when people were searching for ways of survival.

Not tied to any specific incident in history, the play highlights the slavery and drudgery faced by migrants and nomads across civilisations. There is a reference to the SIAM death railway where lakhs of workers left Southern India, to build this railway connecting Burma and Thailand, under the supervision of the Japanese Government. Thousands of Indians are still in unmarked mass graves along the railway and campsites, forgotten by the Governments of India, Britain and Japan.

The performance opens up the horror and wrath of the wandering souls along railway tracks. Voices of three young girls, demanding for toys from their ancestors, becomes the central theme of the play. The toys and dolls act as a metaphor for a lost lifetime that is spent waiting, yearning to find a sense of belonging. With Boopathy’s unique touch of music and puppetry, the play leaves us feeling haunted by arresting visuals and lamentations, resonant with the plight of migrant workers during the pandemic.

Manalmagudi Theatre Land, based out of Kovilpatti, Tamil Nadu, India is a contemporary non-conventional Tamil theatre troupe that continuously experiments with theatrical content and form in terms of text, movements, properties, music, visuals and space. Manalmagudi navigates subaltern rituals and performances in Tamil Nadu and contemporary politics to explore new language of theatre and transcend limits of body, space, time and performance.

Manalmagudi’s main productions, are instrumental in bringing about a new genre of Tamil theatre of as yet unexplored theatrical vocabulary, by not re-enacting rituals into theatre but by embodying a theatrical ritual.

Focus is not merely on human centric theatre practice, but on incorporating theatrical language of non-human forms such as animals and plants, dolls and masks, sculptures and paintings within the productions.Rehearsals and performances often take place in spaces such as forests and shifting sand dunes, as well as in natural and educational settings in cities, towns and villages.

*Please note: BIC Venue events need attendees to be vaccinated with at least one dose, in addition to complying with all health and hygiene guidelines. 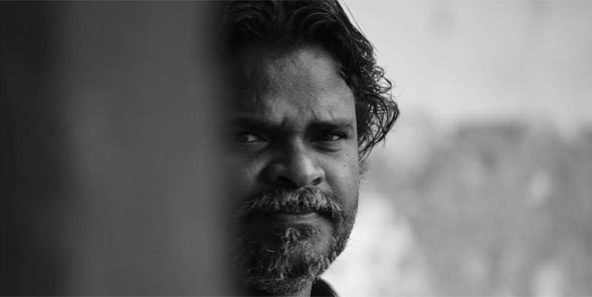 S. Murugaboopathy is the founder of Manalmagudi Theatre Land. An actor, he is the director, playwright, music composer and musician for the troupe. As a playwright he was awarded Ustad Bismillah Khan Yuva Puraskar, 2011 by Sangeet Natak Akademi, New Delhi for his work with Manalmagudi.

Starting with street theatre movement in 1987, Murugaboopathy has acted, scripted and directed more than 20 plays. The plays contextualise silences and gaps in mainstream history: of forgotten faces of great theatre personalities; loneliness of prisoners; tragic life of migration labourers and refugees; unbearable distress of farmers leading to their mass suicides; suppressed local histories; and detachment of human life from local cultural-ecological landscapes.

For the last 15 years Murugaboopathy has also been actively teaching children and experimenting with children’s theatre. He has directed more than 40 children’s plays.

At present, Manalmagudi is engaged in creating a theatre culture in south Tamilnadu by working closely with the younger generation school and college students and offering intensive theatre courses to children, college students, and the public in our theatre academy at our home town Kovilpatti, Tamilnadu.