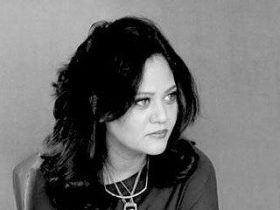 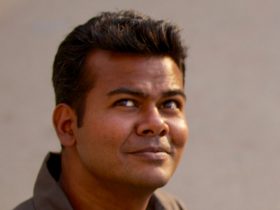 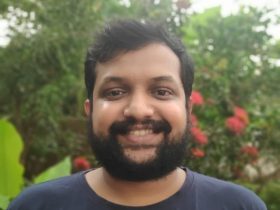 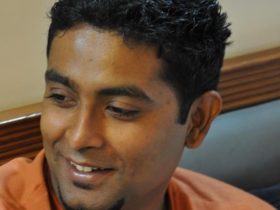 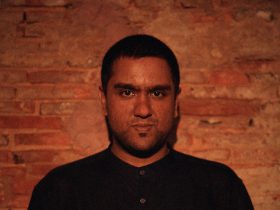 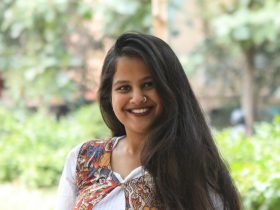 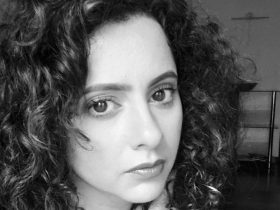 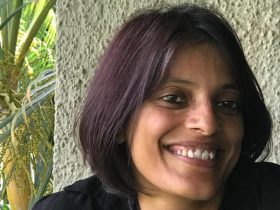 You must have heard of the Mailer Daemon? She faithfully replies to you, every time an email bounces. From the message fragments she often finds, she knows there’s a girl in the apartment who’s possibly losing her mind. Sandhya is trekking up in the mountains but can’t quite seem to find her freedom. And then there’s Mrs Raghuraman, who loses her head at a party.

Four characters intertwined by fate, their stories woven into a tapestry that can only reveal the unspoken, the partial, the incomplete…

Winner of the Infallibles Awards 2021 for the Best Show at the Edinburgh Fringe.

Hidden in Plain Sight v2.0 is the culmination of a nine-year journey. This is a story of four women in the city who are unmoored from society – who have “dropped off the grid” so to speak.

In the search for meaning making in this digital hybrid format, the aesthetics emerged from an exploration of being isolated, mental health, voyeurism and feelings of claustrophobia via a variety of lenses. The choice of dual/multiple frames of the same moment became an invitation to “drifting” or a “wandering” to allow the eye to be drawn to what feels right to the viewer in the moment. Hidden in Plain Sight nudges the limits of performance making, new writing and the actor’s craft, returning to first principles of why we do what we do, to meet the post-pandemic challenge.

This creative process is an inquiry into the actor’s craft – body, voice, presence and imagination – for creating text, performance and design – by placing the experience of the performer at the centre. The actor’s craft and bodily experience is normally in the service of the director’s vision or the exploration of a written text. This collaboration embodies a shared sense of authorship with a need to flatten the conventional hierarchies inherent in theatre making.

The text has a prism-like structure – where voice and sound move from ornamental concerns about delivery, to a central role in the production of dramatic meaning. The sound of the words, the turn of phrase, proper nouns, and even the mantra-like potential nascent in the utterance of a syllable, are released moment to moment to create a free-wheeling exploration of the four women characters at pivotal moments in their lives. Characters exhibit fractal self-similarity – as each woman who has dropped off the grid into liminality, rejected a conventional social position for an encounter with primal energy.

Embedded in the piece is the enigma of the Chhinnamasta – the decapitated Mother goddess from esoteric Hindu-Buddhist traditions informs this conception of primal energy and in an act of self-sacrifice, discovers regeneration and life. Some interpretations embody her as the essence of violent transformation. Other interpretations elaborate instantaneous activation of spiritual energy centres within the body. Words, through written symbols transmute in uttered sound – in effect, mantra! In the text, this restless search for “truthful sound” has prompted variations on the Zen Koans of Takuan Sōhō, an exploration of the dissolution of the body’s energy centres as given in the Tibetan Book of the Dead and even the incantatory language-codes of cyberspace.

The screening of the digital performance will be followed by a discussion and Q&A session. 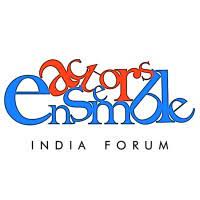 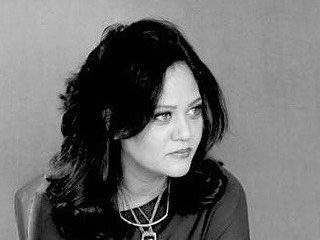 Mallika Prasad is the founder/creative director at Actors Ensemble India Forum (since 2007) – which is a practice-led arts research company. She has taught at National School of Drama, NINASM and University of Hyderabad in India, and at LASALLE, ITI and NAFA in Singapore. With over two decades of experience as performer/educator/actor trainer, she has developed Vachika – a uniquely Indian take on voice training for the contemporary performer.

She made her debut in Girish Karnad’s Kanooru Heggadathi which won the National Award for Best Film in 1999. She played the title role in ‘Devi’ Ahilya Bai (Hindi) directed by Nachiket Patwardhan, opposite Shabana Azmi and Sadashiv Amraporkar (2002) and most recently she acted in Anurag Kashyap’s yet-to-be-released Hindi feature film – Ghanghor Connection (March 2020), and a web series – Soup on Netflix Directed by Abhishek Chaubey. She won the Mahindra Excellence in Theatre Awards for directing Brian Friel’s Translations (META-2006). 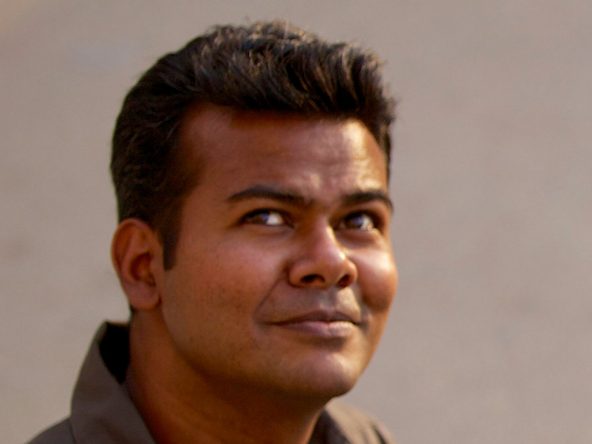 Ram Ganesh Kamatham has 25 years of playwriting experience. He has entertained and provoked audiences worldwide with startlingly contemporary themes, bold dramaturgical experimentation and the steadfast pursuit of dramatic truth. His hit comedies include Square Root of Minus One (2002), Dancing on Glass (2004) and Project S.T.R.I.P. (2008). He has won the Sultan Padamsee Playwriting Award in 2011 for Ultimate Kurukshetra and in 2020 for Undaunted. His genre-defying work includes Creeper (2007) and the site-specific aerial-performance piece Mall Wall (2014). He has written for young people with Beyond the Bubble (2016) and about young people in the cult-classic Crab (2006). His plays have been translated into Kannada, Hindi, Marathi and German 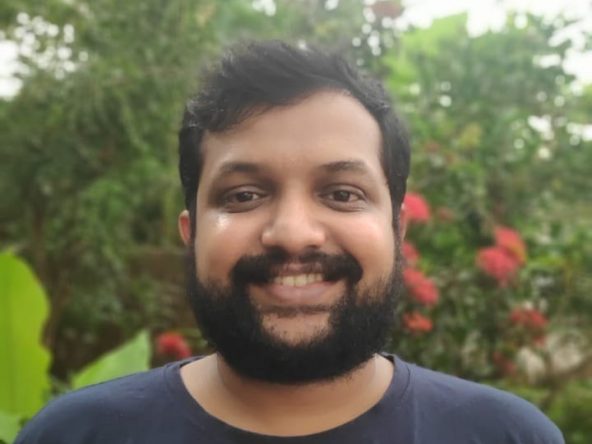 Vishnu Nambiar is a freelance Director/Cinematographer/Editor since 2014 and has created videos for over a hundred projects including music videos, short films, corporate films, adverts, dance, theatre, social causes, documentaries and vlogs, some of which can be viewed on his YouTube channel ‘3am Impulses’. He lives by a motto of ‘spontaneity’. He welcomes limitations as he believes them to be a pathway to creativity.

Check out his work here: https://www.youtube.com/channel/UCU78gArayx3hAjIc5vLfZmA 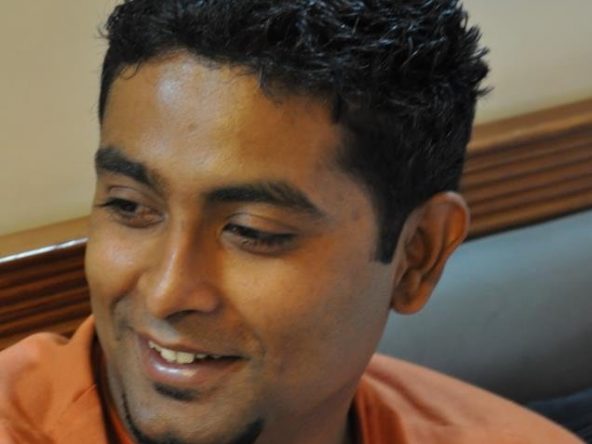 Prasanna D is a NSD & NINASAM graduate, who wears many hats. Besides directing, designing and writing, he is also an acting tutor. Among his several directorial/design projects, are his Peer Gynt by Henrik Ibsen which received critical reviews. He has translated and adapted into Kannada, several plays such as, The Rape by Franca Rame, Yarma by Lorca, Peer Gynt by Ibsen and Baby by Vijay Tendulkar. He has designed and executed sets for several theatre productions nationally and internationally, including Actors Ensemble India Forum’s Ultimate Kurukshetra which ran to full houses at the Esplanade in Singapore. He has done the art direction for the internationally acclaimed and multi award-winning Hindi feature film – Ghode Ko Jalebi Khilane Le Ja Riya Hoon, directed by Anamika Haksar. 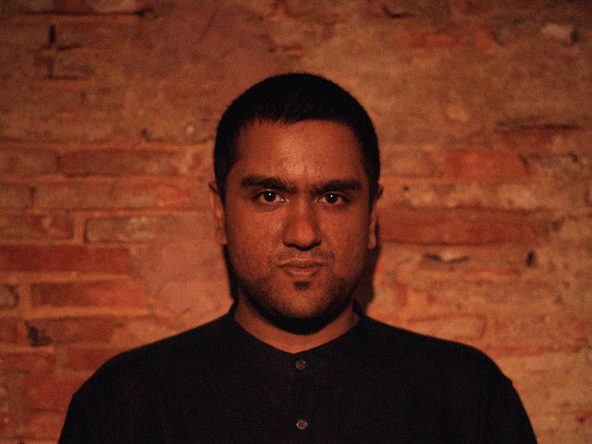 Aman Anand is an Electronic Music Producer & DJ who spends his time between India and Singapore. His work blurs the line between electronica, progressive house and deep techno, blending these different sounds together in a unique way that is all his own! His tracks have seen support from celebrated artists such as Hernan Cattaneo, Guy J, Secret Cinema and many more. The self-taught mechanics of dance music for this young musician has started to translate itself into releases on reputable international imprints such as Sudbeat, Balkan Connection, Juicebox Music and Mango Alley to name a few. Aman has been billed in clubs such as Headquarters, Tuff Club, Kilo Lounge, KRATE. in Singapore, and Humming Tree, Pebbles, blueFROG in Bangalore, India.

Get a taste of his sound here: https://soundcloud.com/amananandmusic 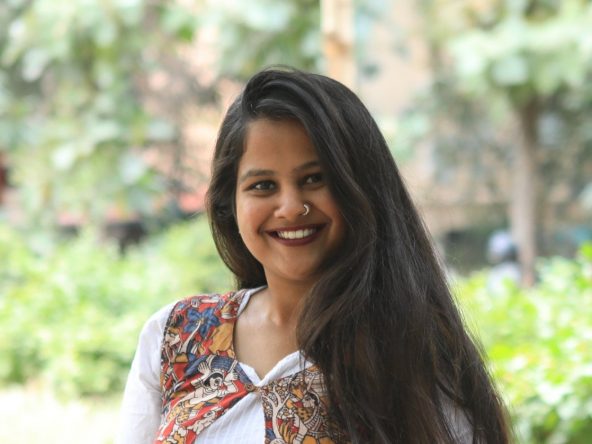 Disha Rao holds a bachelor’s degree in Visual Communication, Performing Arts and Psychology. She is a Bangalore based freelance theatre practitioner who specialises in production management with some international experience under her belt. She has worked with several theatre groups in Bangalore. She has interned with Actors Ensemble India Forum and has travelled with their acclaimed production of Ultimate Kurukshetra to Singapore in 2019. She has a keen interest in video editing and cinematography. 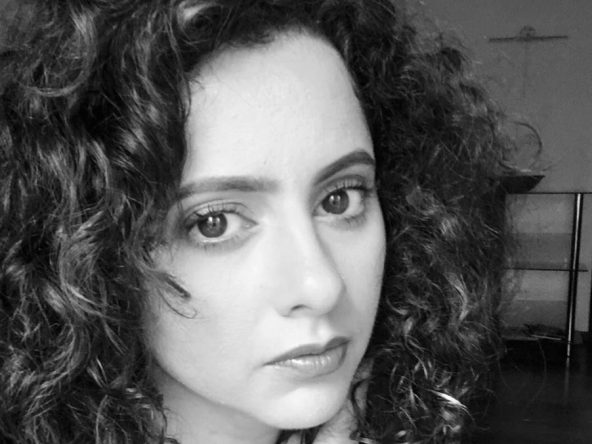 Aditi Raman is a leading make-up artist based in Bangalore with over 9 years of industry experience. She was lead trainer for South and East India at Estee Lauder’s Mac Cosmetics for 8 years. She has supported Wills Fashion Week and India Couture Week for several years. She has supported celebrity make-up artist Mickey Contractor and has worked closely with him for several couture events. 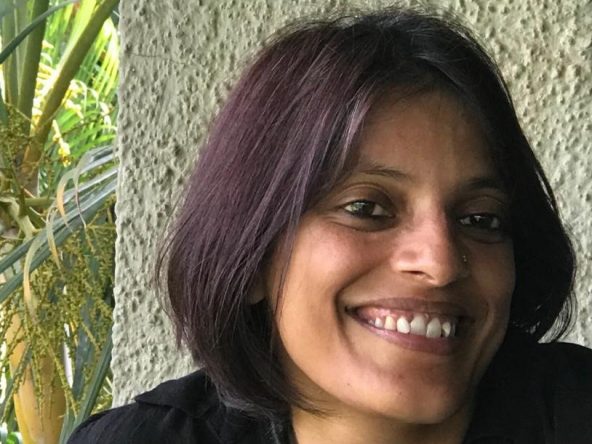 Meeta Gangrade is the Chief Digital and Operating officer of 1tohelp.net a leading Mental Health Company in India. Besides various corporate and startup roles that Meeta has played, she is a big Connoisseur of the arts and has setup an organization called ‘Artyfy’ with the vision of “Artyfing” our lives through curated cultural experiences.