Excavating the Human Molecular Past 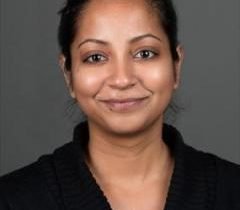 The ability to recover and analyse DNA from dead organisms was realized way back in 1984, with the publication of ancient DNA from an extinct South African equid called quagga. For the next couple of decades, efforts were made to expand this research to other species and older time periods, especially to trace the genetic history of our own species – Homo sapiens. Challenges relating to DNA quality and less optimal laboratory and DNA sequencing techniques meant that insights were slow to accrue and could only probe small regions of the genome (sum of the genetic content in our bodies). All of this changed in 2010 with the back-to-back publication of entire genomes of a Neanderthal and a 4,000-year-old ancient Greenlandic human. This scientific leap was facilitated by the explosion of new, high-throughput DNA sequencing technologies in the market coupled to improved methods for extracting and analysing DNA from the past. The last decade has leveraged new technologies to provide incredible understanding of the genetic origins of our species, including our origins in Africa, admixture or ‘introgression’ with other hominins such as Neanderthals and Denisovans, genetic diversification and population movements around the rest of the world, prehistoric and historic genetic mixing between human populations, as well as the evolution of human diseases and adaptations to various bio-physical environments.

These achievements were recently recognized when leading paleogeneticist, Dr. Svante Pääbo of the Max Planck Institute for Evolutionary Anthropology (Leipzig, Germany), was awarded the 2022 Nobel Prize in Physiology or Medicine. In this lecture, we will cover the history of the field of paleogenetics as it pertains to the study of our species and discuss key insights that the field has generated over time. We will also have on displace replicas of skulls from human ancestors, including Autralopithecus, Neanderthals and others.

In collaboration with NCBS. 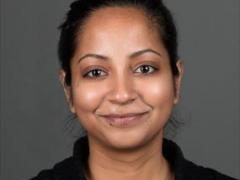 Maanasa Raghavan graduated from the University of Copenhagen, Denmark with a PhD in Paleogenomics (ancient DNA). She has completed her MSc in Archaeological Sciences from the University of Oxford, UK and her BSc (Hons) in Molecular Biology from the University of Toronto, Canada. Her research interests span questions and applications in multiple fields, including population genetics/genomics, anthropology, archaeology, and medical genetics. The big question driving her research is: ‘How have demographic, cultural, and environmental factors contributed over time to shaping the genetic profiles of present-day human populations?’

In order to address specific research questions embedded within this overarching goal, she, along with her team, uses a combined approach that brings together genome-scale data from present-day and ancient humans and their biotic environment, especially domesticates and pathogens. Through the implementation of multiple complementary projects set within the global context, their research will ultimately contribute towards the understanding of the evolutionary mechanisms that underlie adaptations and diseases among human populations.

Uma Ramakrishnan is an Associate Professor at NCBS interested in molecular ecology and conservation genetics. Her work involves using genetic and genomic data to make inferences about populations of endangered species, and suggest measures to avoid extinction. She also investigates the ecological and evolutionary contexts of emerging infectious disease.  She is passionate about science communication and science capacity building.