The Universal Language of Music 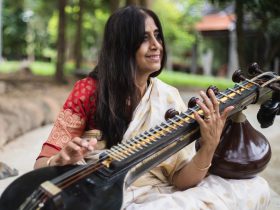 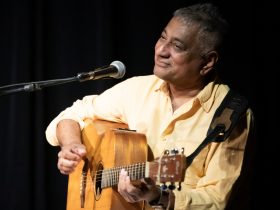 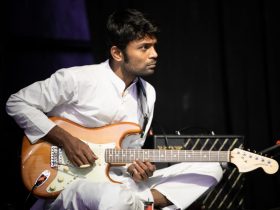 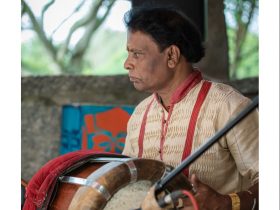 Presented as the ‘next big thing’ by TEDx recently, the Esperanto music project is a musical adventure of Geetha & Gopal Navale. The Bangalore based band, was formed in 1998 and has collaborated with bands from all across the world. The duo brings their enchanting music, with Geetha Navale on the Veena and lyrics from Gopal Navale. Like Esperanto, the universal language, the band seeks to cross cultural lines and evolve a new kind of music, with universal appeal. Their music demonstrates the confluence of Indian music and world culture, by engaging in collaborations at Guruskool, their lush residential world music farm on the outskirts of Bangalore. 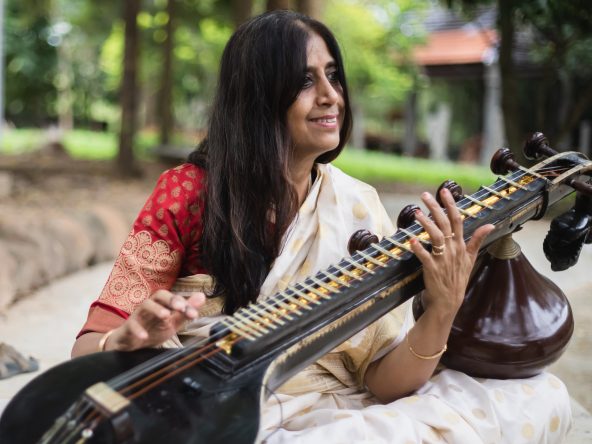 Geetha Navale has had the privilege of learning the ancient art of playing the veena under several renowned Gurus. She started her learning with Sri J. Anjaneyulu from the traditional Vijaynagaram school and continued under the legendary Sri R.K.Suryanarayan in Bangalore, where she moved to after her marriage to singer songwriter Gopal Navale. She now continues her musical journey under Vid. Sri. D. Balakrishna, the doyen of the Mysore Bani. She is open to recognising the beauty and power of other forms of music and along with her husband Gopal Navale, has established Esperanto, a project based at their music centre, Guruskool in Bangalore. 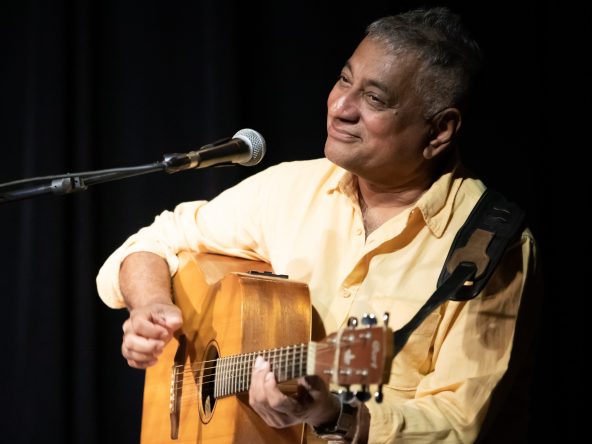 Gopal Navale​ is a compulsive musician with the uncanny ability to share his delight in music with the audience. His songs are very contextual, reacting profoundly to life around him. Being able to resonate with all forms of music he understands the underlying unity beyond culture specific styles and genres. 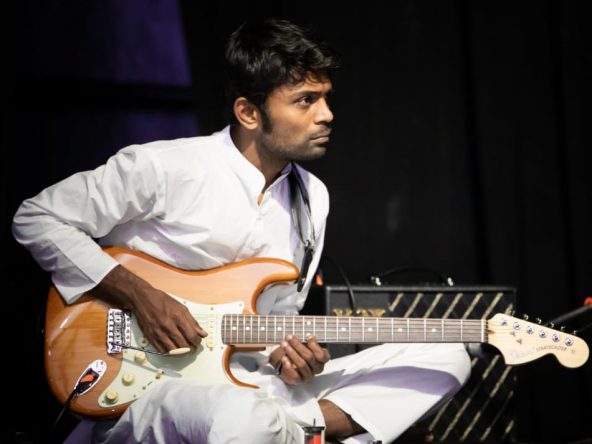 Guitar Sanketh, a blues artist, music composer and an Independent artist from Bangalore, has been playing music full time for the past 5 years and is now teaching at various institutions. He has completed his graduation in Biotechnology. He has performed across India and Abu Dhabi for the India Social & Cultural Center. He composed and performed music for a documentary on Sant Shishunala Sharif. 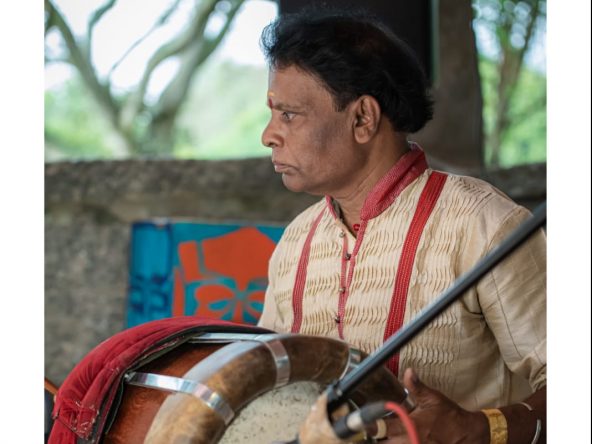 Dhol Chakravarthy Rajkumar​ is acclaimed across Karnataka as the state’s pride. He is known for his powerful playing and the strong groove that he lends to any performance.