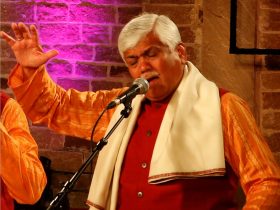 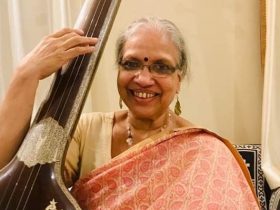 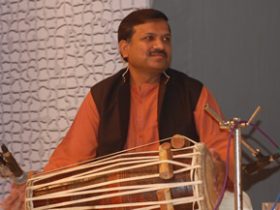 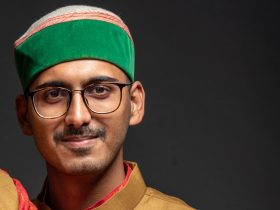 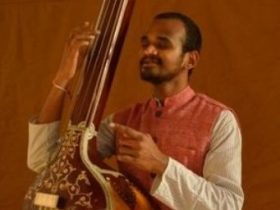 Dhrupad is believed to have originated from the Sama Vedic traditions, and engaging with this musical form is a deeply meditative, yet dynamic and awakening experience. The Gundecha Brothers are the foremost practitioners of Dhrupad today, and have developed a highly sophisticated sound through decades of study of its subtle nuances, Ragas and the body’s physiology. Through their Gurukul in Bhopal and its branches across the country, they have been very successful in training several talented young Dhrupad performers to take the tradition ahead. This concert will be an opportunity to dive into an exploration of the possibilities of sound as developed through a centuries-old tradition, accompanied by the dynamic sound and rhythm of the Pakhawaj

The artists featured in the video are:

Most indigenous systems of knowledge in India tend to be strongly associated with a lineage, and the conceptualisation of ‘tradition’ plays a central role in its study and transmission. In fact, it is common for a knowledge system to be valued based on its age in centuries and its ‘groundedness in its tradition’. Classical music systems are amongst the knowledge systems that have thrived (and continue to flourish) for many many centuries, and we see very strong engagements with the idea of ‘tradition’ here as well. Art is said to have meaning only if it stays contemporary and finds relevance, and classical musicians are constantly faced with this duality of being ‘traditional’ and carving their own path.
This conversation is aimed at exploring the conceptualisations of ‘tradition’ as seen by the Gundecha Brothers – leading masters of the Dhrupad music tradition today. While ‘tradition’ and innovation may appear contradictory, every musician to have made her/his mark in the recent past have clearly challenged notions and expanded boundaries through their individual creativity & innovation. And yet, there is a strong emphasis on staying grounded in the tradition. This dichotomy is one of the most fascinating ideas to explore in the realm of art. 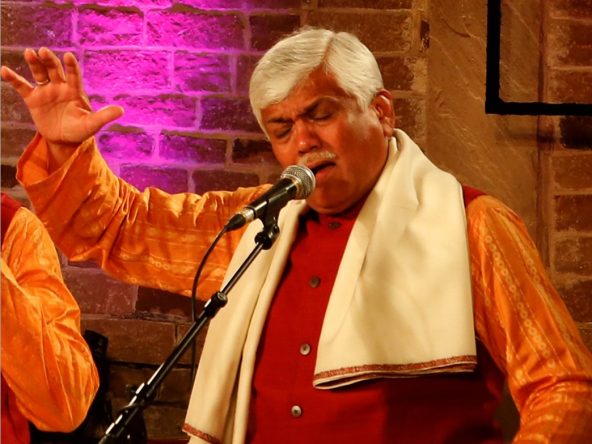 The Gundecha Brothers have been, for more than two decades, the most active performers and teachers of Dhrupad (the ancient Indian musical vocal genre) on the world musical scene today. They have made numerous international concert and workshop tours, visiting more than 30 countries around the globe, and have recorded more than three dozen CDs for various national and international music labels. Umakant and Ramakant, vocalists and the eldest of the three brothers, both received the Padma Shri (the fourth highest civilian honor of India) in 2012 from the Government of India, and in 2017, the Sangeet Natak Akademi Award, for their significant contributions to Indian classical music.
Born in Ujjain in central India, the Gundecha Brothers were initiated into music by their parents. All three received conventional university educations while also studying music.

Beginning in 1981, Umakant and Ramakant began their Dhrupad training with the renowned Dhrupad vocalist, the late Ustad Zia Fariduddin Dagar, and also with the late Ustad Zia Mohiuddin Dagar (the distinguished master of the rudra veena) at the Dhrupad Kendra in Bhopal. Akhilesh Gundecha, the youngest brother, studied the pakhawaj (barrel drum) with the late Pandit Shrikant Mishra and the late Raja Chhatrapati Singh JuDeo—both prominent percussionists. In addition to performing with his brothers, Akhilesh has accompanied almost all of the major Dhrupad vocalists and instrumentalists of India. The three brothers have appeared regularly on local and national radio and television.

In 2004 the Gundecha Brothers founded the Dhrupad Sansthan in Bhopal, India— a unique international and residential music academy incorporating the ancient guru-shishya (teacher-disciple) tradition of education, with students having attended from more than 35 countries, as well as from all across India. Moreover, through their senior students, the Brothers have established the teaching of Dhrupad in New Delhi, Bengaluru, Chennai, Hyderabad, Kolkata, and Pune, as well is in Kathmandu, Nepal.

Among the signature achievements of the Gundecha Brothers has been their ability to conduct intensive Dhrupad workshops abroad. In the brief period of ten days to two weeks, they prepare a small group of students—usually from ten to twenty, with no previous background in Indian music and often with little or no commonality of language—for a short performance of Dhrupad vocal and percussion (on pakhawaj). They have also appeared on U.S., British, German, French, Hungarian, Japanese and Australian Radio.

Then, in November 2019, the world of Indian music was deeply shaken by the sudden passing at the age of 57 of Ramakant, the younger of the two vocalist brothers. After a brief period of mourning, the Gundecha Brothers’ commitment to performing and teaching has continued apace at the Dhrupad Sansthan, and in a full schedule of concerts in India and around the world. Already Ramakant’s legacy is nobly represented by his multi-talented son, Anant Ramakant Gundecha who, having learned from his his father and uncle since an early age, has already established himself as an accomplished Dhrupad singer. Recipient of multiple scholarships and awards, he has given solo as well as duet performances with his father and uncle around the world.

In short, the importance of the Gundecha Brothers to Dhrupad and to Hindustani classical music is not only that they have taken major strides to make Dhrupad more accessible and popular across India and throughout the world, but they have also brought, with a distinctive range of dynamic innovative techniques and approaches, new dimensions to the practice of the jugalbandi (duet) that was, during the last century, established firmly in the Dhrupad tradition by the revered Dagar family. 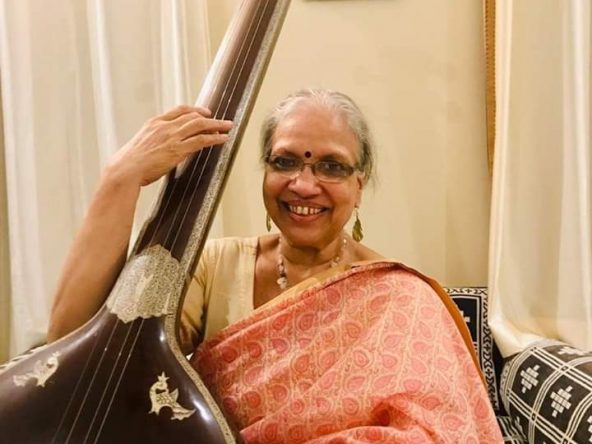 Tara Kini is an independent consultant in Education and Music and works with several reputed institutions in Bangalore, Andhra Pradesh, Delhi and Ahmedabad, developing curriculum, and training teachers and trainers. Tara has been a teacher and administrator in Mallya Aditi International School for twenty years. She partnered in setting up the Centre for Education, Research and Training in the Srishti School of Art, Design and Technology.

Tara has trained intensively in Hindustani classical music, from the late Shri Narayan Rao Patwardhan, Smt. Mira Khirwadkar Deshpande, and the late Pandit Rama Rao V. Naik. She is currently training in Khayal from Smt Lalith J Rao, and in Dhrupad from Padmashree Gundecha Brothers. She has helped to set up a school of Dhrupad in Bengaluru, called the Dhrupad Sankula, affiliated to the Dhrupad Sansthan, Bhopal, where a senior disciple of the Gundecha Brothers, Amita Sinha Mahapatra teaches regularly.

Tara has composed music for theatre, and directed music shows. She has taught a course on the Music and Religion of South Asia in Stanford University and presented research papers on music and education in Sheffield and Helsinki.

Tara is the founder director of a music collective called Sunaad that has presented several shows that demystify classical music. The last four projects in Sunaad that she has conceptualised and directed, Swar Katha Upanishad, Isha Rumi- Beyond Form, Mandukya Sant Vani and Kenopanishad, have Dhrupad music composed by the Gundecha Brothers. 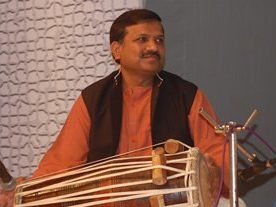 Akhilesh Gundecha has learned Pakhawaj playing from Pandit Shrikant Mishra and Raja Chhatrapati Singh JuDeo. He is post graduate in music and graduate in Law. Has also got scholarship from Ustad Allauddin Khan Sangeet Academy,Bhopal and Govt. of India. He has accompanied many of the Dhrupad Maestros like- Ustad Z.F. Dagar, Ustad Fahimuddin Dagar, Pt. Siyaram Tiwari, Shrimati Asgari Bai, Dr. Ritwik Sanyal and Bahauddin Dagar. He has also played solo recitals in Tansen Festival-Gwalior, Haridas Sangeet Samaroh Mumbai, Dhrupad Samaroh Bhopal and many other festivals. He has toured, USA ,Europe, Japan, Australia. He is regularly featured on Radio and Television. 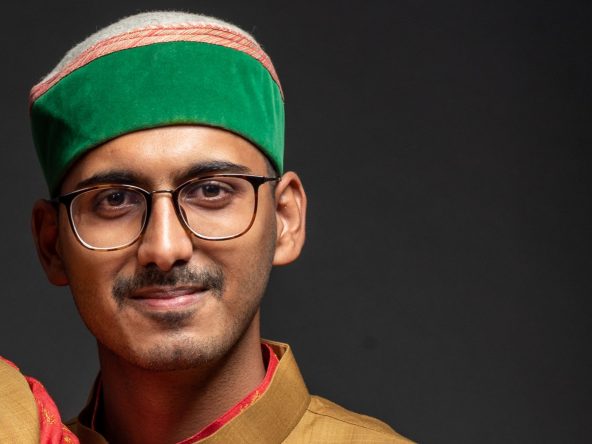 Anant Gundecha has received intense musical training from a young age from his father and uncle. 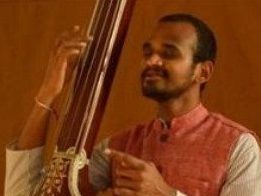 Sajan discovered his interest in Indian Classical Music whilst doing his BTech from IIT Bombay, and was introduced to this world by Shri Harshal Pulekar and Prof Milind Malshe – who also introduced him to the Dhrupad form of Indian music. On discovering Dhrupad, he decided to shift into a full time study of this form, and was fortunate to be accepted as a full time student by Padma Shri Gundecha Brothers – the leading Dhrupad performers and Gurus today. He has been learning at their Gurukul in Bhopal since 2013, and has won many scholarship awards for his musical merit including ICMA San Francisco’s Indian Music award, Ministry of Culture’s scholarship and the NCPA Scholarship for Dhrupad musicians. He has accompanied his Gurus as well as performed solo recitals on many platforms and is also finding newer spaces of expression and engagement for Dhrupad through his association with Naadyata Foundation and Still Space Theatre.