Will America lead from the heart again? 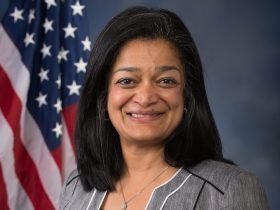 Congresswoman Pramila Jayapal will discuss her thoughts on America’s current political situation, how we got to where we are and what the future holds. Jayapal will touch on issues of income inequality, immigration and the rise of Trumpism. Jayapal explores the question of whether today’s America can continue to evolve, grow and lead in the ways that attracted her as a young immigrant, while holding fast to the promise and heart that led her to call America home. 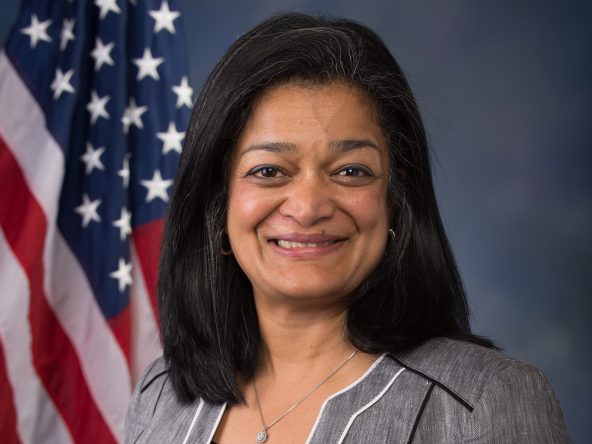 Congresswoman Pramila Jayapal was elected in 2016 and is currently serving her second term in Congress. Jayapal is the first Indian-American woman in the U.S. House of Representatives and one of only 14 naturalized citizens to serve in the United States Congress.

In Congress, Representative Jayapal has been a leader on immigration issues, including fighting the Trump Administration’s inhumane policies of separating children from their parents and crafting legislation to help expand legal immigration to America.  She is also the lead sponsor of the Medicare for All bill in the House. She is the author of the College for All Act, which would ensure every American has access to higher education.

Before coming to elected office, Jayapal spent twenty years working internationally and domestically in global public health and development and as an award-winning national advocate for women’s, immigrant, civil, and human rights.  She spent almost a decade working on global health and development for the international nonprofit organization, Program for Appropriate Technology in Health (PATH), and as a fellow for two years living in in India for The Institute of Current World Affairs.

Representative Jayapal was born in India, grew up in India, Indonesia and Singapore, and came to the United States by herself at the age of 16 to attend college at Georgetown University.  She later received her MBA from Northwestern University and has worked in a number of industries in both the public and private sector.