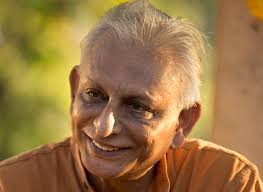 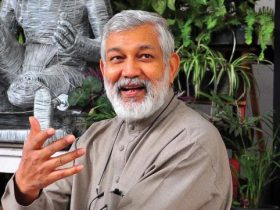 Sri M’s transformational journey – from a young boy to a living yogi – is a fascinating story.

Born into a Muslim family as Mumtaz Ali Khan in Thiruvananthapuram, Kerala, Sri M’s spiritual transformation was initiated at the age of nine by his future Master, Maheshwarnath Babaji. At nineteen, he embarked on a journey to the Himalayas – seeking a true Master.

His fortitude was soon rewarded by the timely appearance of his Master, Maheshwarnath Babaji, who initiated him forthwith into the Nath tradition. The next three-and-half years, he lived and travelled extensively through the Himalayas with his Master –gaining insights into India’s ancient spiritual texts, scriptures of other faiths and the esoteric discipline of Kriya Yoga.

Babaji encouraged him to return to the plains thereafter – to prepare for his life’s mission. He visited holy places across the subcontinent – Marutwa Malai, Ajmer, Dakshineshwar, Belur Matt, Puri, Benaras, Alandi, Shirdi and Tiruvannamalai – to familiarise himself with diverse spiritual traditions. He met saints from various religions including Neem Karoli Baba and also interacted with LaxmanJoo and Jiddu Krishnamurti. Around this time, Sri M was appointed as Governing Body Member of the Krishnamurti Foundation, and he later went on to manage the Neel Bagh School, Karnataka with his wife, Mrs Sunanda Ali. Few years after his Master passed away, he received the spiritual go-ahead to commence his life’s mission. In 1998, he started teaching, leading to the formation of The Satsang Foundation.

Traveling extensively unto the present day, he has quietly gone about his life’s mission—teaching and guiding people as per his Master’s instructions. In response to a query on the spiritual progress of a person and the path to that evolution, he says: “ Though, my parampara is Kriya Yoga, I don’t think it suits all aspirants. I propound Satsang even between two people. It cuts across barriers of caste and creed. Spiritual evolution is not diverse from regular living. Intervals of solitude are necessary but you cannot shut yourself totally. The world around you is your touchstone to spiritual practice.”

Conversant with teachings of most major religions, Sri M says: “Go to the core. Theories are of no use.” His message seeks to transcend the outer-shell of all religions by exploring their mystical core. In the 90’s, he led interfaith-harmony walks in Bangalore and Madanapalle under the concept of Manav Ekta – a precursor to the Walk of Hope 2015-16.

In 2011, Sri M wrote his memoir Apprenticed to a Himalayan Master — A Yogi’s Autobiography, which became an instant bestseller. Books like Wisdom of the Rishis: The Three Upanishads: Ishavasya, Kena & Mandukya; The Little Guide to Greater Glory and a Happier Life; and Jewel in the Lotus: Deeper Aspects of Hinduism soon followed.

Based in Madanapalle, Andhra Pradesh, he leads a simple life—teaching and guiding The Satsang Foundation and Manav Ekta Mission. 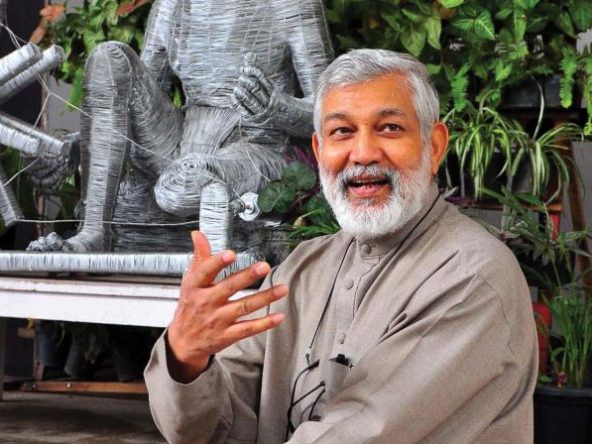 After retirement, Dr Singh has served on a Commission appointed by the Supreme Court of India.

He has worked with a number of NGOs for Helplines (Women, Child, Elders) operated by the Police. His PhD thesis was published as a book. He also has two books of poems in Hindi and has translated many Kannada poets into Hindi. Dr Singh has trekked extensively in the upper Himalayas and has visited museums and galleries around the world. He and his wife Tara walked with Sri M throughout India as part of the Walk of Hope in 2015-16. Dr. Singh also did the Hindi translation of Sri M’s book ‘Apprentice to a Himalayan Master’.