The State of Wild Bees in a Rapidly Changing Urban Ecosystem 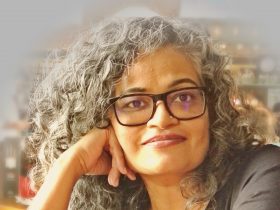 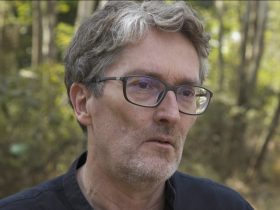 Concerned about pollinator decline, a filmmaker follows, for the first time ever, migratory giant Asian honeybees to uncover how human progress is driving native bee species to the point of no return.

Colonies in Conflict is a feature length documentary that examines the state of wild bees in a fast-developing Indian landscape. Human action is causing pollinator declines all over the world spelling disaster to nutritional security and biodiversity of our ecosystems. Filmmaker Rajani Mani gives a first-person account of how expanding cities are wiping out native bee populations, starting from her own neighbourhood.

In trying to save bee colonies in her community from being decimated, Rajani inadvertently stumbles into the world of wild bees. In a first ever, migratory honeybee species Apis dorsata (Rockbees) – native to south Asia – have been filmed extensively over various landscapes to find out how big a negative impact people have had on insect populations. She discovers that we have very less time to reverse the catastrophe we started, but every species stopped from extinction would help hedge our bets in an uncertain future.

The film has been supported by a grant by Rohini Nilekani Philanthropies. It has been filmed over two years in Bangalore and other locations like – Coorg, Valsad and Kolkata.

Following the screening there will be a discussion between the film’s Director, Rajani Mani and Dr. Axel Brockmann of NCBS, who is also the Scientific Advisor of the film. 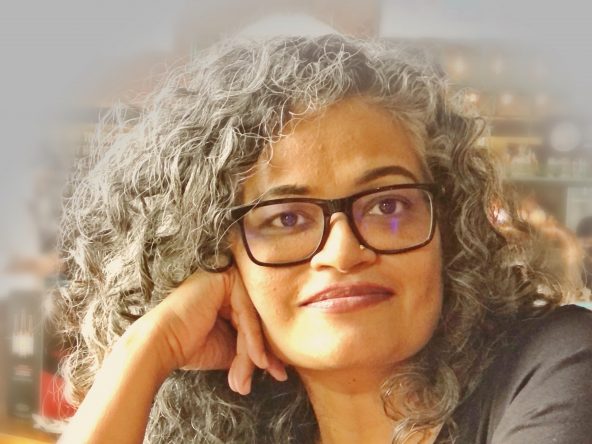 Rajani Mani was born in 1974, in Allahabad, into a military family. She spent her childhood close to nature in cantonments all across India. She completed her Masters in Mass Communication from AJK MCRC, Jamia Millia Islamia.

In 2002, she co-founded Elephant Corridor Films as a collective space for meaningful and fearless narratives on human activities and the natural world. Rajani is a climate warrior and is associated in her community and beyond in creating a habitable planet for future generations. She has co-directed and produced award winning documentary films such as Miles to Go, In God’s Own Country, Food? Health? Hope? 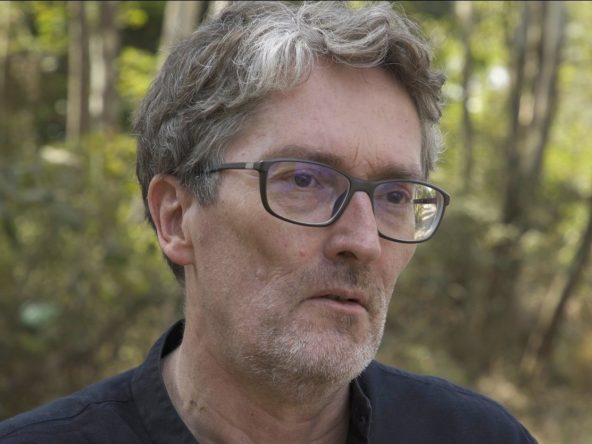 Scientific Advisor of the Film

Dr. Axel Brockmann is an Associate Professor at the National Centre for Biological Sciences, Tata Institute of Fundamental Research (NCBS-TIFR). He is deeply interested in the biology and behaviour of honeybees. Experiments in the lab range from observations of the behaviour in nature to identifying molecular processes in the brain of honeybees underlying behavioural capabilities like time memory. In recent years, he and his students started to have a closer look at the rock bee, Apis dorsata. The rock bee is unique among all honeybees in that it is capable to fly during the day and moonlit nights. Besides his interests in fundamental research, Axel Brockmann and his colleagues of the Indian Pollinator Initiative are trying to promote public awareness of the importance of honeybees and other insect pollinators for fruit production and environmental conservation. In contrast to the beneficial value of honeybees for humans, Apis dorsata colonies are eradicated in Indian cities because the colonies tend to build their nests at overhangs or balconies of buildings. In collaboration with Dr. Smitha Krishnan (Alliance Bioversity-CIAT), Axel Brockmann’s lab started to investigate and monitor the behaviour of Apis dorsata colonies in Bangalore and the response of residents confronted with the colonies.