A Chronicler of Our Troubled Times

K P Sasi is popularly known as a filmmaker. But for Sasi, films were only a medium in exposing the hypocrisies latent to our world, as were his cartoons, poetry and writings. With wit and sarcasm, he tore into the indulgences of developmentalism, time and again, bringing to fore its stark contradictions as also its terrible impacts and intergenerational implications. He dreamed of a world in which possessiveness would be a disease and deep humanism and eco-centrism determine the quality of our brief time on this living planet. Through his life, equipped with his multiple talents (he was excellent musician), he worked to bring stories of the most vulnerable –  adivasis, fisherfolk, urban poor, dissenters, victims of militarisation, etc. – into public consciousness. His endearing qualities drew him to be liked by one and all, and he left this world as he came into it – without any possessions. BIC celebrates his life by showcasing his feature film and documentaries. The screenings will be accompanied by discussions and conversations with Sasi’s colleagues, contemporaries and friends.

11:30 am | Shh…Silence Please | 2008, 120 mins
This is a silent feature film that portrays a journalist fighting against a chemical factory against its environmental pollution. The story is built with a humorous tone (dark humour) and speaks easily to children. (Kids will love this silent movie!)

2:00 pm | Gaon Chhodab Nahin | 2009, 4 mins
This is a music-video-style documentary on the impacts of developmental projects on Adivasis, on their resistances to paradigms of maldevelopment, of their lives, livelihoods and sacred spaces. It is a commentary on how their intricate connect with this living planet is vandalised violently by developmental projects.

2:10 pm | Ek Alag Mausam | 1998, 120 mins
This is a feature film that draws our attention to how HIV/AIDS survivors endure societal rejections and violations of their fundamental rights. The film portrays their struggle to be treated with respect and dignity.

4:45 pm | America America | 2005, 4 mins
This is a satirical music-video set in the backdrop of America’s war in Iraq, and in the context of its roles in causing violent conflicts around the world.  It questions the very meaning of America’s claim to spreading values of peace and liberty.

5:00 pm | Voices from the Ruins – Kandhamal In search of Justice | 2016, 95 mins
This is a documentary on the horrific mass violence targeting Christians in Kandhamal district of Odisha during 2008. Through survivors’ accounts, the film documents their continuing struggles for justice, to survive as a community, for rehabilitation and their right to pray without fear.

6:30 pm | A Valley Refuses to Die | 1988, 50 mins
This is a documentary that surveys environmental and social impacts of mega dams built on Narmada River, and follows the incredible Narmada Bachao Andolan led struggles of adivasis and farming communities against dominant narratives of developmentalism.

7:30 pm | Breath to Breath | 2022, 24 mins
This is a conversation with K P Sasi on the accident of his life, in which he speaks of the responsibility we all carry to make it meaningful for all. Released by filmmaker Amudhan R. P. 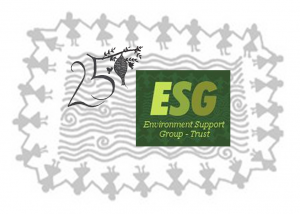