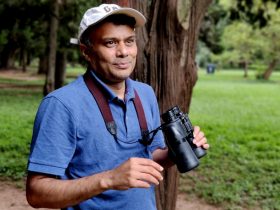 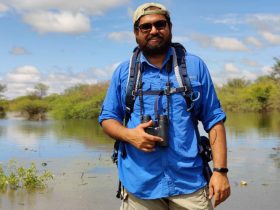 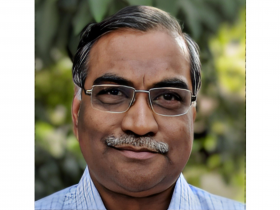 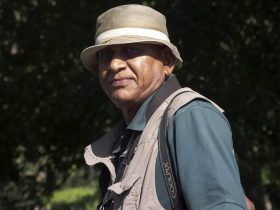 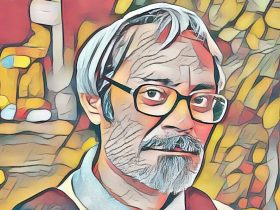 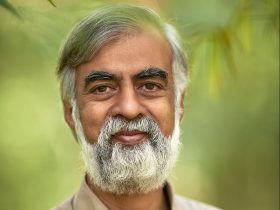 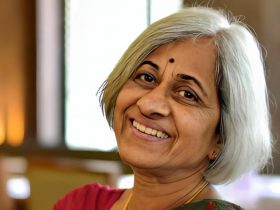 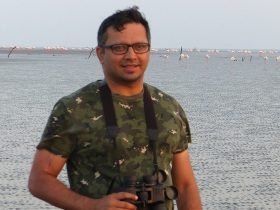 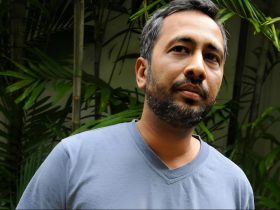 On October 8th the ever-growing community of birdwatchers are observing the 8th Bengaluru Bird Day.

Dr. George led a motley group of people in Bengaluru from 1972, though the 1980s and until about the mid-1990s, to spread the joy of birdwatching. He started an informal birdwatching group in Bengaluru in 1972 called the Birdwatchers’ Field Club of Bangalore, which with the passage of time and the birth of technology also branched into the online Yahoo group ‘bngbirds’ by 1999. He was an organic chemist by profession and had many research papers on birds to his credit. He started group bird watching activities as early as the 1940s in Dehradun, where he was posted at the Forest Research Institute. Veteran birders remember him for the way he encouraged them to make their own observations, always emphasizing that contributions to a knowledge base on birds could be done by anyone, and not just scientists. 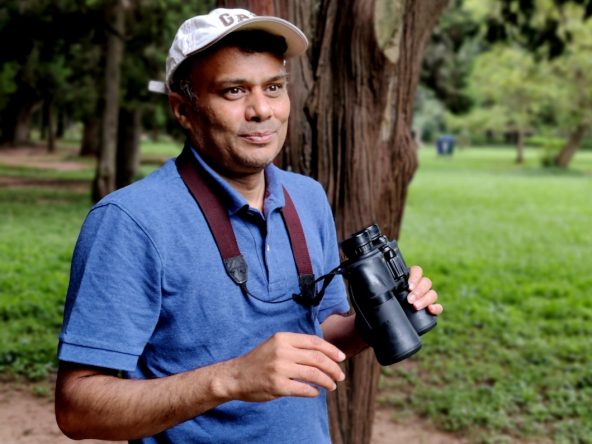 As a kid, Prashanth was fascinated by the lakes and hillocks present around Bangalore. He developed keen interest in the birdlife that abound the hills and lakes of Bangalore. Starting with hobby projects such as the Bangalore Bird Monitoring Programme and Waterbird Diversity in the wetlands of Bangalore, he has been assisting and co-ordinating bird studies that include the following: forest owls & ecosystem services in the Kalakad Mundunthurai Tiger reserve and waterbird monitoring in the Tamiraparni river basin among others. He is currently working on using acoustics methods to detect the critically endangered Jerdon’s Courser. 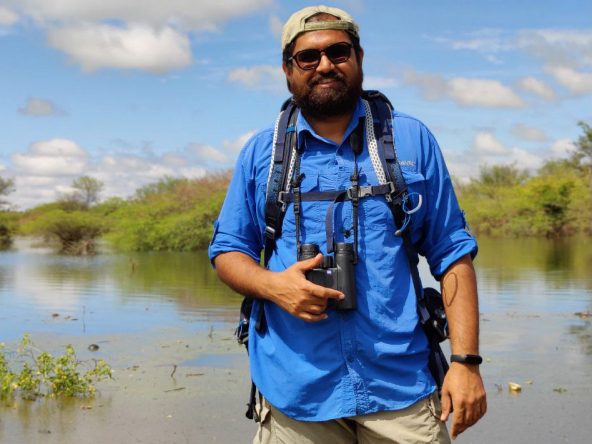 Dr. Seshadri is a DST-INSPIRE Faculty in Centre for Ecological Sciences, IISc. His research is focused on understanding and conserving biodiversity. He grew up in Bangalore and has spent over a decade in the field and observing nature. Furthermore, he has studied several ecosystems and taxa ranging from dragonflies to epiphytes in the tall forest canopies in the Western Ghats. During his PhD at the National University of Singapore, he discovered new species and new reproductive behaviour of frogs and examined the evolutionary ecology of such behaviour. In his spare time, one could find him tending a garden, reading a book, or exploring the wilderness. 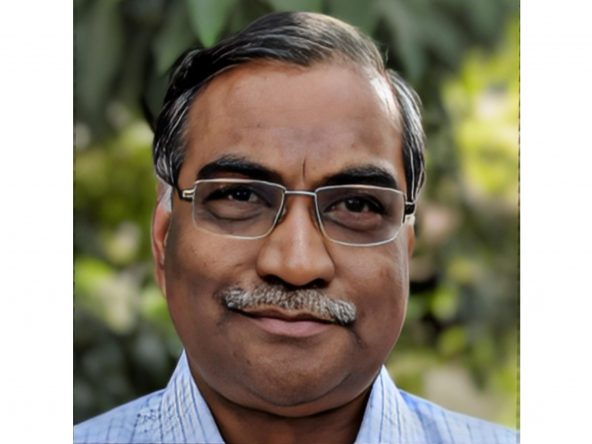 K. S. Nataraj has donned many hats – from being a lecturer, reader, and professor to heading the department of physics & electronics, and being the Vice Principal at National College, Jayanagar. He has a keen interest in environmental awareness campaigns, bird watching and nature trails, conducts quiz programs and participates in science talks on All India Radio. At present, he is the Director at BV Jagadeesh Science Centre, and serves as Member of the Governing Council (National Education Society of Karnataka), and Member of the Managing Committee (National College, Jayanagar). 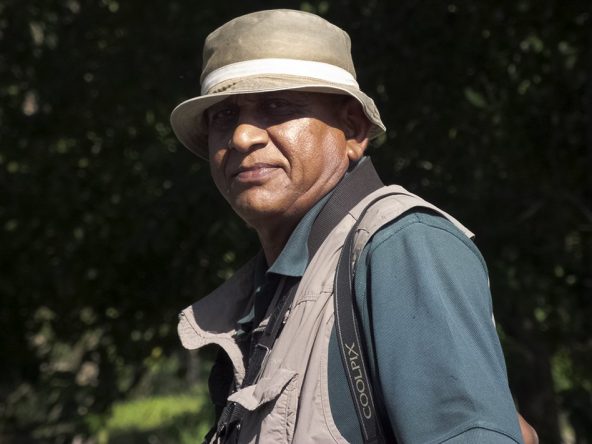 Dr. S. Subramanya, known as ‘Subbu’ or ‘Subbi’ in birding circles studied entomology at the University of Agricultural Science in Bangalore. In 1980, he joined BNHS to work under Dr. Salim Ali, in its bird migration project at Point Calimere, Bharatpur and Harike. Later, he returned to Bangalore to pursue his Ph.D., studying birds in agricultural ecosystems, following which he joined the University of Agricultural Sciences, working as an entomologist studying stored grain insect pests. After his retirement in 2018, he undertook a dream project to follow the footsteps of Salim Ali to re-conduct his 1939-40 Mysore Bird Survey. 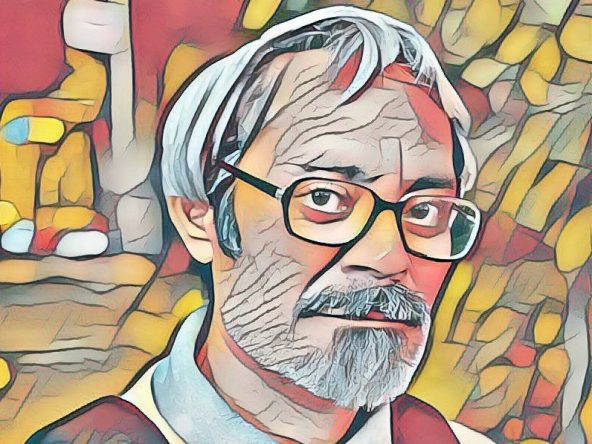 Dr. Krishna MB is an ecologist and ornithologist from Bangalore who has been interested in bird and habitat conservation and improvement. His research interests have been in the field of monitoring and bird-community ecology, and in wildlife biology in general. He has been associated with the birdwatching movement in Bangalore for over four decades now. Dr. Krishna was one of the key authors in the preparation of the first and only annotated checklist of the birds of Bangalore, for which he raised the publication funds and did the layout and design too. Dr. Krishna started the first email discussion group in the region to further the interest in birds and other wildlife which has grown to be the largest email discussion group for the subject in South Asia. The group is in its twentieth year now. 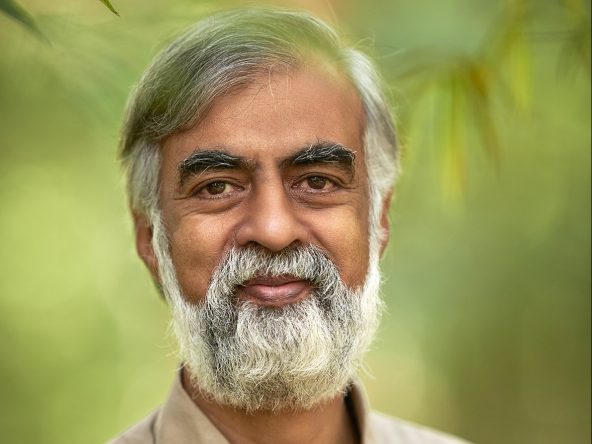 Karthikeyan S. has been a keen observer of natural history and a passionate nature educator for close to four decades. He has authored ‘The Fauna of Bangalore – A Checklist’ published by WWF-India and the popular pocket guides ‘Discover Avenue Trees’ and ‘Explore Spiders of India’, published by EcoEdu. He is also the co-author of a booklet titled ‘Ideas for Outdoors – Plants’ and a book on Common Avenue Trees in Kannada. He presently works as the Chief Naturalist at Jungle Lodges and Resorts Ltd. In2013, he was conferred the Carl Zeiss Wildlife Conservation Award. Karthik shares his experiences about the denizens of the wild, both from the urban spaces and across the wilderness of the country on his blog https://wildwanderer.com 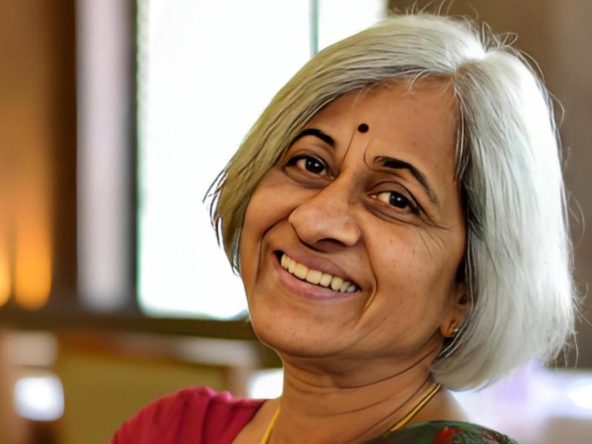 Usha Ramaiah has a keen interest in rock and mountain climbing. She has a rich experience of having trekked several peaks of the Himalayas and other areas. Being a trainer with the Bharat Scouts and Guides helped her to be in the outdoors, observing birds and other wildlife, a trait that she picked up from her mother. After retirement, she was invited to join the Sanctuary Asia Magazine, and has been coordinating the Kids For Tigers (KFT) program in Bangalore. She took up birding seriously after she joined the Birdwatchers’ Field Club in the 90’s and has never looked back. Being an avid gardener, Usha takes her love of birdwatching and observing nature to the people around her, especially children. 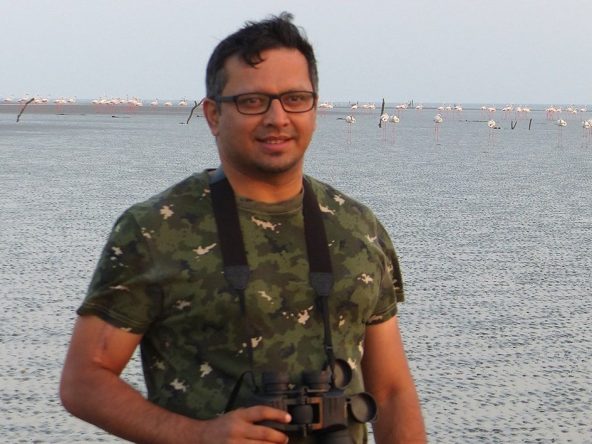 Bijoy Venugopal is a communications professional and travel writer based in Bangalore. He began birding in 1989 with the Birdwatchers’ Field Club of Bangalore. An avid trekker, he enjoys rough travel and camping outdoors. His inexhaustible love for the outdoors has led him to watch birds in 17 countries, although his favourite haunts remain the Himalayan broadleaf forests and the sholas of the Western Ghats. In 2021, he volunteered with Wildlife Trust of India in the search for the elusive White-winged Duck in Arunachal Pradesh, locating favourable habitats for the bird in Mehao Lake in Mishmi Hills. Since 2006, he has been the founder-editor of The Green Ogre (https://www.greenogreindia.org), a collaborative blogging project to unravel nature’s layers for the layperson. 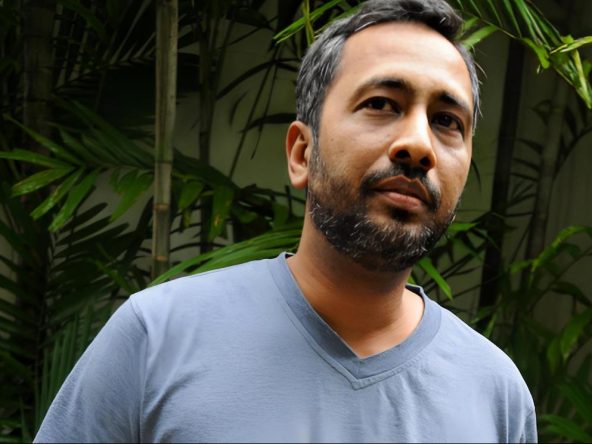 Shyamal is an independent researcher with a broad training in biology, statistics and numerical computing. His work has been at the intersection of computation and biology. He has been interested in the outdoors, natural history of India, and the history of science. He is a practitioner of open science and is one of the most prolific Wikipedia editors on topics related to Indian natural history.He also contributes free-licensed images to Wikimedia Commons where he also produces illustrations using Inkscape that are free for reuse. He blogs at https://muscicapa.blogspot.com. 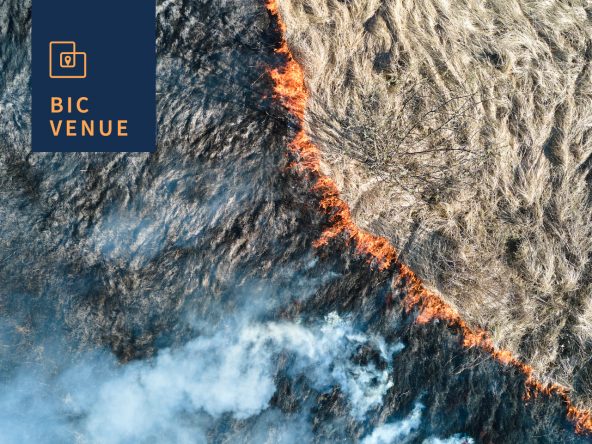 Towards a Historical Approach