An evening of Dhrupad & Khayal 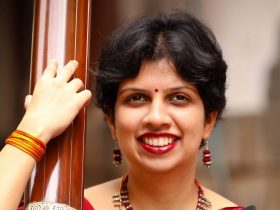 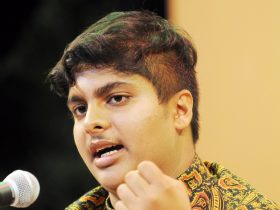 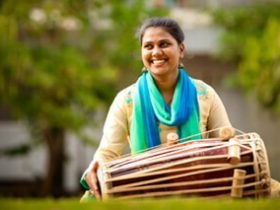 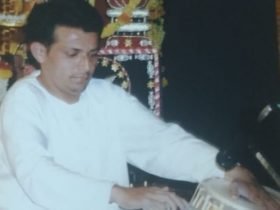 Dhrupad is a genre of Hindustani classical music that is believed to have been derived directly from Vedic music, Samagana, the song of the Sama Veda, which is also called the musical Veda. Khayal is a genre that evolved later, attributed to the introduction of Persian thought. In fact, some say that Khayal, which means imagination or thought, was derived from Qawwali, a form that was devotional in nature and was sung by wandering Qawwals or minstrels. Khayal is less rule bound than Dhrupad, but its genesis from the latter is obvious.

In this evening’s performance, we will witness Dhrupad in its purest form as rendered by Janhavi Phansalkar, an outstanding young artist who has lived in the Dhrupad Gurukul run by the Padmashri Gundecha Brothers and learnt the art form in the traditional Guru Shishya Parampara, with dedication and intense sadhana or practice.

The Khayal presentation by Nishant Panicker, a gifted young vocalist, with rigorous taleem from the doyenne of the Agra Atrauli Gharana, Vidushi Lalith J. Rao, will reflect clearly the origins of Khayal from Dhrupad as well as the contextual changes as the music moved out of temples and forests to royal courts and Mughal influences.

The final piece of the evening when both vocalists participate in a Jugalbandi, each singing in their own genre, and finding synergy in commonality and variance, is bound to pique the interest of knowledgeable rasikas as well as listeners new to both genres.

Sunaad is closely associated with both artists and proudly presents them under the banner of their SaRe programmes, Supporting Artists Rejoice in Expression. The artists include Anuja Borude on the Pakhavaj, who will accompany the Dhrupad and Shashibhushan Gurjar on the Tabla for the Khayal rendition.

This evening is presented by 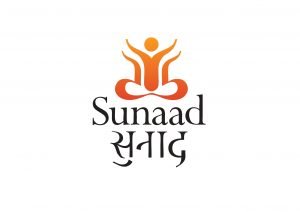 Sunaad is an eclectic group of singers, composed of students, home-makers and working professionals, all of whom share a common passion – a love for Hindustani classical music. The group is led by Tara Kini, a classical singer and educationist.

Since its inception in 2002, Sunaad’s endeavour has been to make classical music and philosophy accessible to audiences of all ages. Narrative and theatrical elements are interwoven into each show to help elucidate a wide range of themes, from the historical evolution of classical music, to an understanding of Dhrupad, to the Sufi poetry of Rumi to the message of the Upanishads. These ideas have found expression in seven unique shows with over 70 performances in cities across India, and have met with great appreciation everywhere. 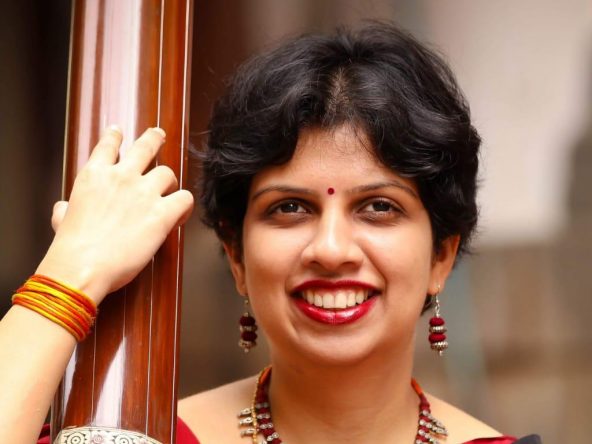 Janhavi Phasalkar is a young exponent of the Dagarvani style of Dhrupad.

Janhavi’s training in music started at the age of 5 in Khayal, from Dr. Usha Parkhi in Nagpur that continued for 10 years. After her move to Pune, Janhavi started training with the Gwalior Gharana maestro, Vidushi Veena Sahasrabuddhe. In the next 8 years, as Janhavi learnt the nuances of Khayal singing, she secured the 2nd position in the AIR national music competition, 2013, received the NCPA-CITI scholarship the same year, and performed at the prestigious Saptak festival, Ahmedabad. She also performed at various other platforms in Mumbai and Pune. 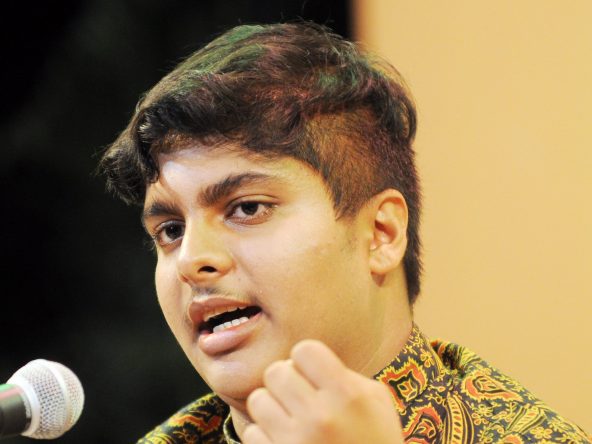 Nishant Panicker, was initiated into Hindustani classical music at the age of six. He received vocal lessons and early inspiration from the sarod maestro Pandit Rajeev Taranath. When Taranathji moved to Mysore, he entrusted Nishant to Vidushi Lalith J. Rao, doyenne of the Agra-Atrauli Gharana. With Lalithji’s caring, encouraging and astute guidance over the past twelve years, Nishant has blossomed into a delightful performer with confidence and skill in raga vistaar, layakari and bol banaav, in line with the Agra tradition. At 18, Nishant was among the youngest in the country to have received the prestigious NCPA Hindustani Vocal Scholarship 2016-17. A regular performer in Sunaad, Nishant has sung in many productions and is also an avid Kathak dancer, with over twelve years of training, He graduated with a B.Sc. in Biology from Azim Premji University, Bangalore and is going on to pursue a PhD in Systems Biology from the University of Pittsburgh. 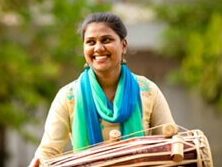 Anuja Borude started learning Pakhavaj at the age of 8, from Shri Samadhan Maharaj Suradkar of Dehu. She continued classical training in Pakhavaj from H.B.P. Shri Ashok Maharaj Panchal of Alandi. Starting in 2008, for a period of about 2 years Anuja continued classical training under Pandit Vasantrao Ghorpadkar of Nana Panse Gharana. From April 2014 she is learning in the Bhopal Gurukul, Dhrupad Sansthan, from Pandit Akhilesh Gundecha in the Guru Shishya tradition.

Anuja has participated in many concerts in India and abroad. She has been awarded a scholarship from the Centre for Culture, Research and Training, Government of India. At 23, she has accompanied many prominent Dhrupad and Khayal artists. 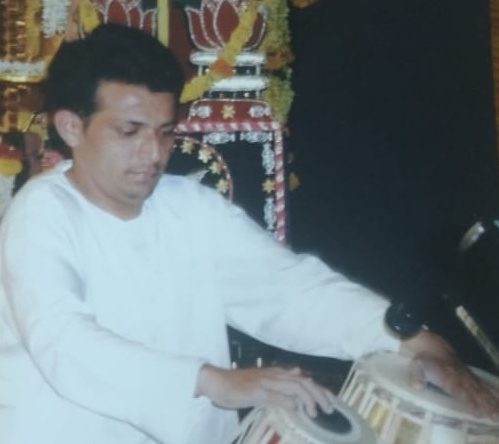 Shri Shashibhushan Gurjar began his initial tabla training under Shri Ramesh Bhat Joshi of Dharwad and continued to learn from Prof. Sanjeev Poddar of Sirsi. He further took guidance from the renowned Pt. Basavaraj Bendigeri of Dharwad. He has procured both the Karnataka state as well as national level scholarships. He has provided accompaniment for many recordings at the All India Radio and Doordarshan. Shri Shashibhushan Gurjar has also played at major music festivals all over India and accompanied many reputed artists such as Vidushi Lalith J. Rao, Pt. Vijay Koparkar, etc.