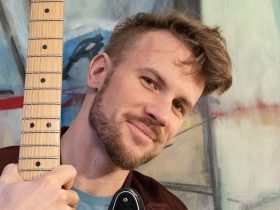 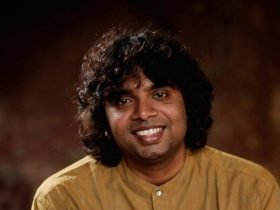 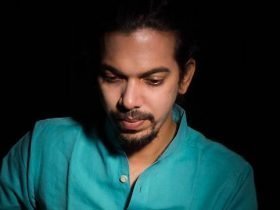 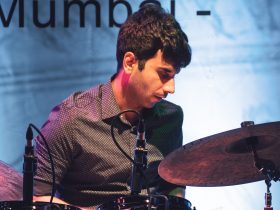 A coming-together of accomplished instrumentalists from India and USA united through a common love of improvisation, this will be an evening of music exploring the intersections of Hindustani music, jazz, and beyond. Utilising this unique combination of instruments and cultural backgrounds, this group encourages the ever-present opportunity for cross-cultural understanding and unity through music in today’s globalised and fast-paced world. 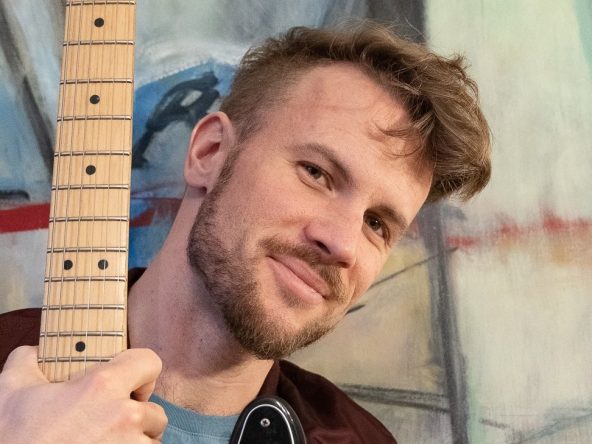 Xander Naylor is a guitarist, improviser, and composer living in New York City, who gathers the vocabularies and core energetic forces of jazz and Indian classical music, into a singular new sound, described by The Critical Masses as “a language all his own.” Rooted firmly in the culturally-rich NYC music scene, his music has brought him to perform all over the world, including the South by Southwest Festival (Austin, Texas, USA), Assomniak Festival (Brest, France), and the Chhandayan Annual Concert (Kolkata, India). Born of his own spiritual journey, and deep study of multiple Eastern and Western traditions, Naylor’s music gives vital breath to the most fundamental questions we face today as a culture, and as human beings. Naylor is a ground-breaking guitarist, and a fearless searcher, forging new techniques, extended sounds, and employing rhythmic acrobatics, all in service of a visceral experience which fosters and promotes greater understanding.

In addition to maintaining a career as a performer, Naylor is an established educator, with a specialty in promoting understanding in crossing between Western and Indian musical languages. In 2008 he began an ongoing relationship with tabla maestro Samir Chatterjee, with whom he has studied the music of India, adapting its sounds and techniques onto the guitar and within the Western styles of rock, pop, and jazz. He currently teaches at The New School for Jazz and Contemporary Music (NYC), while also teaching private students and conducting workshops. He has performed and conducted workshops throughout the NYC area, including at Columbia University 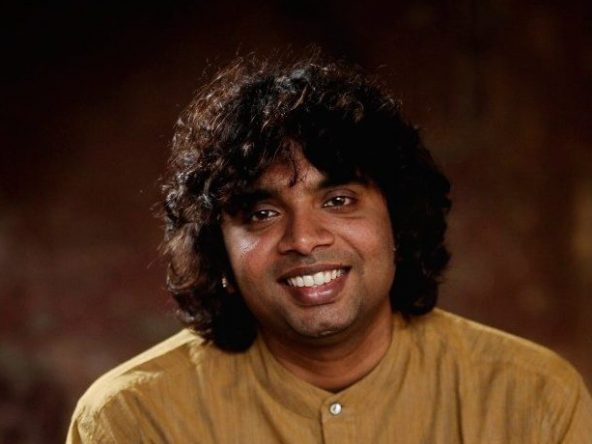 Kedarnath Havaldar is fortunate to be born into a family of musicians. His father, Dr. Nagaraj Rao Havaldar, is a renowned Hindustani Classical Vocalist. An eminent vocalist, he has enthralled the audience and scholars through his soulful performance and lecture demonstrations in India and abroad. Kedar’s mother, Sudhamayi, is a trained musician and a graduate from the College of Fine Arts in Mysore. His elder brother, Omkarnath, is an accomplished vocalist, having already established a nichė in the field of classical music.

Kedar’s journey in music began with vocal training from his father at a very young age. But young Kedar was fascinated by the possibilities of Layakaari, rhythm and the Tabla. As it is said, “Swaramaatha Layapithaa,” (Melody is the mother and Rhythm is the father). After pursuing his vocal training for five years, his initial training in Tabla began under Pt. Rajgopal Kallurkar, a renowned maestro of the Faroukhabaad Gharana. Kallurkar’s affectionate training for the next 12 years helped Kedar blossom as a competent soloist and an accompanist. Kedar’s quest for knowledge drove him to Pt. M. Nagesh, another dedicated teacher, and a disciple of Pt. Puttaraj Gawai. Panditji’s vast experience and interaction with many senior musicians has been handed over to young Kedar with much forethought and care. Kedar is also a recipient of Kishora Prathibha Puraskaa, a state award for Tabla.

Presently, Kedar is learning from the internationally renowned Tabla maestro Pt. Samir Chatterjee. He went to Kolkata for a true Gurukul experience, in the year 2009 and continued his Taaleem from Samirji in the Chhandayan Centre for Indian Music, Manhattan, New York, for the next 2 years and continues to learn his Guru. He has completed his Post-Graduation in Tabla with a Gold Medal (Master of Arts) at KSGH University, Mysore. Kedar’s constant interaction with his Guruji and the visiting musicians of the Chhandayan Center has fine-tuned his musical thoughts.

Kedar is extremely privileged to receive a special taaleem of vocal accompaniment under great Maestros like Pt. Madhava Gudi, Pt. Panchaksahri Swami Mattigatti. Presently, he trains with his father, Pt. Dr. Nagaraj Rao Havaldar and Pt. Indudhar Nirody. Constant interaction with these Maestros has made Kedar a sought after accompanist. Academically, Kedar was active with the Azim Premji Foundtion teaching “Indian Rhythms in the course Introduction to Indian Classical music” and now currently teaching a course independently on “Global Rhythms – A World Phenomenon”. 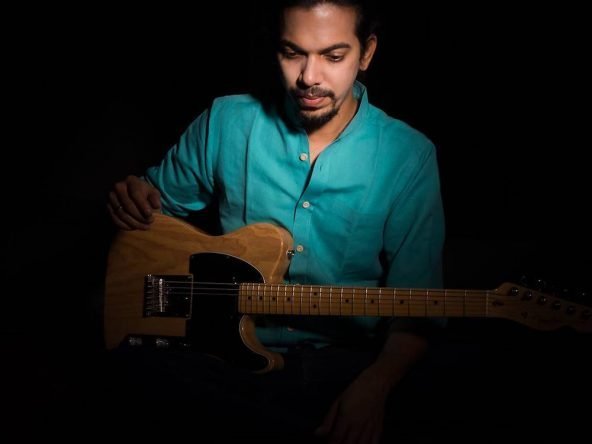 Vinay Kaushal is a Composer, Guitar Player and Music Educator who has been a part of the independent music scene in India for more than a decade. He is an alumnus of the Musician’s Institute, Hollywood (GIT). Vinay officially endorses Fender Musical Instruments and Ernie Ball Strings in India and has been affiliated with both since 2015.  He released his debut album “Naked on a Train” in January 2018 and has received accolades from some of the top names in the music industry.

Vinay is all about writing and composing original music and is associated with quite a few popular acts. When he is not touring or playing gigs, he works as a music producer and composer with several projects under his belt including music production for independent artists, sessions for films and composing music and teaching upcoming musicians. He strongly believes that music can change how you perceive life. 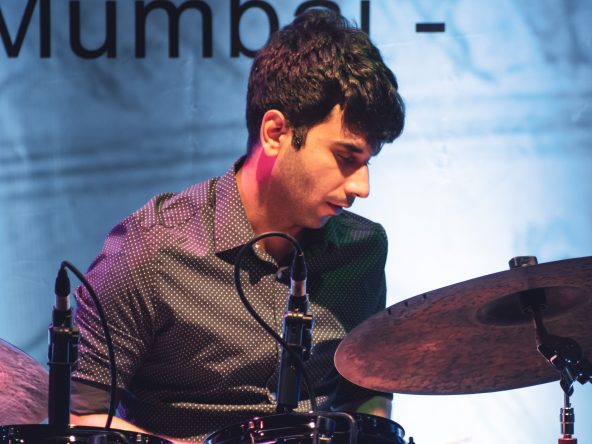 Having been a student of the drums for over a decade and music as a whole for the same period, Shreyas brings his unique influences as a drummer to the project. Shreyas’ playing and production is an amalgamation of his years spent performing varied genres across stages in and outside India, as well as learnings from his experiences as a composer of film music, background scores and other visual media.