A Night at the Opera

A concert of arias, duets, trios and choruses from some of the most beloved operas by The Bangalore Men 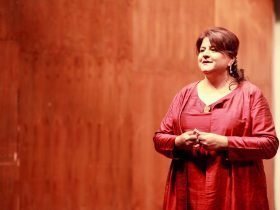 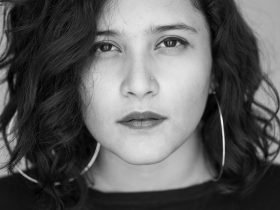 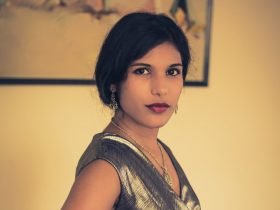 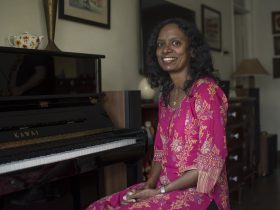 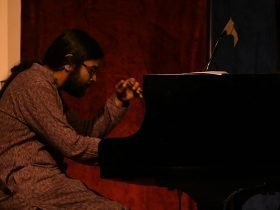 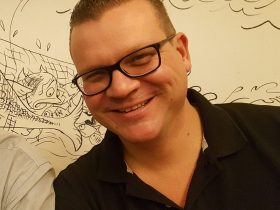 A Night at the Opera

The Bangalore Men, in collaboration with pianists and soloists, present “A Night at the Opera” – a concert of arias, duets, trios and choruses from some of the most beloved operas, such as Carmen, The Magic Flute, Tosca and The Flying Dutchman. Come join us on a journey into the world of enchanted woods, magic flutes, love, hate and death; all vital ingredients to create the world of opera! For ninety minutes, we will together explore this art form, which has been a pillar of Western classical music for centuries.

Accompanying us on this journey, we have guest artists Payal John (soprano), Anisha Chandy (soprano) and Tanisha Herbert Rozario (mezzo-soprano); and at the grand piano two of the country’s most eminent pianists- Ms Rebecca Thomas Colaco and Mr Shantanu Patel.

The Bangalore Men – an all-male voices ensemble, launched in January of 2016, consists of 18 singers- all with many years of previous experience singing in choirs. The group focuses on Western classical music, ranging from medieval music to the contemporary era, and is conducted by Jonas Olsson- voice faculty at Bangalore School of Music.  Since its inception, the choir has conducted over 50 concerts all over India, and have regular collaborations with both resident and visiting musicians, groups and institutions; such as the Symphony Orchestra of India, Karnataka Chitrakala Parishath, NCPA Mumbai, Goa University Choir, the Monte Music Festival (Goa), and the Ketevan Sacred Music Festival (Goa). In 2017, the choir became the first group in India to receive Distinction in the Advanced Choral Exam by the Associated Board of the Royal Schools of Music (ABRSM). 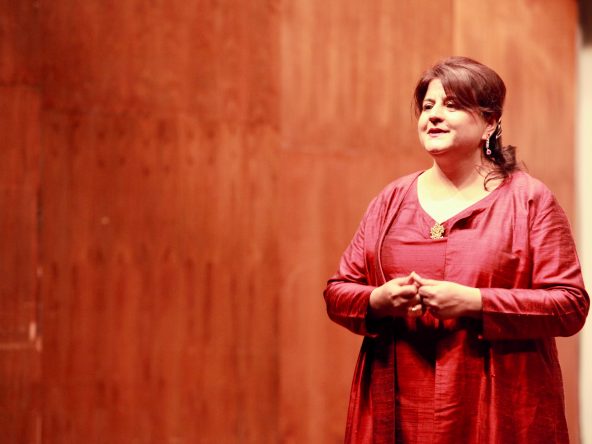 Payal John started singing Indian Classical music when she was 9 years old. In 2000 she joined the Delhi Christian Chorus and in 2001 decided to train further in Western Classical Music. She got her foundation in music from Ms Situ Singh Buehler, and has also been part of the voice faculty at the Delhi School of Music. She is a lyric soprano and her repertoire includes opera, sacred classical music and Lieder. Ms John holds an Associate Diploma from Trinity College of Music (London), and has studied under various voice coaches from India, Sweden, Italy and France. In 2017 she sang the soprano solo in Beethoven’s 9th Symphony in Bangalore, and she is also a sought after concert soloists all over the country. Payal currently coaches young singers in their musical journey at The Bangalore School of Music. She is a regular soloist with The Bangalore Men, having performed with the group since 2016 at various venues throughout India. 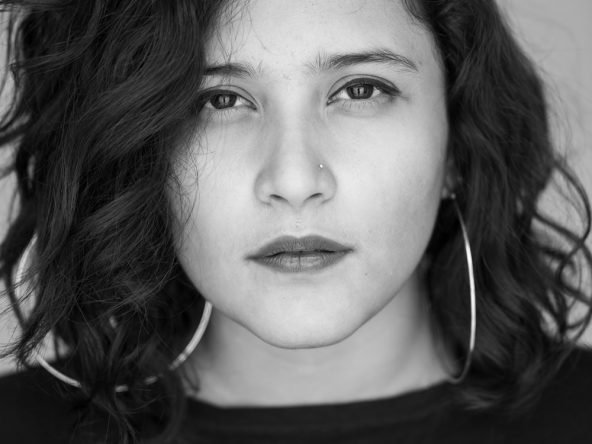 Anisha Chandy is a classical lyric soprano and has been performing since she was thirteen years old. Her repertoire includes sacred music, opera, lieder and classical crossover. She has also been a recording artist in the Indian film industry since the age of twelve. In 2017 she was accredited the Licentiate Performance Grade Certificate by the Trinity College London, scoring the highest in the country. She is currently pursuing the acclaimed FTCL Fellowship. Her singing experience includes travelling and performing with various artists and accredited choral groups such as The Singapore Symphony Chorus and Orchestra, The Indian Symphony Orchestra, The Paranjothi Chorus and the Madras Musical Association, AR Rahman and Illaiyaraja and the Bangalore Broadway Company. 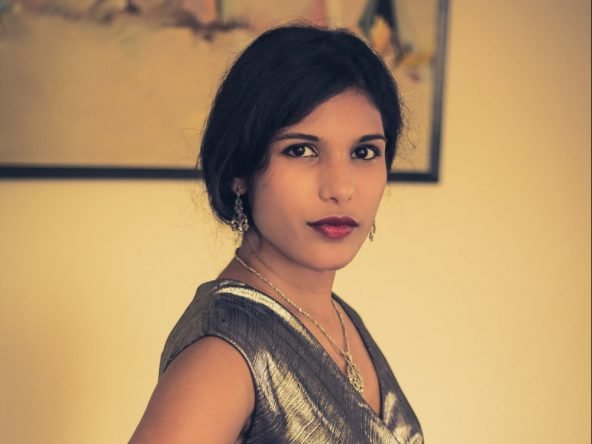 Tanisha Herbert Rozario is among the handful of vocal coaches in India to have been awarded a Licentiate level Diploma in Music Performance and a Diploma  in Teaching the Principles of Music from The London College of Music, UK. She is the recipient of the first prize at The Neemrana Voice competition – The Godrej Talent of India Award, 2018. She is a seasoned performer and regularly performs solo, choir and opera concerts throughout India. Her accolades include having being the first ever Indian chosen to participate in the Centre for Opera Studies in Italy, and winning the Theme Kawai Rolling Trophy for Best Musician for 2011 and 2012. Over the past decade Tanisha has studied under visiting artists and music professors from Sweden, Canada, the United Kingdom, Germany, India and the United States of America; her repertoire include opera, Lieder, English folk song, French art song and Broadway. 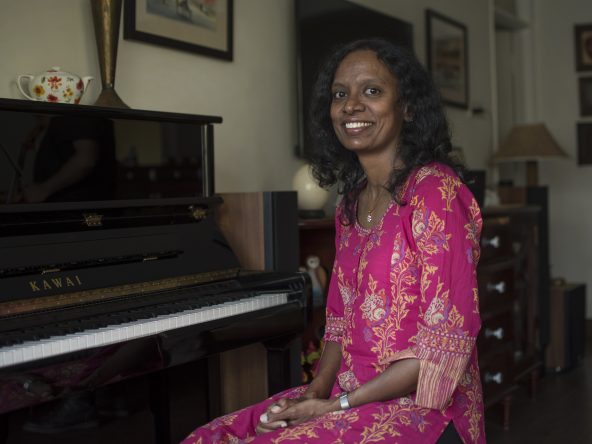 Rebecca Thomas Colaco heads the piano department at the Bangalore School of Music, where she teaches piano and also excels as an accompanist. In addition, she also runs a highly successful ‘Early Music’ program for little children, and provides music therapy to special needs persons. Becky’s gift for music blossomed during the 12 years she trained with Mrs Louise Pinto, and the twenty years she has been associated with the Bangalore School of Music. As a performing artist, Becky looks forward to continually expanding her repertoire and playing with chamber music ensembles. Above all, her dream is to set up a Music Therapy Centre at the BSM so that the differently-abled can also experience the joy that music brings. 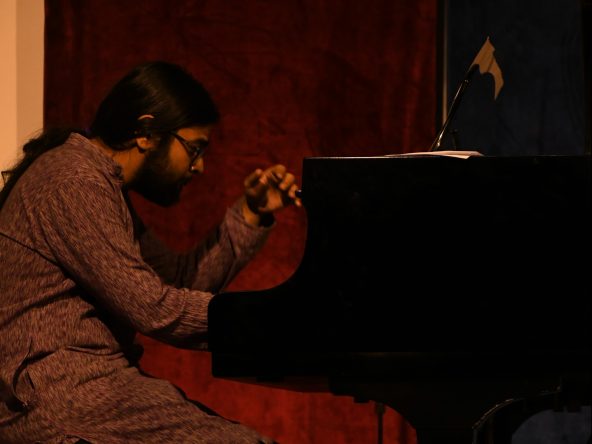 Shantanu Patel is a pianist from Ahmedabad, India. He graduated with a Masters in Music, specialising in advanced piano performance and conducting skills, in July 2017-from the Royal Conservatoire of Scotland. As a concert pianist, Shantanu made his debut concerto performance with the London Firebird Symphony Orchestra in 2015, playing Mozart’s Concerto in D minor K466 with his own composed cadenzas combining Indian classical elements. Since then he has performed extensively in the UK. Currently he is performing throughout the country and teaching as a piano faculty and lecturer in music and KM Music Conservatory, Chennai. 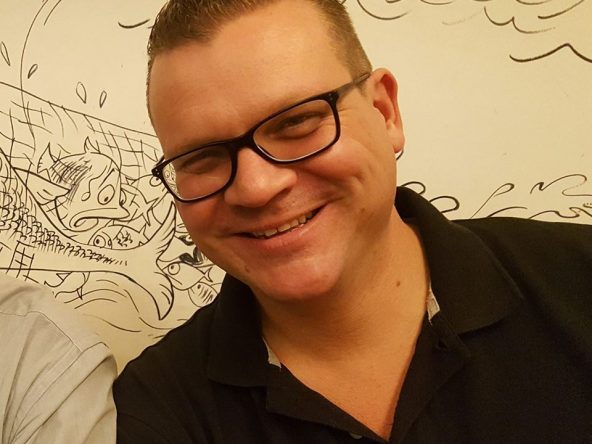 Jonas Olsson hails from Gothenburg, Sweden, where he got his musical foundation in the Gothenburg Boys’ Choir, which he became a member of at a young age. This choir continued to be his foundation, and he pursued studies in musicology at the Conservatory of Gothenburg, alongside vocal coaching by Prof Gunnar Forshufvud and Ms Maria Forsström. A resident of Bangalore for over a decade, Jonas has performed extensively in India, both as a soloist and with his choir- The Bangalore Men. Since September 2015, he is part of the vocal faculty at The Bangalore School of Music, where he coaches advanced voice students in their musical journey and also prepares them for various musical examinations and entrance exams.