A Canopy of Arrows; A Mountain on Fire

A lecture by BN Goswamy on an illustrated Bhagavata Purana manuscript of the Mysore Court. In collaboration with the Museum of Art and Photography 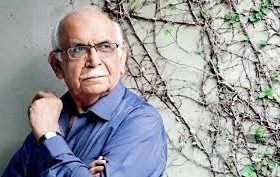 With the exception of the work done in the Sultanates of the Deccan, relatively little attention, certainly compared to the attention that schools of painting in the north have received, has gone to painting in the southern parts of India. Even rarer has been the fact of a complete, surviving manuscript from the south being taken in hand and studied in such detail. This book from Mysore, therefore stands out and shines, not only because of the splendour of its illustrations, but also because it engages with an enduring theme—that great and sacred text: the Bhāgavata Purāna—in a manner, and from an angle, that is completely different from almost anything else that one sees. There are leaps of imagination here that take one’s breath away, and the episodes picked up by its great but unnamed illustrators are explored in dense, brilliant detail.

At each step the painters seem to have been aware of the importance of the text itself. For the Purāna they were engaging with has a very special place in the heart of devotees, there being the belief that the Bhāgavata ‘is equal in status to the Veda’. ‘Those who have drunk with their ears even a single syllable of the story of the Bhāgavata are freed from the cycle of birth and death’, it has been said. The narrative in their hands, therefore, remains not simply an absorbing narrative, but can be seen immersed in bhakti—devotion—that is the leitmotif of this Purāna. The scope of the volume is restricted to the second half of the Tenth Book of the Purāna—in which the winsome childhood and the seductive growing years of Krishna get left out—but as a devotee one is led into a different world. Here the city of Dwarka is founded, a fierce contest with the bear-king Jambavana is fought, the Khandava forest is burnt down, the great fortress of Narakasura is attacked and vanquished, the city of Hastinapura is dragged to the waters, great pilgrimages are undertaken, hordes of enslaved princes are freed, Shishupala is slain, Jarasandha is riven. Wide-eyed, one sees wonders piling upon majestic wonders.

The Museum of Art & Photography (MAP) is a world-class museum set to open in the latter end of 2020 in the heart of Bangalore’s museum district on Kasturba Road. MAP is custodian to a growing collection of over 18,000 artworks predominantly from the subcontinent and dating from the 12th century to the present and has been organised into six key departments: Modern & Contemporary Art, Photography, Folk & Tribal Art, Popular Culture, Pre-Modern Art and Textiles, Craft & Design.

While the museum’s physical space is being built, MAP is carrying out its mission through a variety of programmes and projects, including loans, exhibitions, educational workshops and lectures. 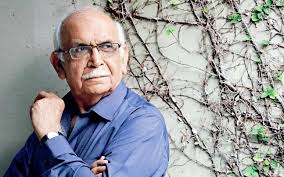 BN Goswamy, India’s leading and much-honoured art historian, is currently Professor Emeritus of Art History at the Panjab University, Chandigarh. His work covers a wide range and is regarded, especially in the area of Indian painting, as having influenced much thinking.
Professor Goswamy has taught as Visiting Professor at different universities in Europe and the US. He has also written extensively. Among his most widely followed works have been: Pahari Painting: The Family as the Basis of Style (Mumbai, 1968); The Essence of Indian Art (San Francisco, 1986); Pahari Masters: Court Painters of Northern India (with E. Fischer, Zurich, 1992); Nainsukh of Guler: A great Indian Painter from a small Hill State, (Zurich, 1997); Domains of Wonder: Selected Masterworks of Indian Painting (with C. Smith, San Diego, 2005); and The Spirit of Indian Painting: Close Encounters with 101 Great Works (2014).