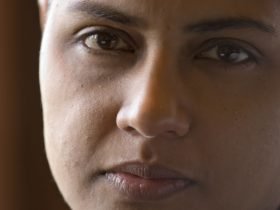 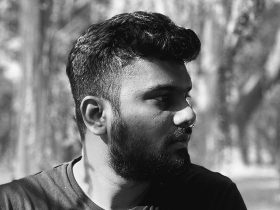 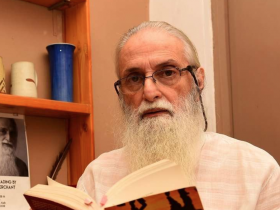 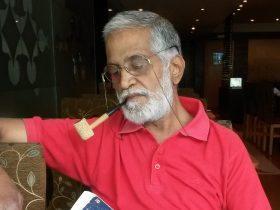 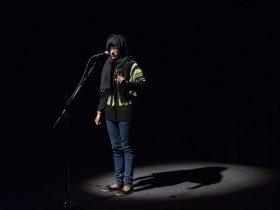 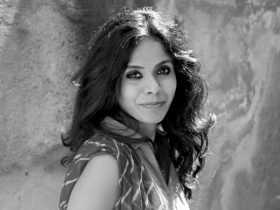 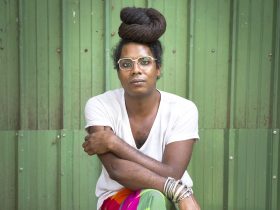 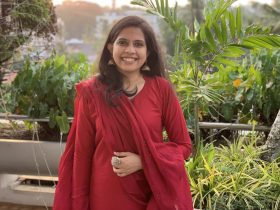 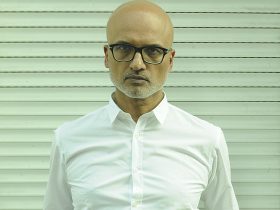 Jeet Thayil’s anthology The Penguin Book of Indian Poets is being released in April. It is the culmination of a project he began twenty years ago with a special supplement for Fulcrum, a poetry annual out of Boston. That was followed by 60 Indian Poets (Penguin India) and The Bloodaxe Book of Contemporary Indian Poets (Bloodaxe UK). This anthology, the final iteration, encompasses 75 years of Indian poetry in English. At 908 pages, it is voluminous and exhaustive, with 94 poets from all over the world. The poets of the Indian canon include Ezekiel, Kolatkar, de Souza, Das, Mehrotra, Ramanujan, Jussawalla, but so are vital newer voices such as Vijay Seshadri, Vahni Capildeo, Bhanu Kapil, Daljit Nagra, Rajiv Mohabir and Raena Shirali, among many others.
The press release is here. 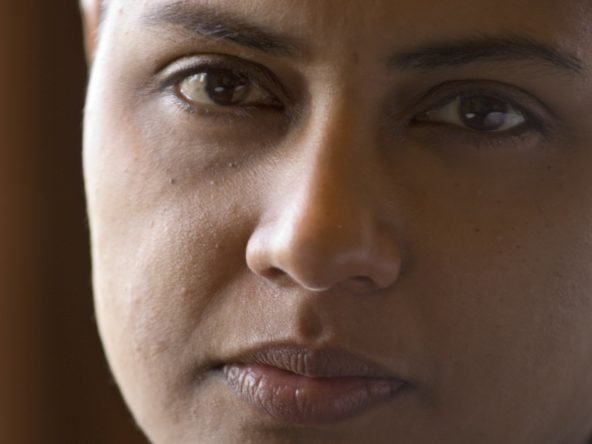 Poet & Translator
Mani Rao has ten books and chapbooks of poetry including Sing to Me (Recent Works Press 2019), and New & Selected Poems (Poetrywala 2015). Translations from Sanskrit include Bhagavad Gita (Fingerprint 2014) and Kalidasa for the 21stCentury Reader (Aleph 2014). Living Mantra: Mantra, Deity and Visionary Experience Today (Palgrave Macmillan 2018) is based on fieldwork in Andhra-Telangana. Mani’s translation of Saundarya Lahari will be released in 2022 from Harper Collins. 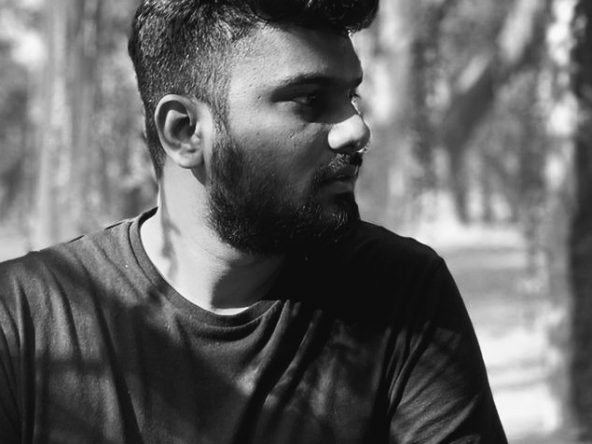 Prashant lives in Bangalore and works as a teacher, researcher, and writer. He was awarded the Srinivas Rayaprol Poetry Prize in 2019. His poems have appeared in Bombay Literary Magazine, Nether Quarterly, and Haakara among others. He teaches and writes about cinema and visual culture and works on a web-archive of Bhakti and Sufi oral traditions with The Kabir Project. He is also part of a writers collective called brown-study works. 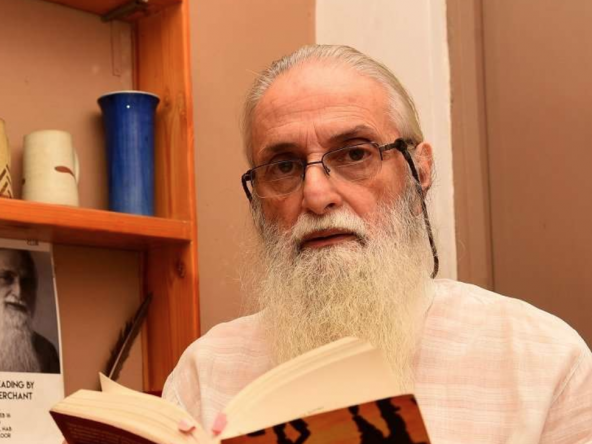 Hoshang Merchant (b. 1947) has authored twenty-nine books of poetry, literary commentary, translations, memoirs, and anthologies including Yaraana: Gay Writing from India (1999) and most recently Secret Writings of Hoshang Merchant (2016) and My Sunset Marriage: One Hundred and One Poems (2016). In the mid-1980s, Hoshang made Hyderabad home and taught generations of students at the English Department of University of Hyderabad till he retired in 2012. 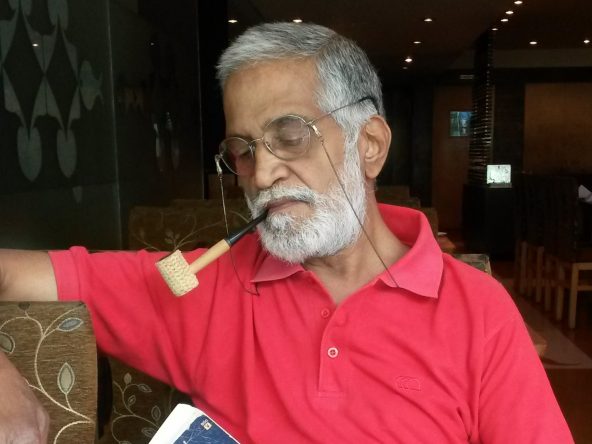 K.V.K. Murthy was a banker for much of his life. He is among a handful of Indian poets whose influences can be traced to Dom Moraes and to the poets of the British mid-twentieth century. He moderates the online writers’ network ‘Shakespeare and Company‘ with Pragya Thakur. His first book of poems is forthcoming from Copper Coin in 2022. He lives in Bangalore. 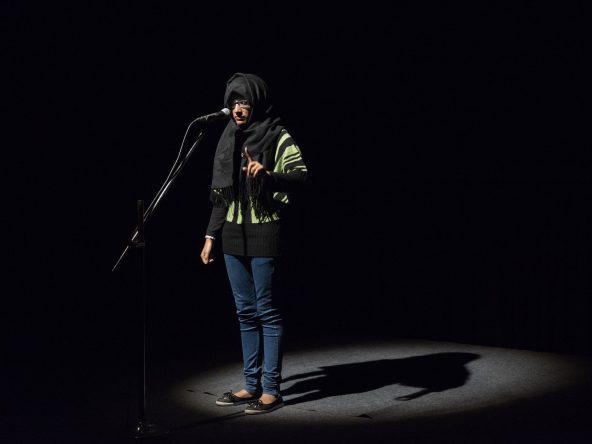 Mariyam Saigal is a bipolar, queer, Muslim woman who suffers from hearing impairment. Originally from Maharashtra she lives in Bangalore now. Leaving an abusive home, Mariyam has made quite a life for herself within 6 years. She has completed her bachelor’s degree in psychology, now she’s pursuing a degree in law. She paid all her college fees by selling zines online. She has won several slam competitions and she has shared a stage with some big names. She has been featured at WeTheWomen (Barkha Dutt’s festival), TEDx, Spoken Fest, LF18, Under25 and so many other festivals. She loves Busking on the street and writing poetry for strangers. She was part of the government’s initiative to include more pedestrian streets in Bangalore. She’s been on her own from a very young age and her poems capture her insight about her life and the current times. Mariyam has changed her address multiple times due to the threats she has received. She has been planning to retire her satirical poems and stop performing poetry due to the risks involved. This may be one of her last performances. 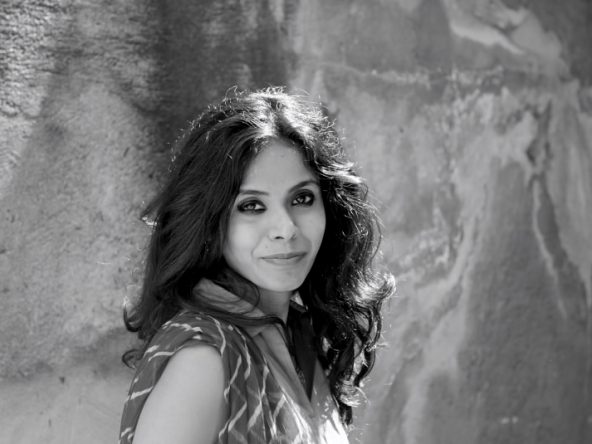 Meena Kandasamy (b. 1984) is a poet, novelist and translator. Her writing aims to deconstruct trauma/violence, focussing on resistance movements for caste annihilation, feminism and self-determination. She explores this in her poetry and prose, most notably in her books of poems such as Touch (2006) and Ms. Militancy (2010) as well as her three novels, The Gypsy Goddess (2014), When I Hit You (2017), and Exquisite Cadavers (2019). Her novels have been shortlisted for the Women’s Prize for Fiction, the International Dylan Thomas Prize, the Jhalak Prize and the Hindu Lit Prize. She has been a fellow of the University of Iowa’s International Writing Program (2009) and a Charles Wallace India Trust Fellow (2011). Tomorrow Someone Will Arrest You, her latest collection of poetry is to be published this year. 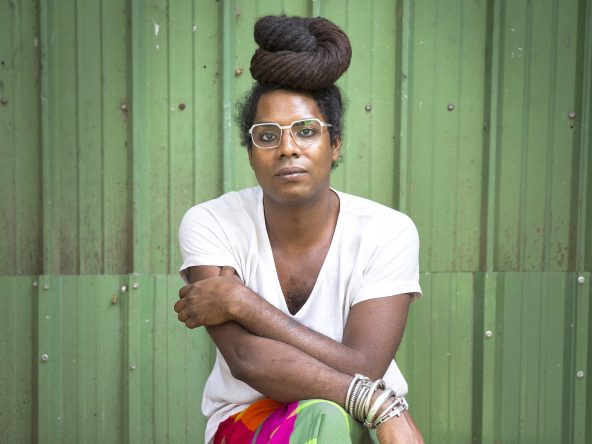 Joshua Muyiwa, not yet 37, started writing because he was told, ‘it is time to stop seeming arty and pretentious and actually earn the tags by doing something’. He is queer. He presently writes Arts & Culture — South India, on the queer life, on television for News 9. He has worked as Editor–Dance at the magazine TimeOut Bangalore, has written a weekly column in the Bangalore Mirror – Gazing Outwards – that talked about race, sexuality, art and the police force in the city for seven years. He has written for publications like The Week, Tehelka, Hindu Businessline, Firstpost, Mint Lounge, Fifty-Two.in, Chimurenga, LensCulture, Conde Nast Traveller, The Goya Journal among others. He is a poet and has won the Toto Award for Creative Writing in English in 2012 for The Catalogue, a series of nine poems on the history of photography and poetry told through the relationship between a photographer and a poet. His poems have been published in Poetry with Prakriti, The World That Belongs To Us: An Anthology of Queer Poetry from South Asia and elsewhere. And he makes poetry-performances like Come, Lie With Me, where strangers are invited to a one-on-one poetry reading experience in the poet’s bedroom. 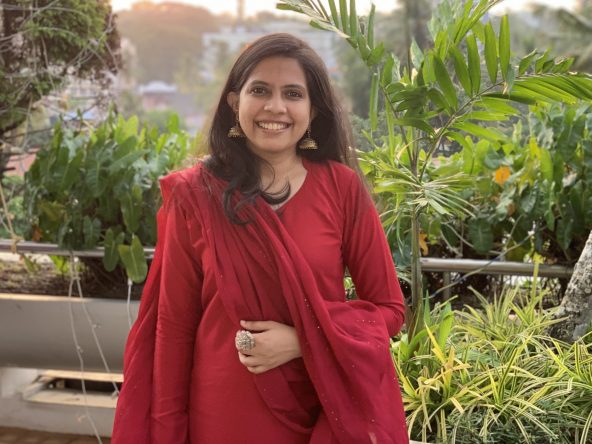 Zainab Ummer Farook is a Kozhikode daydreamer moonlighting as a content writer in Pune. She is best known for her incorrigible sweet tooth and her inability to stay away from Instagram. Her poems have been featured in The Bombay Literary Magazine, Nether Quarterly, and the anthology 14 International Younger Poets. Currently, she is learning to navigate the many travails of adulthood. 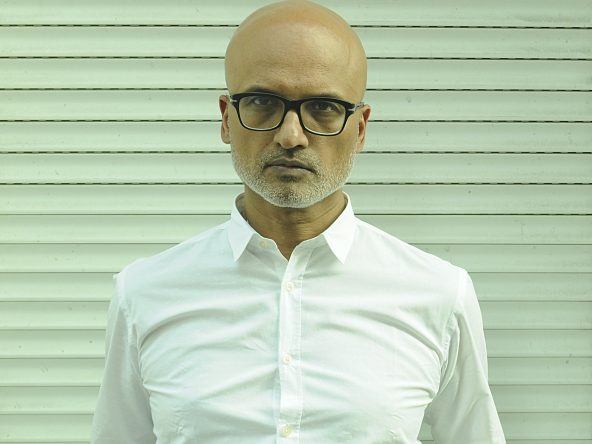 Jeet Thayil worked as a journalist for twenty-one years—in Bombay, Bangalore, Hong Kong and New York. In 2006 he began to write fiction. The first instalment of his Bombay Trilogy, Narcopolis, was shortlisted for the Booker Prize and became an unlikely bestseller. His five poetry collections include These Errors Are Correct, which won the Sahitya Akademi Award, and English, winner of a New York Foundation for the Arts award. As a musician, his collaborations include the opera Babur in London. His most recent novel is Names of the Women.