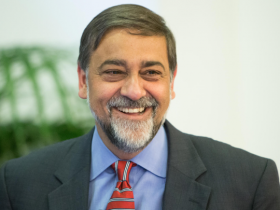 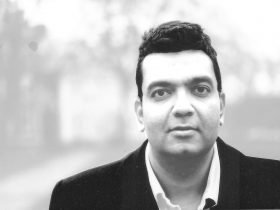 In this episode Vivek Wadhwa author, academic, entrepreneur explores the ideas in his book ‘From Incremental to Exponential: How Large Companies Can See the Future and Rethink Innovation’ in a conversation with Dr. Srivatsa Krishna, IAS and Secretary CEO of Coffee Board of India.

Ray Kurzweil of Singularity University has predicted that for the first time in human history, we are entering the “Exponential Era”. We are going to experience 20,000 years of technological change in the next 100 years- from the birth of agriculture to the birth of the Internet, twice, in the next century. We are living in the times when flying taxis, autonomous vehicles, robots as personal valets, reusable rockets are all happening in front of our eyes, most of them ready for prime time.

For the first time there is not only Moore’s Law like acceleration in several technologies but also convergence among them. How will these impact Governments? Can they remain immune to change or will this lead to more innovating governments? How must Governments in India and elsewhere leverage these technologies to serve better? How do we move from Incremental to Exponential in Government?

The original live event was in collaboration with the IAS Officers Association. 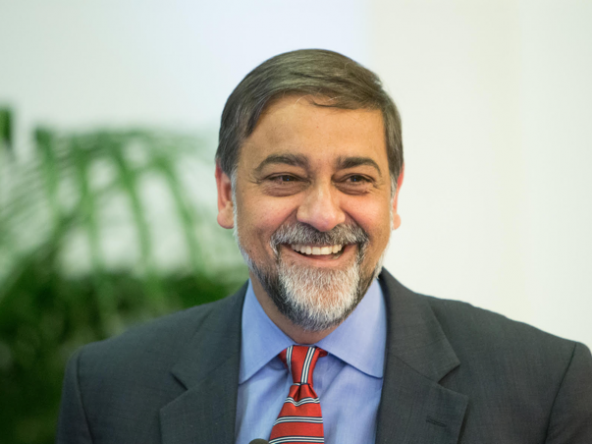 Prof. Vivek Wadhwa is a Distinguished Fellow at Harvard Law School’s Labor and Worklife Program. He is the author of five best-selling books: From Incremental to Exponential; Your Happiness Was Hacked; The Driver in the Driverless Car; Innovating Women; and The Immigrant Exodus.

He has been a globally syndicated columnist for The Washington Post and held appointments at Carnegie Mellon University, Duke University, Stanford Law School, UC Berkeley, Emory University, and Singularity University.

Vivek is based in Silicon Valley and researches, speaks, and writes about advancing technologies that are transforming our world. These advances – in fields such as robotics, artificial intelligence, computing, synthetic biology, 3D printing, medicine, and nanomaterials – are making it possible for small teams to do what was once possible only for governments and large corporations to do: solve the grand challenges in education, water, food, shelter, health, and security.

In 2012, the U.S. Government awarded Wadhwa distinguished recognition as an “Outstanding American by Choice” for his “commitment to this country and to the common civic values that unite us as Americans.”

He was also named one of the world’s “Top 100 Global Thinkers” by Foreign Policy magazine in that year; in June 2013, he was on TIME magazine’s list of “Tech 40”, one of forty of the most influential minds in tech; and in September 2015, he was second on a list of “ten men worth emulating” in The Financial Times. In 2018, he was awarded Silicon Valley Forum’s Visionary Award, a list of luminaries “who have made Silicon Valley synonymous with creativity and life-changing advancements in technology.”

Wadhwa holds a B.A. in Computing Studies from the University of Canberra, in Australia, and an MBA from New York University. He is founding president of the Carolinas chapter of The IndUS Entrepreneurs (TIE), a non-profit global network intended to foster entrepreneurship. He has been featured in thousands of articles in publications world wide, including the Wall Street Journal, The Economist, Forbes magazine, The Washington Post, The New York Times, U.S. News and World Report, and Science Magazine, and has made many appearances on U.S. and international TV stations, including CBS 60 Minutes, PBS, CNN, ABC, NBC, CNBC, and the BBC. 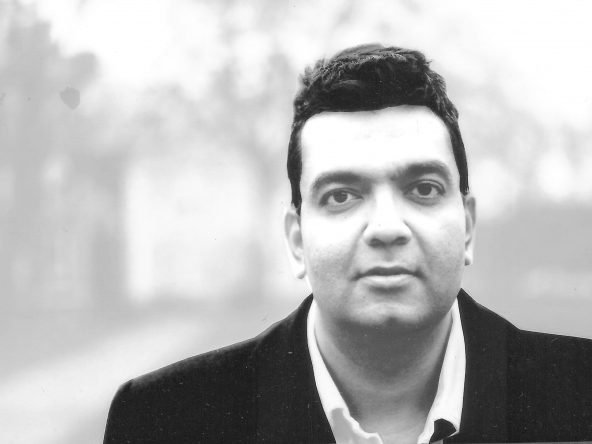 Dr. Srivatsa Krishna topped India in the prestigious National Civil Services Examination in 1994 to join the Indian Administrative Service, and was awarded the President’s Gold Medal. He went on to become the first serving IAS officer to complete the Harvard Business School MBA Program and is an alumnus of Modern School, Oxford University, SRCC, Jawaharlal Nehru University and IIT, Madras.

He has held senior leadership positions in the Governments of India, Andhra Pradesh, Karnataka and Delhi in the IAS, across various sectors such as technology & innovation, e-governance, development administration, urban infrastructure, health and commerce & industry. He was part of the core team of Chief Minister Chandrababu Naidu which set-up the new municipality of “Cyberabad” (outside Hyderabad), which is today one of the largest technology investment clusters in the world. He worked closely with McKinsey & Company to establish both, Cyberabad and the 1st e-government program (and e-governance as a sector), in India.

Under his leadership as Secretary IT, Karnataka established the Startup Warehouse (India’s 1st incubator for startups) in partnership with NASSCOM and authored the flagship I4, AVGC and ESDM Policies, & Start-Up Incentives, which brought in several major investments into Bangalore. Further a Karnataka Venture Capital Fund of Rs.100 crores was established to fund promising startups as also a new Bio Venture Fund along with a new Biotechnology Policy. The preparatory work for establishing the Science Gallery, as well as the first Karnataka GIS Portal was completed during this period as well. He led the conceptualization, design and implementation of MobileOne, India’s first mobile governance platform that awarded the Gold at the 1st World Government Summit 2016, beating the renowned UK.Gov App in the finals.

More recently as Secretary and Chief Executive Officer (CEO) of Coffee Board of India he led the introduction of the 1st blockchain enabled coffee marketplace, as also a mobile technology platform IVR-based extension service for farmers in partnership with Professor. Michael Kremer (Nobel Prize Winner 2019 for economics) and his organization PAD. These have been selected for expansion by the Bill & Melinda Gates Foundation recently. For the first time, five single-origin coffees received the globally recognized and acclaimed GI (Geographical Indication) tags and one of the world’s foremost coffee quality and barista labs, benchmarked to global standards, was established in India.

Prior to that he served in the Strategy, Finance and Risk Management Vice Presidency of The World Bank Group in Washington DC from 2003-2008 investing their proprietary capital, one of the largest in the world, and was engaged in developing their global strategy. Srivatsa was awarded the World Economic Forum “Young Global Leader for Tomorrow” Award in 2003 and the prestigious Global Thinkers50 Award, as one of the top 50 thinkers, in 2013. He was an invited member of McKinsey and Company’s Global Infrastructure Advisory Board as also invited as a Visiting Professor, Stanford University. He has published with Michael Porter, the strategy guru, and Clayton Christensen, the technology and innovation guru and also consulted with them.

He writes for many Indian and foreign publications including Wall Street Journal, Financial Times, Express Group, The Hindu Group, The Economic Times, BBC, CNBC and CNN and has also been widely cited in The Economist, Financial Times among others. As a serious avocation, he is an angel investor, mentoring select startups and a professional gadgeteer of personal mobile technologies and rare devices.

Srivatsa is on the Steering Committee of the Porter Prize in India and has been a speaker on the main Global TED Stage, World Economic Forum at Davos and the Harvard Centennial Summit and has earned a formal IMDB credit for playback singing in “Shanghai”, a motion picture where the protagonist is based on his life and has auditioned for Oscar Award winner AR. Rahman for a forthcoming production.