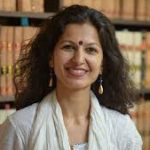 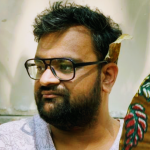 Supreme Court Advocate Jayna Kothari and Tejas AP talk about trans rights, important legal judgments in India, the US and elsewhere in recent years, and the path towards gender equity and inclusion.

This is the first of two episodes hosted by Tejas on gender equity and trans rights, and here Jayna unpacks the recent US Supreme judgment on LGBTQ workers’ discrimination, the decriminalisation of Section 377 in India, the 2014 NALSA vs. Union of India judgment on gender-based discrimination in India, and more. They discuss how India needs to now move beyond decriminalisation and start affirming positive rights for LGBTQ+ individuals, and pass new equality laws.

Jayna Kothari (@jaynakothari)is a Senior Advocate who practices in the Supreme Court of India. She is the co-founder of the Centre for Law and Policy Research in Bangalore. Jayna had argued in the Supreme Court in the recent constitutional challenges to Section 377 and adultery, which were both decriminalized.

Tejas AP (he/him/his) (@tejasap) lives and works in Bangalore. He heads Research Communications at Azim Premji University. He works with researchers to present their findings in as engaging and accessible a manner as possible to a general audience. He is an urbanisnt to the core, indulges in fantasy cartography, and tirelessly advocates for overconsumption of filter coffee.