29. Japan and the Writer’s Life (with Pico Iyer and Samanth Subramanian)

Pico Iyer in conversation with Samanth Subramanian. Part of the WorldLit series with BLF. 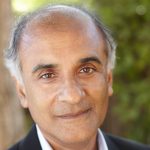 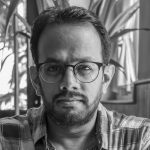 Pico Iyer (@PicoIyer) talks to fellow author and journalist Samanth Subramaniam (@Samanth_S) about his 32 years of living in Japan, learning from an ancient culture that remains hauntingly familiar and entirely impenetrable in the same breath.

In 2019, Iyer published twinned books about his adopted home, A Beginner’s Guide to Japan: Observations and Provocations and Autumn Light: Season of Fire and Farewells, addressing ping-pong and the art of trying to find hope in a time of uncertainty. These are the latest of Iyer’s 15 books, translated into 23 languages, and he has been a constant contributor to Time, The New York Times, The New York Review of Books, Harper’s and more than 250 other periodicals for more than thirty years. His four talks for TED have received more than 10 million views so far.

Samanth Subramanian is the author of, most recently, ‘A Dominant Character,’ a biography of the scientist and communist JBS Haldane. His journalism has appeared in The New Yorker, The New York Times Magazine, BusinessWeek, Granta and WIRED. He lives in Cambridge, England.