7. A Pandemic and American Politics (with Chidanand Rajghatta)

It’s a different world there 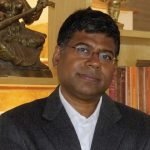 Chidanand Rajghatta
US based journalist and Author 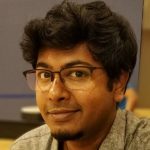 New York City and the United States of America have become the global centre of the Coronavirus pandemic in April 2020, with over half a million people testing positive for SARS-COV-2 across the US, and a loss of over 20,000 people. New York City alone accounts for nearly half the affected people in the USA.

Chidanand Rajghatta is a journalist, foreign affairs columnist and a Bangalorean – who has been writing for Indians from Washington DC for about 25 years. He discusses how the world’s largest economy and greatest power has responded to the pandemic threat so far. He shares his views on the kind of leadership that has been seen at the State and Federal level in the United States. He also talks about the upcoming US presidential elections, and US-India relations during this crisis.

Don’t miss Chidanand Rajghatta’s ongoing reportage from Washington DC on US politics and pandemic response in The Times of India.