97. Bengal Politics in Flux (with Jawhar Sircar and Siddharth Raja)

Making sense of the Left, Right and Centre 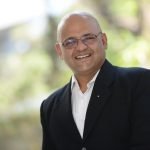 Jawhar Sircar is a public intellectual and a retired civil servant who writes and speaks often in the popular press. He served as the CEO of Prasar Bharati, India’s public broadcasting agency between 2012 and 2016. Before that, he was Secretary, Department of Culture, Government of India between 2008 and 2012. He writes regularly for the New Indian Express as well as several other publications.

Siddharth Raja is a corporate lawyer. He was previously on BIC Talks as a guest on Episode 34, to talk about the rich history of the Nandi Hills near Bangalore.