88. A Test Series for the Ages (Gideon Haigh and Sharda Ugra) 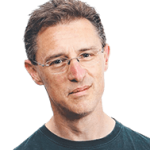 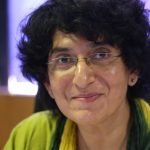 India is yet to get over its giddy excitement with the recently completed cricket Test series that was truly one for the ages. After being written off by all experts post the Adelaide Test (where India recorded its lowest ever score of 36), India bounced back to win at Melbourne, draw at Sydney and pull off a miracle at the Gabba in Brisbane (where the last time a visiting team won was in 1988). To help us unpack what happened we have an Australian and Indian perspective from Gideon Haigh, senior cricket writer and Sharda Ugra, sports journalist.

Gideon Haigh is one of the great cricket observers and writers of our times. He is an independent journalist, in the trade for nearly four decades. He was born in London, went to school in Geelong, and now lives in Melbourne.

Sharda Ugra has spent more than three decades in sports journalism, working with Mumbai tabloid Mid-Day, national daily The Hindu, India Today magazine and ESPNcricinfo and ESPN India. During this time, she has written and spoken about issues around Indian sport at home and abroad in popular and academic publications.