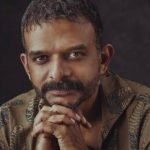 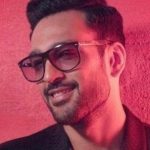 Ambassador Nirupama Menon Rao speaks to musicians TM Krishna and Ali Sethi about how a South Asian identity can be expressed through music.

This episode of BIC Talks is an edited version of the first half of a live online event hosted by the South Asian Symphony Foundation. The foundation’s co-founder Ambassador Menon Rao spoke to five artistes from across South Asia. The full event can be accessed on the SASF YouTube channel.

On another note, South Asian Symphony Orchestra’s Nivanthi Karunaratne, will be representing SASO in the Hope & Harmony Ensemble, formed by Washington-based Classical Movements, for the U.S. Presidential inauguration on the 20th of January, 2021.

From the majestic Himalayan peaks to the waters of the Indian Ocean, South Asia boasts of diverse landscapes. So too are the inhabitants of this region with their rich cultural heritage, distinct musical traditions and exceptional linguistic diversity. Permeating all aspects of life, music acts as a conduit that communicates a plethora of emotions, traditions, values and narratives of the lives of the people. From farmers of Sri Lanka who sing on their night watch to keep their crops safe from wild animals to boatmen in India, Pakistan and Bangladesh whose singing pierces placid rivers, to exuberant rhythms that infuse family gatherings with unparalleled energy, and the songs of the Afghan people, music in South Asia takes many forms and tells many stories as it accompanies the ebb and flow of more than a billion lives.

Although diverse in form and style, South Asian music is the creative expression of a people living in close proximity to each other. Music evolves with people and there are similarities as there are differences as genres influence each other. Collectively, South Asian music stands out on the global stage with its unique timbre, tempo and dynamics.