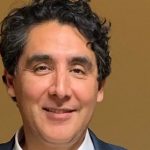 Perhaps the greatest among them was Malik Ambar, born in Abyssinia, arriving in India as a slave, and rising to power as the Prime Minister and de-facto ruler of the Ahmednagar Sultanate early in the 17th century.

Omar H. Ali is Dean of Lloyd International Honors College and Professor at the University of North Carolina Greensboro. He is an award-winning historian of the global African Diaspora and the author of several books.

This BIC Talks episode is an edited excerpt of Omar’s talk that was originally livecast on BIC Streams on December 11, 2020.

Do read Omar’s books on the subject: