70. The Tale of a Colonial Shikhari (with Joshua Mathew and Sheila Kumar) 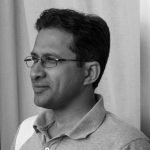 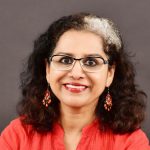 Joshua Mathew talks to Sheila Kumar about the life and story of Donald Anderson (1934-2014), one of the last colonial hunters or shikharis, who was a resident of Bangalore and lived a life quite removed from 21st century experiences and norms. They discuss Joshua’s 2018 book, The Last White Hunter: Reminiscences of a Colonial Shikhari and the themes explored in the book. They talk about the changing perspectives on how hunting was once a sport, how life in central Bangalore has evolved in the last century, and the larger-than-life character that was Don Anderson.

Joshua Mathew is the author of The Last White Hunter. He wrote the book over 7 years, having known Don Anderson in the last years of his life. He moonlights as a marketer and lives under the illusion that he is an amateur photographer, wildlife enthusiast, gamer, history buff, B&W film aficionado, and gastronome. He lives in Bangalore, and the book is being translated currently into Kannada and Malayalam. To learn more about the book and about Don Anderson, visit the website created by Joshua.

Sheila Kumar is an ad copywriter turned journalist and manuscript editor, as well as author of four books. Her books include a collection of short stories titled Kith and Kin, Chronicles of a Clan, novels No Strings Attached and Our Start-up Affair, and a book A Gluten-free Life (co-authored). She worked for the Times of India Group in Bangalore and Delhi, and then at Femina, for over a dozen years before turning freelance.