63. HP Gandhi and the World of Diatoms (with Karthick Balasubramanian) 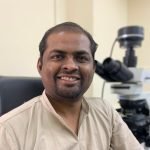 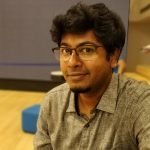 Researcher Karthick Bala talks to host Pavan Srinath about the microscopic world of diatoms, and discusses the life and work of HP Gandhi, a pioneer in the study of diatoms in India.

Diatoms are microscopic algae which are present in all water bodies, and occur in fascinating shapes and structures. Apart from producing almost 25 per cent of the world’s oxygen, diatoms find myriad invisible uses across human society and economy.

Hemendrakumar Prithviraj Gandhi (1920-2008) was a pioneer in studying diatoms across India, and discovered and catalogued about 300 different species as well as studied their distribution and behaviour. He conducted his entire life’s worth of research without any financial or institutional support, while teaching as a college lecturer and eventually a college Principal. Against great adversity, he published seminal work on Indian diatoms in top international journals. His work received new attention in the 2000s, thanks to the effort of Karthick Bala and others, and diatoms are better studied by a larger set of scientists in India in 2020.

Listen to Karthick take listeners through the world of diatoms, and share the work of HP Gandhi, and his own personal journey in rediscovering Gandhi’s corpus of work.

Karthick Balasubramanian leads the diatom diversity and distribution lab at the Biodiversity and Palaeobiology Group of the Agharkar Research Institute, Pune, India. His group works on the ecological and evolutionary processes responsible for the current diversity and distribution of diatoms in the Indian subcontinent. He is also interested in communicating science in English and Tamil to common people, especially the school children using diatoms for sensitizing river conservation.