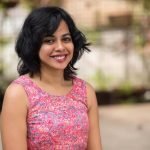 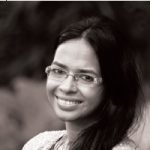 Authors Devi Yesodharan and Samhita Arni talk about how sex is depicted in literature and epics and how they can inform healthier conversations in the 21st century. They explore how Indian epics like Kalidasa’s Kumārasambhava, to Andal’s poetry, to the Arabian Nights and Dante’s Divine Comedy, approach various aspects on sex, courtship, and relationships. They also talk about how distorted modern sex education and understanding can be, and what role literature can play in dispelling taboos.

Devi Yesodharan is the author of Empire, a historical fiction novel on the Tamil king Rajendra Chola. Her book was nominated for the Tata Lit Live First Book Prize and the JCB Literature Prize. She is a Chevening Gurukul fellow and the co-founder of trendlyne.com. She lives in Bangalore.

Samhita Arni is the author of four books, and retells mythological stories. Her most recent book is The Prince. She was previously on Episode 10 of BIC Talks to talk about pandemics in prose.

If you want to read any of the books and epics discussed in the episode, you can check them out here: